Prince in the Studio (1975-1995): Volume One and millions of other books are available for Amazon Kindle. Learn more
Share 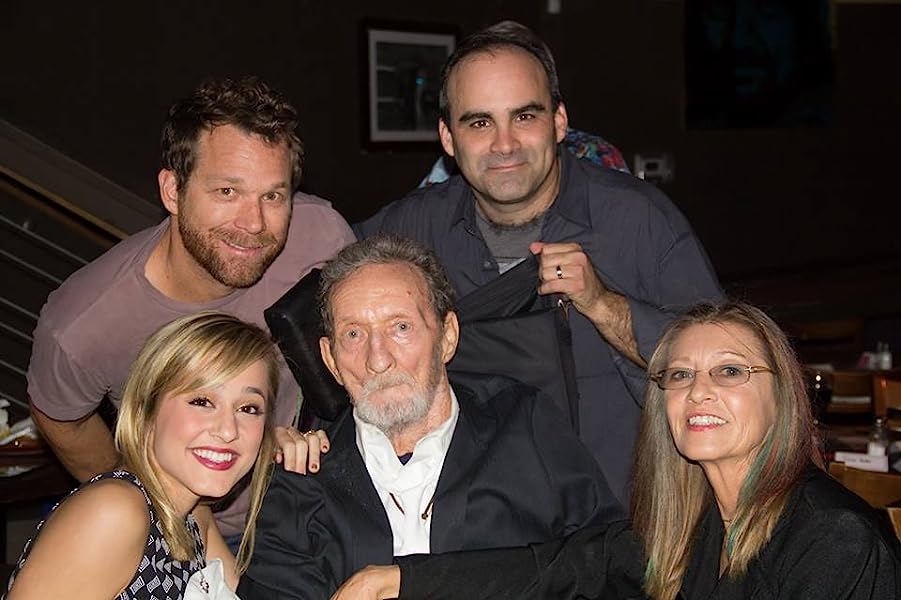 by Jake Brown (Author)
4.0 out of 5 stars 39 ratings
See all formats and editions
Sorry, there was a problem loading this page. Try again.

Jake Brown is the owner of the hard rock label Versailles Records and the author of more than a dozen books, including Dr. Dre in the Studio; Ready to Die: The Story of Biggie Smalls (Notorious B.I.G.); Red Hot Chili Peppers: In the Studio; and Suge Knight: The Rise, Fall and Rise of Death Row Records. He lives in Nashville, Tennessee.

4.0 out of 5 stars
4 out of 5
39 global ratings
How are ratings calculated?
To calculate the overall star rating and percentage breakdown by star, we don’t use a simple average. Instead, our system considers things like how recent a review is and if the reviewer bought the item on Amazon. It also analyzes reviews to verify trustworthiness.
Top reviews

Fernando H. Ramirez
5.0 out of 5 stars Forget the Gossip: This is the important stuff!
Reviewed in the United States on July 20, 2014
Verified Purchase
Read this knowing close to nothing about Prince. I mean... I've heard songs... obviously. I saw PURPLE RAIN when it came out, and enjoy watching it to this day. But I've never really known anything about the man. This book gave me what I was interested in... learning about him through his music and the studio. This book was amazing for that. Jake Brown hits it out of the park. Highly recommended for those interested in a music-focused book on Prince. In this book, the most important thing I learned was that Prince plays just about all of the instruments on his releases. Gained a lot of respect for him for his amazing command of writing and recording.
Read more
Helpful
Report abuse

Robert M. Bittner
2.0 out of 5 stars Good nuggets of info, if you can dig to find them
Reviewed in the United States on June 15, 2012
Verified Purchase
First, let's get the worst out of the way: This is probably the worst-written book I've ever read. Worse, it appears to be completely unedited and unproofread. So, be prepared for dozens of misspellings, run-on sentences, bad grammar, and quotes that often read like stream-of-consciousness rambling -- virtually on every single page. (For example, every single "like" is included verbatim in the quotes he uses, becoming tiresome very quickly.) I've never read a published book -- even a self-published book -- that is so poorly presented. The subject deserves better.

That said, if you're interested in some behind-the-scenes stories of Prince's work in the studio, there are some interesting bits here. I've read much more informative takes on, say, the recording of "Kiss," in professional recording magazines. But this book is more comprehensive than that. And the author does try to walk the line between information of interest to Prince fans versus the more-technical information that is especially useful for recording engineers/producers. I wish the "author" (sorry, I can't bear to call him a writer) had erred more in favor of the latter group, but I might be in the minority there. But he does allow a lot of repetition and not-that-interesting info to fill space that could have been devoted to more substantive interviews.

In short, if the topic interests you, this is, unfortunately, probably the best book out there at the moment. (Especially given how private Prince is.) But, man, I wish it were so much better.
Read more
9 people found this helpful
Helpful
Report abuse

M.I.A.
4.0 out of 5 stars Very Informative
Reviewed in the United States on August 25, 2011
Verified Purchase
I thoroghly enjoyed reading this book because it gave insight into the process of a genius. I was floored by some of the stories about how he laid down tracks (notably the first four tracks of Parade). It was especially refreshing to read a Prince bio that focused on his creative process rather than his personal life. The only reason I give it four instead of five stars is because there is an excessive amount of text relating to the technical part of the process (what type or version of a particular synthezier, microphone, etc.). At times it seemed like filler, but I am sure this is a lot more relevant to studio engineers who read this book. All things considered, this is definitely worth a read.
Read more
Helpful
Report abuse

santo mollica
3.0 out of 5 stars Prince at the controls
Reviewed in the United States on June 16, 2015
Verified Purchase
A good account of how this artist lives and breathes music. His incredible work ethic and constant pursuit of knowledge. His portrait shows someone who cares about one thing -- the highest quality production of what's inside his head and the fun he has working the knobs and levels of the various devices and instruments at his disposal. Not so much a warm and human bio but rather detailed account of a live behind the board. Good read
Read more
Helpful
Report abuse

Brian Van Camp
3.0 out of 5 stars Not bad for the price
Reviewed in the United States on August 4, 2016
Verified Purchase
Could use some serious spell checking and other minor editing attention but for what it cost its an interesting read if you are interested in the behind the scenes technical recording studio aspect of the entertainment industry.
Read more
One person found this helpful
Helpful
Report abuse

Scott
5.0 out of 5 stars Stays true to it's title! Excellent read...
Reviewed in the United States on September 2, 2015
Verified Purchase
I totally agree with all the other GOOD reviews in that this is a STUDIO book and goes into details about how things were recorded, what instruments and or technology was used, just awesome. For a musician like myself and a huge Prince fan to boot, this book was excellent. The book stays true to its title "In the Studio" -do not buy this book if you are looking juicy stories you have never heard before.
Read more
Helpful
Report abuse

Timothy F. Coutis
4.0 out of 5 stars A Must for Serious Fans
Reviewed in the United States on August 22, 2019
Verified Purchase
and a Great Introduction for Newbies. If you're looking for an overview of the work of one of the most prolific artists of the 20th century, this is The One. The extraordinary amount of detail is well worth the sometimes poor proofreading.
Read more
Helpful
Report abuse

Musique
4.0 out of 5 stars Definitely worth getting if you're really interested in the subject
Reviewed in the United States on June 13, 2011
Verified Purchase
After trying to read reviews on other websites about whether this e-book was worth buying, I finally decided to get it. The sample chapter scared me off because it was all recycled stuff. There are tons of typographical errors and a few factual ones in this book. In general, there is a lot of recycled material in the book. Fortunately it comes from a wide variety of sources, including things that were only published on websites. I'm happy to say that there is definitely a good/decent amount of original, new information from interviews in this book that I haven't already read in DMSR, The Vault or the many other books and magazine articles I've read over the years. If you want to read everything there is to read on the subject, you will definitely want to get this.
Read more
One person found this helpful
Helpful
Report abuse
See all reviews

David Edwards
4.0 out of 5 stars Fascinating and technical.
Reviewed in the United Kingdom on January 14, 2018
Verified Purchase
Any Prince fan should read this, most of the information is known to die-hards but there is also a technical detail that musical producers will recognise.

A factual journey through the musical career of one of the world's most compelling musicians.

I recommend this to anyone with no, some or a great deal of Prince knowledge.
Read more
One person found this helpful
Report abuse

L4F
3.0 out of 5 stars Great facts, awful writing
Reviewed in the United Kingdom on December 23, 2012
Verified Purchase
Very interesting book for any Prince fan with knowledge of both music and sound engineering. A big downside to it is the writing that features grammatical errors and is quite clumsy at times; it would be great to have this edition reviewed and to continue with works after 1995. The best: no gossip, just musical facts!!
Read more
Report abuse

Sir Francis
5.0 out of 5 stars Prince's equipment and some recording secrets
Reviewed in Germany on September 23, 2015
Verified Purchase
For those who are interested in music, recording techniques and equipment this book might be very interesting despite of some misspellings, especially if you like Prince one of the most talented artists of the (19eighties hehe) 20th and 21st century.
Read more
Report abuse

早川岬
2.0 out of 5 stars 本の質は低い。安い時にさっと見るだけにしましょう。
Reviewed in Japan on August 28, 2019
Verified Purchase
タイトルを見て即買いたくなってしまったがちょっとこらえて安価なkindle版にした。何度も何度も人物紹介が繰り返されたり背景説明も同様であるので、この本少しおかしいんじゃないかと思う。編集者が不在かいてもろくに仕事をしなかったかのどっちかだろう。翻訳もあると聞くが筋金入りのファンが多い日本でこのレベルの本を売るというのは蛮勇だろう。目新しい情報はほとんどないのでいかに殿下が仕事熱心であったかということを再認識するためにパパっと読んで終わりにするのがよろしい。
Read more
Report abuse
Translate review to English
See all reviews
Back to top
Get to Know Us
Make Money with Us
Amazon Payment Products
Let Us Help You
EnglishChoose a language for shopping. United StatesChoose a country/region for shopping.
© 1996-2021, Amazon.com, Inc. or its affiliates