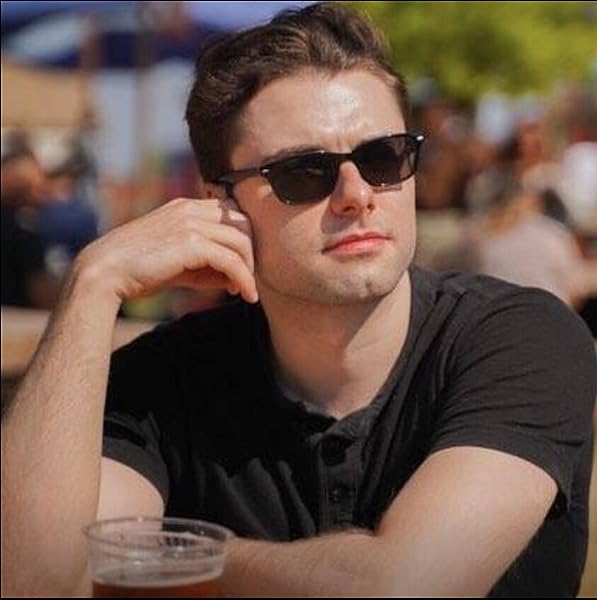 Principles of Power explains the physics behind the hardest hitting fighters in history, then demonstrates practical ways to incorporate these principles into your own striking arsenal in an easy to understand, no nonsense way.

.For years sports scientists have studied how to put the most power into movement patterns from popular sports; from a pitcher throwing a baseball to a golfer swinging his golf club. This same attention has rarely been given to combat sports or martial arts, in part because a fighter must balance mobility and defense along with power generation.
But the lack of research has not stopped generations of talented fighters of all disciplines from finding ways to incorporate massive power building techniques into their own unique styles.
This book not only explains the physics behind massive power generation, it also gives hundreds of examples of how to use them. Each physics principle is followed with a Practical Applications section. This section demonstrates several proven set ups and techniques used by the world’s greatest fighters, from simple, staple techniques to complex, advanced methods. In this way, the reader can incorporate the principles in a way that works best for their own unique style.

.In this book you’ll find:

.How to use your defense to increase the power of your offense.

.How to create power through footwork.

.Which stance and body positions work best in different situations.

.The best ways to shift weight and create momentum for any strike, for linear and curved strikes.

.How to use the Shortening Arc Principle and static points to rapidly accelerate your movement.

.How to structure and align your body to transfer the most weight possible into your strike.

.Practical examples of how to use these concepts in combinations, using one strike to load power into the next.

.How to build your own strikes in a systematic way, from setup to follow through.

.Written by David Christian, whose videos have influenced tens of millions of people and been shared and praised by great fighters such as Dominick Cruz, Julio Cesar Chavez Sr., George Foreman and Ricardo Lopez.
Read more
Previous page
Next page

David James Christian is an author, YouTuber and life long martial artist. David received black belts in Kenpo and TKD before the age of 18, teaching both. He then went on to learn a variety of different styles such as JKD, boxing, kickboxing, and MMA. After graduating from film school, David moved to LA, where he continued to teach martial arts and gymnastics while building up a martial arts themedYouTube channel. The Modern Martial Artist would become the biggest martial arts analysis channel in the world, with over 500k subscribers and millions of views per month. His second technique book, Footwork Wins Fights, consistently reaches the number 1 spot on Amazon Boxing and MMA, and can be found in book stores around the country. His newest release, Mortal Weapons, is a martial arts technique based Fight Comic, set in an old school Kung Fu movie world. Stay tuned for more releases in martial arts technique and fiction.

Amazon Customer
5.0 out of 5 stars This book is the coach I wish I had when I started training
Reviewed in the United States on February 9, 2021
I've been training since I was 7 (I'm 4 times older than that now), and this book opened me up to new questions I hadn't even asked yet, and answered them in a way that changed the way I train and think about movement in general. It's a bible full of info that I've gleaned a few things from at the first read through, and every time I open a page to a random section I can get more out of it. Anyone that buys this book and actually puts these concepts into use will be better off for it, I have no doubt about that.
Images in this review

Moses
5.0 out of 5 stars Can’t recommend enough
Reviewed in the United States on November 15, 2020
Verified Purchase
This book is DENSE with invaluable information that isn’t taught anymore. The illustrations and explanations are clear and insightful. In my opinion, a must read for any martial artist looking to take their game to the next level.
Read more
7 people found this helpful
Helpful
Report abuse

Frank
5.0 out of 5 stars Another great one.
Reviewed in the United States on September 16, 2021
Verified Purchase
Christian has another great book here, the principles are explained very well and are very useful.
Read more
3 people found this helpful
Helpful
Report abuse

Andrew F.
5.0 out of 5 stars A must if you want to get better
Reviewed in the United States on February 15, 2021
Verified Purchase
Great book. Im a pro fighter with nearly 80 fights under my belt and the stuff in here is bread and butter legit spot on basic and complex truths of fighting.
Read more
3 people found this helpful
Helpful
Report abuse

mkultra329
5.0 out of 5 stars You don’t want to be without this awareness, even more so facing an opponent in possession of it.
Reviewed in the United States on May 22, 2021
Verified Purchase
As a TMA (traditional martial artist) first and foremost, shotokan specifically, I have to say that this book is absolutely amazing and unique in its ability to demonstrate through practical example the reasons for so many seemingly trivial focus points of technique taught by my instructors. It also helps to understand where a few of those focus points are less appropriate. I say this as a ni-dan, I doubt many higher level instructors in my style nor most of the TMA community have put this level of thought into the structure of power generating principles and this book presents this in a way that is directly translatable to our own techniques. One exception is a PhD physicist and JKA black belt that I discovered a few years ago named Lester Ingber who has a few books on the topic, currently out of print but available on eBay. In summary, I highly recommend this book and the authors other books for any aspiring fighter or martial artist that wishes to master his craft.
Read more
5 people found this helpful
Helpful
Report abuse

LC Judas
5.0 out of 5 stars Explains physical mechanics behind power simply.
Reviewed in the United States on April 3, 2021
Verified Purchase
Each concept is followed by at least one if not more diagrams. Each concept is explained in simple terms but thorough enough for you to perform your own demonstration after reading. The author is well-versed in what fighters actually use the techniques that he explains so for the avid fight watcher or someone who has done a lot of film study on their own they will find the exact same data already picked for them in this book.

If you want to hit hard and you don't have a coach you need to understand the concepts behind the body mechanics. This book can get you there if you already have a good basic knowledge of striking.

Jason and Jen Thalken
1.0 out of 5 stars A lot of mistakes
Reviewed in the United States on June 26, 2021
Verified Purchase
The book combines the usual martial arts advice with really bad physics. The author should have had the material reviewed by an actual scientist before publishing. The first major error is on page six, where the author claims your center of gravity drops lower into your hips when you squat (the opposite is true. Because you legs are no longer extended, you center of gravity rises to a spot higher in your torso).

The book is ok if you ignore the physics and just read it like any other book of fight tips, but personally I couldn’t get over the bad physics. The punch/push discussion was particularly cringe-worthy.
Read more
10 people found this helpful
Helpful
Report abuse