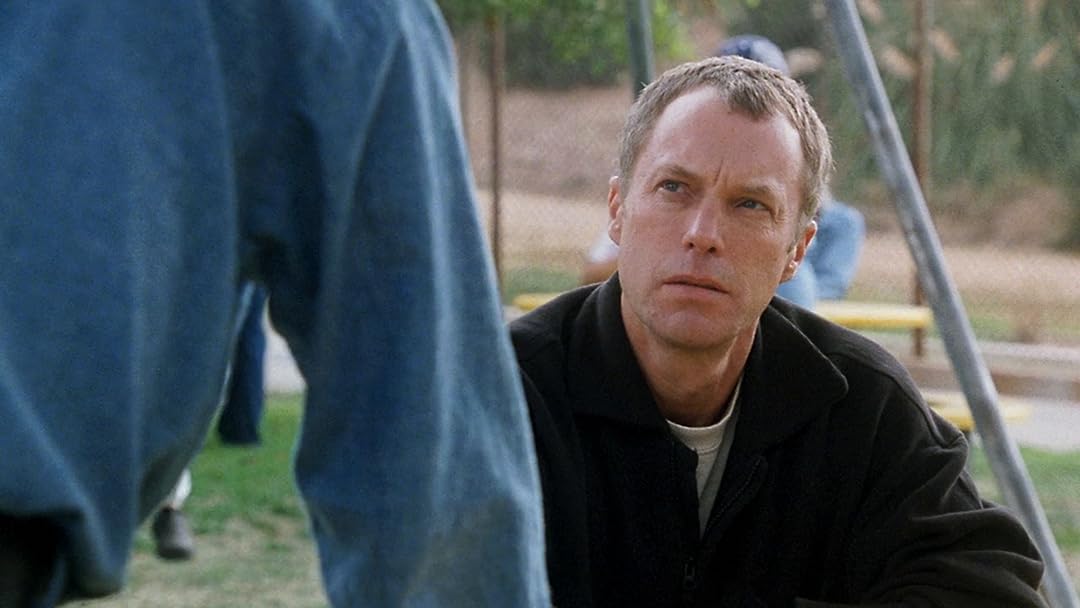 (61)6.01 h 31 min1997PG-13
Stephanie Zimbalist stars as a woman who is wrongfully sent to prison. But that's only the beginning of her ordeal when she learns that the prisoners are wrongfully taken off the grounds and forced into prostitution by the guards who double as pimps.

AReviewed in the United States on June 22, 2021
5.0 out of 5 stars
Seen this as an older teen and I was just like wow this could happen crazy
Verified purchase
Im glad they did not get away with it and it took someone very brave and who dealt with the consequences to seek justice and freedom for not just herself but for all of them in the prison including all the years before. Back then these things seem very easily done now after watching this esp as an older adult now and this pretty much sadly may have been going on for years in the prison. so awful and beyond terrible to be locked up and deal with all of the sexual abuse and so forth. so sad. wicked world. Now as an older adult Idk why she didnt just take the plea like her husband told her she must do. stubborn for ya, even if you were not quil.....and then I also agreed with the husband that you dont start no business deals by yourself. It was still kind of confusing but thats exactly why you do not do them alone. Always with a professional lawyer and so to go over all documents and etc. I would have to rewatch again about what had happened with the whole business thing
3 people found this helpful

GiftbearerReviewed in the United States on July 7, 2021
4.0 out of 5 stars
Accurate movie, interesting, and well-acted. The negative reviewers may have an axe to grind
Verified purchase
Based on a true story, this movie uncovers a particularly sordid practice that happens more than you'd like to believe in women's prisons. Many lawsuits have been filed by women, their families, and by advocacy groups against employees in prisons who commit these acts and those who turn a blind eye to them. I hate to see anybody abused but am glad that this movie was made to educate the public about what actually goes on in those places. It still goes on today even though this was made in the 70s. It just takes 1 bad apple or an institutional contempt for one demographic or another for these events to take place.

I noticed a few of the reviewers seemed to have a very strange take on this movie, stating it was "boring", or judgmentally stating that women in prison deserve whatever maltreatment they get. All I can say is hopefully they'll never find themselves or anybody they love in that position. Violating another person is not justice. There is a difference, and if you are so unmoved by this story you are bored by it then it's you, not the movie that's the problem. It is horrific. One would have to be cold as a stone not to get that. Nobody deserves to be raped. Being in prison is the punishment. That doesn't give those with power over them the right to abuse that power. There's a big difference between living in "a country club" and living in a place where privileges are minimal but that person is still treated with basic dignity and humanity.

This was well-acted and realistic and it was anything BUT boring!

Michelle FinnReviewed in the United States on July 3, 2021
4.0 out of 5 stars
Watch this for all shapes and sizes of victims, the line crossing is deliberate!
Verified purchase
So, yes ! In a position of power over other people that have no choice but to rely on morals and ethics, These bullies employed at a women's prison deserved the punishment given to them. You do not have to like or enjoy your work or the people you are responsible for, your position does not give you more or unequal rights over and above people in general. Every human being is an individual with rights to expect to equal treatment anywhere!
3 people found this helpful

TamReviewed in the United States on February 23, 2018
5.0 out of 5 stars
I really liked this movie
Verified purchase
I really liked this movie. When the movie first started I thought it was going to be boring and I wondered why did they waste production on this movie but when the setting changed and she was actually in prison the movie got really good. I was hooked until the very end of the movie. The actors were good, the plot was good and the ending of the movie was good. I thought this movie had entertainment, drama and inspiration. This was a good movie I would pay again to see.
2 people found this helpful

dean BReviewed in the United States on July 17, 2021
1.0 out of 5 stars
p
Verified purchase
if your going to make movies spend more then a dollar if not don't crank out crap
One person found this helpful

butterflyminxs64Reviewed in the United States on July 2, 2018
4.0 out of 5 stars
Amazing Drama that makes you Hold On
Verified purchase
A realitistic and scary look into the women's prison system, as well as what can happen to innocent people. It was very moving and was gripping drama. Highly recommend.
3 people found this helpful

D. RobertsReviewed in the United States on November 20, 2005
5.0 out of 5 stars
Enter this prison at your own risk
Verified purchase
Stephanie Zimbalist comes out of the woodwork to star in this movie that was inspired by a true story. I can bet a lot of it was fabricated, but am sure the gist of what happened is true. It is scary in this day & age to think of an American prison being so corrupt as this one is portrayed, but it is not beyond belief.

Zimbalist plays an everyday mother who inadvertantly breaks the law & is sent to prison. While there she is exposed to all sorts of horrifying practices of prison guards abusing their power & position. At every turn, her attempts to be proactive about the situation fail.

Hannah BReviewed in the United States on May 8, 2017
4.0 out of 5 stars
Interesting
Verified purchase
This is a very eye opening movie that depicts what might happen in a women's prison. The acting is okay, but the story would be a great example for college level classes on the subject of women in prison.
5 people found this helpful
See all reviews
Back to top
Get to Know Us
Make Money with Us
Amazon Payment Products
Let Us Help You
EnglishChoose a language for shopping. United StatesChoose a country/region for shopping.
© 1996-2021, Amazon.com, Inc. or its affiliates