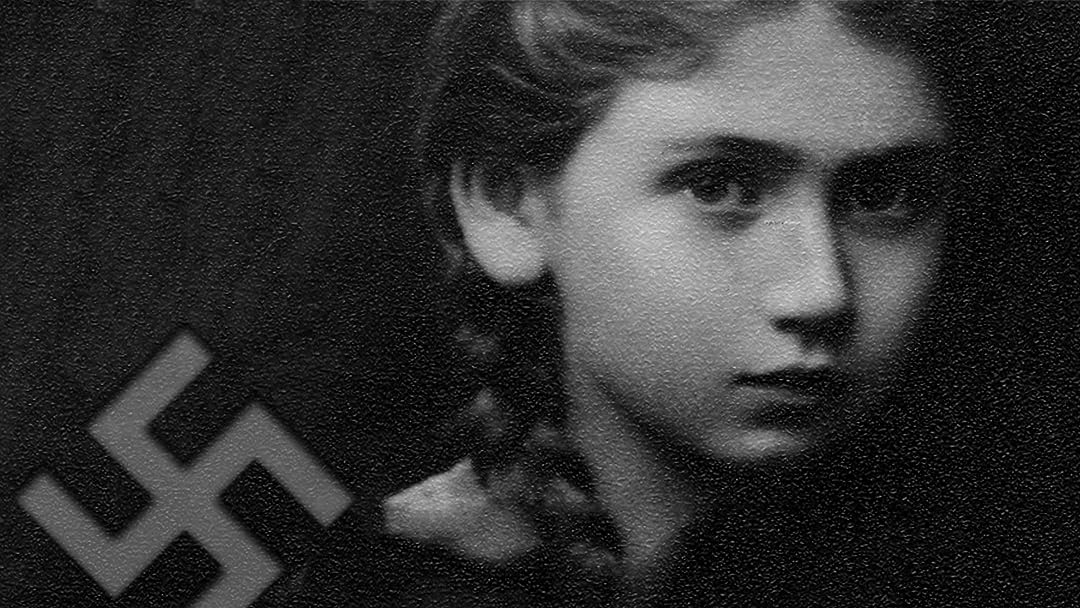 (392)
8.144min2013X-Ray13+
The German invasion of Poland in 1939 marked the beginning of World War II and the escalation of Hitler's Nazi persecution of the Jews. It also was the beginning of one of the war's truly inspiring stories, that of a young Polish girl named Henia Bryer. In her own words, Henia tells how her family perished in concentration camps, how she survived and went on to witness to the creation of Israel.

LadyxReviewed in the United States on January 4, 2017
5.0 out of 5 stars
Another Important Survivor Testimony
Verified purchase
This documentary isn't long - it dives straight into the story of Henia's traumatic experiences during WWII. I really admire her candor and her bravery. She is very articulate, intelligent and well-educated. She possesses a rare type of intense resiliency that is captured in her story. I enjoyed seeing her family members speaking at the end of the film. Her husband's love for her is very touching and it seems like she has a wonderful family now. She is happy now, and deservedly so. If you enjoyed this documentary, there are several others that you can check out here on Amazon, on Netflix and also on YouTube:

Also, check out the USC Shoah Foundation witness testimonies. Some of them are hours long, but the detail and personalized storytelling are very powerful and important. <3

PeggyReviewed in the United States on January 8, 2017
5.0 out of 5 stars
History and survival
Verified purchase
Beautifully done. Beautifully scored. What a gem of a film. To the person who criticized the film for it's "clinical description" of the Holocaust -- it's anything but. It's the story of a woman who survived, and she survived because she refused to break, and her soft voice never breaks during the film, and she gets all of those difficult stories out succinctly and beautifully, because she is asked to. She never voluntarily talked about the horrors with her children because she was afraid of "second-generation syndrome;" she had read about the troubles--including survivors' guilt-- faced by children whose parents talked incessantly about their concentration camp experiences. There were "no psychologists or psychiatrists" after the war, she says, there was nothing to help people deal, and "we had to deal with it ourselves". But when asked, she tells. She even talks softly about a difficult time she had with "her nerves" while in Israel after she left Europe, and I had to rewind the film because I though she had said "nurse." Her grandson called her on his cell phone from the gates of Auschwitz on his 17th birthday--she too had been there on her 17th birthday. "Grandma, where were you when you were here?" he asked. She directed him by phone exactly to her bunker.
This is the story of a human being, a woman, surviving. What human beings are capable of doing to each other is atrocious; what people are able to survive is miraculous.
65 people found this helpful

JMMReviewed in the United States on January 31, 2017
5.0 out of 5 stars
Extremely well told story that includes so many places from the start of the war to afterwards
Verified purchase
Another reviewer said that this is like so many other survivor stories, with nothing of interest to those who have studied the Nazi genocide. I disagree.

The narrator tells her story clearly and concisely. Her narration is sensible, grounded, and sure. Her career after the war was in education, which is readily apparent in how well she explains historic events. Throughout, she connects her experiences to films we may have seen or things we may have read about. She discusses the roles that luck, self-will, the kindness of fellow prisoners, and the Nazi bias toward her blond, blue-eyed good looks played in her survival. She is not only a survivor, she is a teacher.

In one sense, her story might seem "general" because she experienced so many different aspects of the Holocaust. Her story includes the invasion of Poland, her family's confinement in a Polish ghetto, her own survival in three different camps and then a death march, the loss of three members (half) of her immediate family in different ways, and finally post-war Paris, settlement in Israel, and starting a family in South Africa. She speaks frankly about the psychological aftermath of the Holocaust and how she worked not to pass this burden on to her children.

One note: Another reviewer commented that it was disappointing that no mention was made of the racist conditions in South Africa. I agree that such a discussion should've been included. It's germane to this story and it's a stunning omission. That is the one flaw in this film.

The historical footage in this film is stark. The still photos are some of the most gruesome I've seen. However, they are well-fitted to the narration, some of which couldn't possibly be comprehended without the photos. As horrifying as the subject matter is, this film is an affirmation of life. And it is prisoner number A26188 who makes it so.
18 people found this helpful

perhaps it's not right to have such a comparison, to such a terrible time in our history as human beings. this grandmother has a story to gift the world, and it is a story that should be heard by generations, even if you've heard this history before. we are not the same tribe, but then we are all the same tribe. now I am the grandmother, and my own story is somewhat amazing, though thankfully not so amazing as these stories are. I wondered if there was some reason my family line continued. Or some reason prisoner A26188's family continued. There is no reason though. When I was 8 I went to a place with my grandmother, and many other grandmothers, where my relations remember some things. there are their grandparents bones still scattered or sticking up out of the ground. I didn't know about ww ll then. I was only just learning about my own grandmothers stories. this grandmothers words are precious, and no one should miss what she has to say.
7 people found this helpful

MarieReviewed in the United States on May 4, 2021
5.0 out of 5 stars
Powerful
Verified purchase
The stories of survivors should all be told in such a simple yet powerful way. Do not go into this documentary looking for something new, go into it to hear this amazing women's story of how she lived, what she went thru, how she survived and how she rebuilt her life afterwards. At times I wondered how she could tell her story without any tears but at some point during the fill I truly looked into her eyes and all I could see was a haunted look and at that moment she sorta of choked up but very quickly regained her composure and I realized that she wasn't crying because she had already cried to many tears and now her past was just a horrid piece of history that she had no more tears to give because she had survived and overcome it.
One person found this helpful

ChrisSherrillReviewed in the United States on June 2, 2020
3.0 out of 5 stars
Okay
Verified purchase
Not a badly done documentary. Not great but not terrible. Not a lot of new information, except that the Soviets took blood from camp prisoners to treat their injured soldiers – that was new to me. It wasn’t surprising that they did it, but it was surprising that they took enough to kill some prisoners. Those were almost inconceivably brutal times. The animosity between the Russians and the Germans was deep and of long standing (and both hated the Poles), so the brutality practiced on both sides bordered on the indescribable. In addition, the Russians had no particular love of the Jews, but freeing the camps was good propaganda for the Soviets.
4 people found this helpful

CKRReviewed in the United States on May 20, 2018
5.0 out of 5 stars
Sweet Family; Interesting Tidbits!
Verified purchase
There is so much I love about this film. The story is beautifully told, but there are some observations that Henia made that set this documentary apart.

1. After the liberation they were forced to remain in the camp to contain the Typhus, but there was not enough doctors or medicine to treat everyone.

2. After the liberation they were given fatty meat, which got people sick because their systems couldn't handle the food after years of starvation. I think she said 30,000 people died after being liberated.

3. The women SS were more cruel than the men. The way they treated people wasn't normal. And, you have people say that evil people don't exist. There were too many people during the Holocaust that did things that were simply evil.

4. When the SS came to town they set up loud speakers and hung posters. There was no way you didn't know what was going on because it was made clear. Too many people did nothing out of fear of what would happen to them and their families. I don't judge them; they will have to answer to a higher Judge. However, I pray that if something similar happens in my lifetime I will choose what is right over what is safe.

5. And, some other interesting tidbits of what it was like in the camp. The Red Cross coming to take their blood. I wonder how many Jews died in giving blood to save a German soldier.
See all reviews
Back to top
Get to Know Us
Make Money with Us
Amazon Payment Products
Let Us Help You
EnglishChoose a language for shopping. United StatesChoose a country/region for shopping.
© 1996-2022, Amazon.com, Inc. or its affiliates