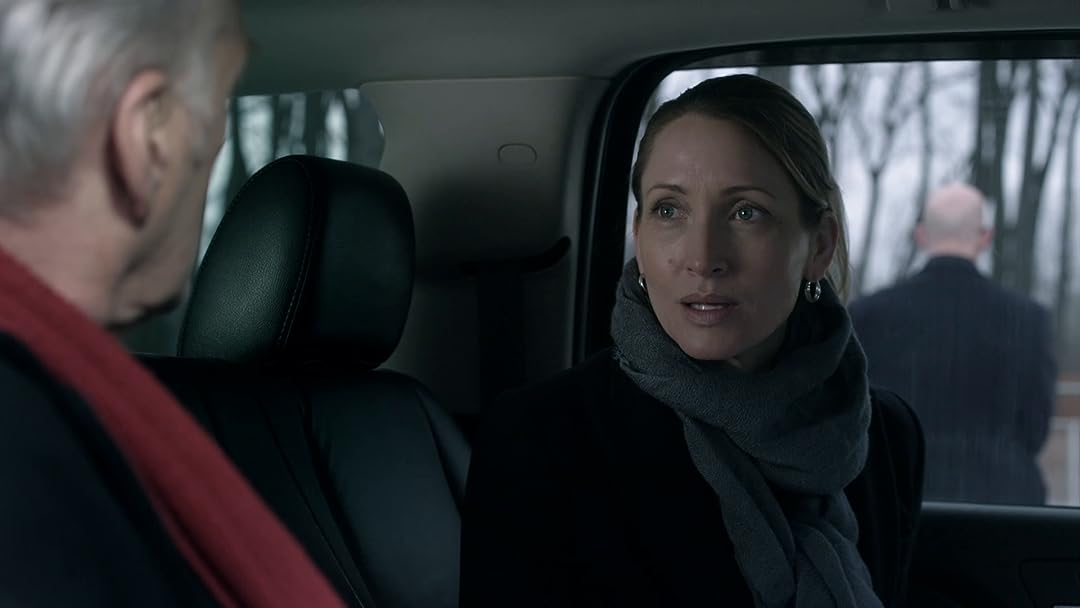 (175)
5.11 h 28 min2017X-Ray16+
As the world rages in war and civil strife, CIA agent Carmen Reese arrives at a secret underground prison to interrogate a captured terrorist with links to recent attacks on American soil. But the prisoner is more than he appears - he has arrived from the future with ninety-eight other time travelers who are still at large and wreaking havoc across the globe.

Andy McKinneyReviewed in the United States on September 3, 2020
3.0 out of 5 stars
Pretty good
Verified purchase
I am having a fun time watching Amazon Videos while I wait for the theaters to open. I have seen half a dozen films that I had never heard of and would never otherwise have seen.
"Prisoner X" has a very experienced cast and a writer/director with a very unusual history. Writer/director Gaurav Seth was born in India, which makes him unusual enough for American viewers. But he did his training in film in Russia, which of course has a long history in film making. So, that is something. He wrote the script from a story by science fiction writer Robert Reed.
The actors seem like fresh faces but they are only fresh faces to us south of the border. Canadian born Michelle Nolden had 84 credits and puts in a professional effort. Her colleagues also have plenty of experience. Romano Pzari, also Canadian had 78 acting credits. But Julian Richings, from England, has an amazing 211 acting credits. So, solid professional acting crew.
But not much money to make the film. It is a Canadian production so I guess I can gloss over some of the early clunks. One character, a marine officer, referred to a 122 man strong contingent of US marines as a 'battalion' instead of a 'company'. Oh, the horror. And a private in his mid-thirties was still a private with a civilian haircut. Stuff like that irritates me. I once saw a low budget movie where a guy with a rifle went through a door into the next room and had a shotgun. Drove me crazy.
The story is pretty good too. A mystery man with a load of uranium is collected after a car crash. Some US protocols are not observed (Canadian again). The guy is tortured by the CIA in a facility in the US, which is a violation of US law and custom. But he doesn't give up any information, no matter what they do to him. They do discover that he has nanotech inside him that no one here can make. So, where is he from? What does he want? How can he be in custody for 17 years and still we know almost nothing about him?
You'll have to watch to find out.

No Name TexanReviewed in the United States on September 8, 2020
2.0 out of 5 stars
illogical and unexplained plot elements
Verified purchase
Spoilers ahead: This movie has plot and story elements that aren't logical or adequately explained. How do cell phones work in a secure bunker many stories underground? Some plot elements are introduced merely for suspense but then not tied in; for example, ghostly appearances. The story could easily have been written to leave these out. The "equation" was nonsense mathematics. The prisoner seems to have achieved what he wanted but is then dismayed by the outcome? At the end, the prisoner is threatened with death to get "the equation", but then chooses suicide? The prisoner was not put in a Faraday cage?; obviously with all of the implants, you would want him cut off from the world. Except for the current, I am not sure any national administration would act on this prisoner's suggestions. Why would scientists be apparently on the fringe, and the prisoner left under supervision of a low pay grade interrogator? This was a low budget movie. To make it work well required more resources. But the real weakness was the writing. The illogical, inconsistent and unnecessary plot elements marred the story. The whole movie seemed more of a political statement on our times than a well thought through mystery/thriller.
8 people found this helpful

Avid readerReviewed in the United States on August 13, 2020
4.0 out of 5 stars
Time and manipulations
Verified purchase
A low budget film does not have to mean a terrible film. It starts out with an interrogation of a terrorist, using torture and waterboarding. Then, they inject a powerful drug that is supposed to result in incredible pain, and few would last more than a couple of minutes. He was given 5 minutes at the most, but when nothing happened, they realized they were dealing with someone who was not human. And the terrorist, Ramiro, is able to bring himself back from the dead. The plot involves the manipulations of time, as Ramiro can utilize a portable time machine. And as stated, paranoia is the greatest weapon there is. The movie will keep one guessing, right to the end, and for that, I give the movie a lot of credit.
7 people found this helpful

FBReviewed in the United States on September 25, 2020
1.0 out of 5 stars
Develops a theory about time which the ending works totally against
Verified purchase
It had an interesting idea but the resolution was totally antagonistic to the time travel theory that was propounded. The protagonist expressed, at the ending, an emotional response that went against the very conclusion reached. This was a total failure of a movie. The acting was very good, but the very ending subverted what would have been an overall good movie. Just terrible. Almost like Chancellor Palpatine surviving as a series of clones, culminating in the abomination that was Star Wars Episodes 7 through hell.
8 people found this helpful

Elizabeth WardReviewed in the United States on January 23, 2020
5.0 out of 5 stars
Disturbingly Excellent - Great Cast & Storyline!
Verified purchase
This is a startling, fascinating and at times disturbing film. The Casting is excellent. I loved seeing Damon Runyan sink his teeth into his character. I watched it twice. I recommend this film for its courage and the great casting and writing.
6 people found this helpful

Michelle L. HardyReviewed in the United States on September 4, 2021
2.0 out of 5 stars
HORRID script writing
Verified purchase
As an idea, I've seen worse and better.

As a written script, it is wretched. AN EARLY example. [Looking at a page of numbers the LOGICAL ASSUMPTION is this must be based on the Muslim calendar because the dates make no sense] [1st date on the list is *gasp* tomorrow. Star explodes, narration then cut to the 2 agents , and the conversation..I kid not, is roughly "Well, he MUST be from the future to predict dates for the next 144 years of celestial events, because I can't think of anything else." That all takes less than a minute to happen.

it was a script that was either crap from the get go or someone had to trim to meet a goal and just butchered the subplot and texture.

I made it 23 minutes in :) And I think I deserve a medal for that. NO IDEA how this gets a 5+ on IMDB unless it was watched by some of the least attentive, easy to please, movie viewers who prefer a nice afternoon of the FLintstones, or it was obtained nefariously :)

ericjmailReviewed in the United States on September 7, 2020
1.0 out of 5 stars
Good concept - fails to engage
Verified purchase
I just hate it when someone has a good idea for a story but it fails to thrive as it moves through movie-ization.

Story line - plodding, wandering fluttering around without getting anywhere. enougch story for a 1 hour tv drama that has 25 minutes of commercials.

Acting - some actors do better than others, but overall 6/10. Lots of wooden posing.
Cinematic - well it's a jail flick so location is appropriate but not scenery is not inspired 5/10. Camera work, lighting and sound ok, sound design left a lot on the floor.

I keep hoping for a cool new scifi movie, and this certainly had promise in the premise but went no-where and did nothing! BORINGGG! At the end i said aloud "Well, that was a waste"

Kindle CustomerReviewed in the United States on August 16, 2020
1.0 out of 5 stars
Pass
Verified purchase
Soooooo stupid
12 people found this helpful
See all reviews
Back to top
Get to Know Us
Make Money with Us
Amazon Payment Products
Let Us Help You
EnglishChoose a language for shopping. United StatesChoose a country/region for shopping.
© 1996-2022, Amazon.com, Inc. or its affiliates