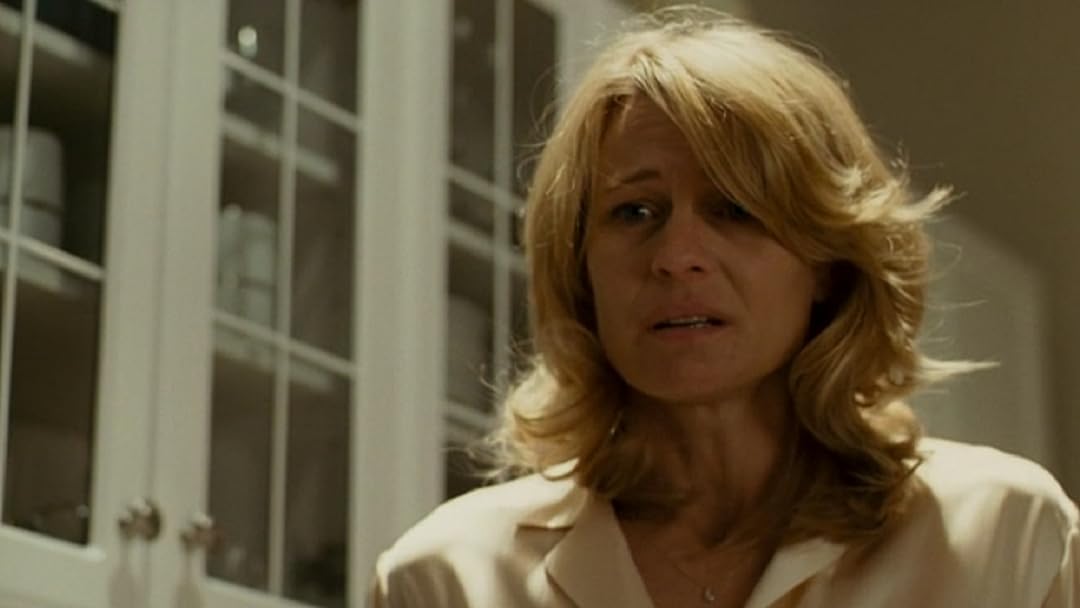 Private Lives of Pippa Lee, The

(321)
6.41 h 38 min2009R
Facing retirement, Pippa Lee reflects on her past life including dealing with a neurotic mother and leaving home to live as a bohemian hippie.

samReviewed in the United States on February 17, 2020
5.0 out of 5 stars
LOVE this movie!
Verified purchase
I've seen this movie so many times and I never get tired of it. It's a character study of a woman's life as she reaches middle age and discovers she's not really happy, and the slow changes that occur as she rediscovers herself.

She walks the viewer thru her entire life, from birth on, moving smoothly back and forth from past to present.

Sammy DudeReviewed in the United States on April 4, 2020
4.0 out of 5 stars
4 Stars For Robin Wright, But Otherwise Questionable
Verified purchase
Why do stories such as these make it to film? Do filmmakers make these movies so that they and their peers can look from inside in? Or is it for the folks that do not maintain these lifestyles of the bored wealthy to see from the outside in? I do not know why this story became a film? I watched it for Robin Wright, and in the midst of it became a Blake Lively fan. Reeves is o.k., and Bello always shines. What I see is wealthy people never being truly alone. The older men trade in the older wives for the younger women no matter how insane they are. And the wives who are cast aside either kill themselves or follow in the same footsteps as the partner who cast them aside. I just don't know.
14 people found this helpful

John SamsvickReviewed in the United States on May 5, 2020
5.0 out of 5 stars
The Courage to be Pippa Lee
Verified purchase
The writer of this riveting, engrossing story, of a lost soul finding the strength somehow to continue living, happens to be the daughter of the celebrated playwright, Arthur Miller, noted for his ability to craft great stories about life's struggles. Rebecca Miller is also the director of a brilliant cast of well-known actors including Robin Wright, Alan Arkin and Wynona Rider who play their roles with an authenticity that compels total immersion in the heart-breaking journey Pippa Sarkisian Lee must take to escape the destructive obsessions of a mother who battles 'obesity' and the crippling 'sadness' of depression with compulsive doses of 'speed'. Miss Miller makes it abundantly clear that her heroine will have none of the resources reputed to be available to those who hold to 'traditional values'. Her freedom from 'family' leads to years of a 'free-fall' of unbridled sexuality as a 'femme fatale". A chance acquaintance with Herb Lee, himself a failed 'writer" (and husband) whose career is salvaged by a publisher friend, (a role played to perfection by Alan Arkin), awakens Pippa to the stark reality that she has become a 'f...up' who is willing to give herself to him for the security of being delivered from herself. It turns out that marriage is the only 'protection' Lee does offer after three heart attacks threaten him with 'decrepitude'. The writer's creative gift is revealed in the way she finds an existential context in which Pippa Lee finds a soul mate in Chris Nadeau (played by Keena Reeves), a failure and drifter who admits he is an a....hole who tried becoming a "Jesuit", and a marriage which failed when he discovered his 'Jesus freak' wife a atop his best friend. Pippa had become aware of a lurking tenderness in her friend when she found him comforting a large dog injured in an accident. When she discovered Herb's unfaithfulness with a dear friend, she found herself reaching out to Chris: "It looks like nobody needs me now". The following love scene seems to be where Rebecca Miller wants to make her commitment to the belief that in the absence of any meaning which reason can find in the universe as we know it, there are inner resources in each person providing courage to affirm the goodness of life. What Pippa Lee needs most now is not the ravaging love of a lonely man; she longs now for a love that is true, pure and unselfish. That is what Rebecca Miller gives us. Chris helps Pippa achieve glorious relief and sexual satisfaction, while denying himself what would be expected. Viewers of that last scene may note how the director has placed Pippa's head with eyes looking upward. awed and lightened by a revelation that she had experienced the "ravishment" of true love.
8 people found this helpful

sefriendlyguyReviewed in the United States on March 19, 2019
3.0 out of 5 stars
ITS HARD GROWING UP ALONE
Verified purchase
THIS STORY STARTS OFF IN A SENIORS HOME,
BUT, ITS JUST A SETTING OF WHERE EVERYTHING IS AT THE TIME
AS THE SHOW GOES ON, YOU WILL SEE HOW PIPPA LEE (BLAKE LIVELY)
GOWS UP AND LEARNS THE REAL MEANING OF LIFE
AND HOW AN OLD MAN(ALAN ARKIN) STEPS IN HER LIFE AND ACCEPTS HER FOR WHO SHE IS
AND TEACHES HER HOW TO LIVE LIFE AND BE WORTH WHILE
AS THE STORY MOVES AND IT MOVES QUICKLY, YOU HAVE TO REALLY PAY ATTENTION
IT CAN GO FROM HOW PIPPA LEE IS AT THAT PARTICULAR TIME,
WHICH COULD BE A DIFFERENT PERSON DEPENDING ON THE TIME FRAME
THAN IT CAN SEEM TO BE MORE ABOUT HER MOTHER PLAYED BY MARIA BELLO
THE MOVIE JUMPS AROUND LOT AND IT CAN BE CONFUSING
BUT, YOU DO GET TO SEE THE GROWTH OF PIPPA LEE AND HOW SHE MANAGES TO BE A THE WOMEN
SHE ALWAYS WANTED TO BE AND LATER A GRANDMOTHER OF HER ON KIDS!

mswoonReviewed in the United States on May 19, 2020
2.0 out of 5 stars
Put me to sleep less than 30 minutes into the movie
Verified purchase
The cast is very good but the story is very bland. There are some dramatic moments like the first wife of Herb killing herself in front of everyone and Herb having a heart attack. This is basically a story about how sad everyone’s lives can be and still some will find happiness. Herb died for nothing, Herb’s first wife died for nothing. Everyone is just trying to be nice and normal to hide how sad they are. There is no redeeming value in watching a movie like this, other than to watch the cast showing off their craft.
4 people found this helpful

Lisa in CaliReviewed in the United States on April 29, 2021
5.0 out of 5 stars
An unknown woman
Verified purchase
I like this movie. Pippa is a woman people know for 25 years, but still find an enigma and that's because she doesn't even know herself. She had such a chaotic beginning to her life with a nother who was on drugs (like many unhappy housewives who got hooked on uppers or downers in the 60s and 70s) - a mother she never knew because those drugs smothered who she really was. Miller's words coming out of this character struck a chord with me when she described the pendulum of life that swings these generations from a self absorbed mother resulting in a daughter who becomes a selfless mother, rinse and repeat. I have said that for years and to see and hear it in that scene was a revelation. Pippa was a lost soul most of her life and it was interesting to see her when she's "waking up" - from sleep walking literally and figuratively.
One person found this helpful

ELReviewed in the United States on May 20, 2021
5.0 out of 5 stars
Eventually you have to be true; to you
Verified purchase
Decent and simple storyline, having the timeless actors helped carry the interest of it immensely in its re-cap from past to present in a few of the most impressionable moments this wife and mother reflect back in her past that like all moms eventually bring reality to the surface, through sleepwalking or tragedy or betrayal of a husband's affair or a childhood with perfect life on outside and perfectly insane family under the rooftop, this story has fun snippets of humor, good taste in limiting the language or nudity while preserving the essence of the actual pain that must be confronted between parents and children especially daughters. The ending was perfect. A must watch for any mom going through a season change and establishing a new start with a strained mother daughter relationship.
One person found this helpful

Amazon CustomerReviewed in the United States on March 24, 2017
5.0 out of 5 stars
A MASTERPIECE!!!
Verified purchase
I seriously wish that I could give this movie more than 5 stars. This is now one of my top ten favorite movies of all time. I have seen A LOT of films and I am 44 years old. I thought I had seen this type of retrospective/transition of life movie before, but nothing I have seen until this one has rang so true to my heart. The cast is so fantastic together. Robin Wright is one of the best and most underrated actresses of her generation. Please see this movie. You will never regret it!
16 people found this helpful
See all reviews
Back to top
Get to Know Us
Make Money with Us
Amazon Payment Products
Let Us Help You
EnglishChoose a language for shopping. United StatesChoose a country/region for shopping.
© 1996-2021, Amazon.com, Inc. or its affiliates