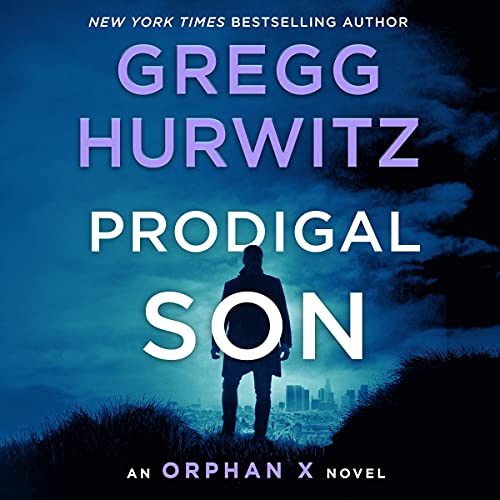 List Price: $27.99
You Save: $3.50 (13%)
By completing your purchase, you agree to Audible’s Conditions Of Use
Sold and delivered by Audible, an Amazon company
Share

4.6 out of 5 stars
4.6 out of 5
5,106 global ratings
How are ratings calculated?
To calculate the overall star rating and percentage breakdown by star, we don’t use a simple average. Instead, our system considers things like how recent a review is and if the reviewer bought the item on Amazon. It also analyzes reviews to verify trustworthiness.

Amber Goleb
TOP 500 REVIEWER
4.0 out of 5 stars Please tell me there will be more!
Reviewed in the United States on January 26, 2021
Verified Purchase
Well. Well. Weeeellllllll. Now I'm sad. I'm all caught up on this series. I binge read most of it so I could read this one. And now, I will have to wait until 2022 for book seven. That is, if there is for sure going to be a book seven. I think there will be one? I sure hope there will be one.

I am all about Evan Smoak. He is such a bad mama jammer! I can't get enough of his adventures. This one is no different. Man, I had no idea where the author could possibly take us after book five. This adventure was definitely one I wasn't prepared for!

Speaking of the things revealed in this one. I wasn't expecting THAT, until I was. I did put some pieces together before they were revealed, but I think the reader is supposed to at least suspect, so I don't feel ripped off. The confirmation was like an extra cherry for me.

In this book, we get to see more of Evan's transformation. I am loving seeing him warm up into "humanity" slowly from book to book. This one really packs a punch or ten in that aspect. Be prepared to be hit in the gut with a softer side to Evan while him still being the savage beast he's always been.
Read more
36 people found this helpful
Helpful
Report abuse

🌺 Lynne E.
TOP 1000 REVIEWERVINE VOICE
2.0 out of 5 stars Orphan X Tries to Get in Touch With Human Feelings, Should Have Stayed Retired
Reviewed in the United States on February 2, 2021
Verified Purchase
If the cliffhanger ending in PRODIGAL SON actually means the end of Evan Smoak, then all I can say is, “Orphan X deserved better”. (Just like Sofia, the daughter of Evan’s half brother Andre.) In the book, Evan learns who his mother and father were, finds and protects his previously unknown half sibling, and gets in touch with his feelings of parental love for protege Joey.

Sadly, Greg Hurwitz doesn’t write well about emotions and feelings (e.g., love in its many forms). Evan’s reflections on love (especially motherly love) are confused and off the mark. They are almost always embarrassing and painful for this Orphan X fan to read. They are out of place in Evan’s character, as molded by his mentor Jack, even though Jack wanted his assassin to remain a human being.

The PRODIGAL SON plot includes several of the exciting action sequences that one expects from an Orphan X novel. Hurwitz does these extremely well. The novel also introduces a terrifying new military weapon, one controlled by artificial intelligence, that this reader fervently hopes is NOT already in development.

Orphan X fans will certainly want to read the novel, but it’s a great disappointment. Like other reviewers, I believe that Orphan X should have stayed retired. Love and happiness were never in the cards for Evan, and it’s too bad that author Hurwitz had to write PRODIGAL SON to figure that out.
Read more
13 people found this helpful
Helpful
Report abuse

Skipper
3.0 out of 5 stars Microdrones and melodrama
Reviewed in the United States on January 26, 2021
Verified Purchase
3.5 stars. Good entertainment with a focus on relationships and advanced drone technology. The BIG BAD in this book are dragonfly microdrones — sentient, small, and so-called “ethical” with tiny stiletto blades and packing high-energy explosives. Indeed, the horrific picture Hurwitz paints of a totalitarian tech-controlled future is to be strenuously avoided.

I enjoy the characters: X, Mia, Peter, Joey, Dog the dog, Tommy...and it was a treat to see Candy McClure, orphan V, again.

If poor Dog is stuck inside that apartment always, while Joey pounds away at her computer.

The story ends on a cliff. Sort of. A free fall. Whatever.

I began to listen to the audiobook but the narrator (Scott Brick) adds too much emotional syrup to an already purple prose. He needs to tone it down. So I read the book instead.

Ps. This is book six in a series. I have read them all. I found the various references and reminders to previous books and characters tedious.
Read more
11 people found this helpful
Helpful
Report abuse

D. Price
4.0 out of 5 stars Solid entry in the Orphan X lineup
Reviewed in the United States on January 27, 2021
Verified Purchase
I am a hug fan of the Orphan X saga. Overall this was another good installment in the series and worth reading for sure. There were 2 things I didnt like however:
1. The use of a novel as a sort of product placement guide. I really dont care about hearing all of the minute details about every single weapon, app, or product that Evan uses. I mean really, every time he pulls out a gun I dont need to know how many grains of gunpowder from whatever manufacturer were in the ammo he was using.
2. I work in software, so maybe it was me, but some of the descriptions of the technical apps and drones were so far over the top as to be science fiction. I like a bit more realism in my X stories.
Looking forward to the next installment (remember the base jumping rig in the flower pot on the balcony?).
Read more
9 people found this helpful
Helpful
Report abuse

lindaq6025
5.0 out of 5 stars It Just Keeps Getting Better!
Reviewed in the United States on February 1, 2021
Verified Purchase
How do you improve on this? I have been a huge fan of Gregg Hurwitz’s Orphan X Series. But his Prodigal Son was a Grand Slam in so many areas. As Evan Smoak attempts to assimilate into the normal world and acquire the social skills that most of us learn growing up, he encounters his mother asking for his help. From there, it develops into yet another great thriller. But along the way, Evan experiences personal encounters that he previously would have ignored, This time he attempts to take them on, not always successfully, but he is trying to fit in to his supposedly new retired life. His scenes with Joey are filled with humor, empathy and so much more as they both attempt to become comfortable with acceptable boundaries.
Read more
9 people found this helpful
Helpful
Report abuse
See all reviews

Kevin Mace
5.0 out of 5 stars Outstanding...!
Reviewed in the United Kingdom on February 7, 2021
Verified Purchase
The Orphan X series has become the one series of books that I read ahead of any others in my collection. The character development is 1st class and as a reader I find myself really caring about them - the latest in the series is another huge leap forward emotionally, but still retains all the action you could need - I can’t recommend this enough. Gregg Hurwitz is definitely one of my favourite authors
Read more
14 people found this helpful
Report abuse

Mr. Paul Campbell
3.0 out of 5 stars Spoiled by letting ridiculous technology dominate the story.
Reviewed in the United Kingdom on March 29, 2021
Verified Purchase
The first half of this book was on track, looking like was going to measure up the high standards of the previous ones in the series but then went off the rails on several counts:

1) Totally implausible technology: OK I'm cursed with a decent understanding of AI and programming which is what spoilt this book for me: the technology portrayed in this story is probably 30-40 years away at least which made the whole thing a bit jarring - I couldn't reconcile these sci-fi elements with the rest of the setting.

2) Plot anomalies like an academic with no military training managing to disarm Even.

3) Unsatisfying brief face offs between Even and the main badies.

Please, concentrate on the human aspects of the story and lets have less of the bond-on-steroids technology.
Read more
3 people found this helpful
Report abuse

Lagoon
4.0 out of 5 stars Orphan X defers his retirement. Phew.
Reviewed in the United Kingdom on February 7, 2021
Verified Purchase
Orphan X is supposed to be enjoying his retirement. Yep; me neither. Although a figure from Evan’s past piques his curiosity, this facet itself is not the mainstay of the story. As we’ve come to expect from this series, the action is relentless and graced with Evan’s sardonic wit.

Compared to the last two books, the story isn’t as rigid but the writing is as good as ever. This put a smile on my face and the ending has you checking to see when Orphan X will be back in action.
Read more
4 people found this helpful
Report abuse

Amazon Customer
5.0 out of 5 stars An excellent read.
Reviewed in the United Kingdom on February 10, 2021
Verified Purchase
The 6th in the series and it did not dissapoint. I have throughly enjoyed all the orphan X books. Brilliantly written as ever. The cliff hanger has left me ready for more. Hard to put down once started.
Read more
5 people found this helpful
Report abuse
See all reviews
Back to top
Get to Know Us
Make Money with Us
Amazon Payment Products
Let Us Help You
EnglishChoose a language for shopping. United StatesChoose a country/region for shopping.
© 1996-2021, Amazon.com, Inc. or its affiliates