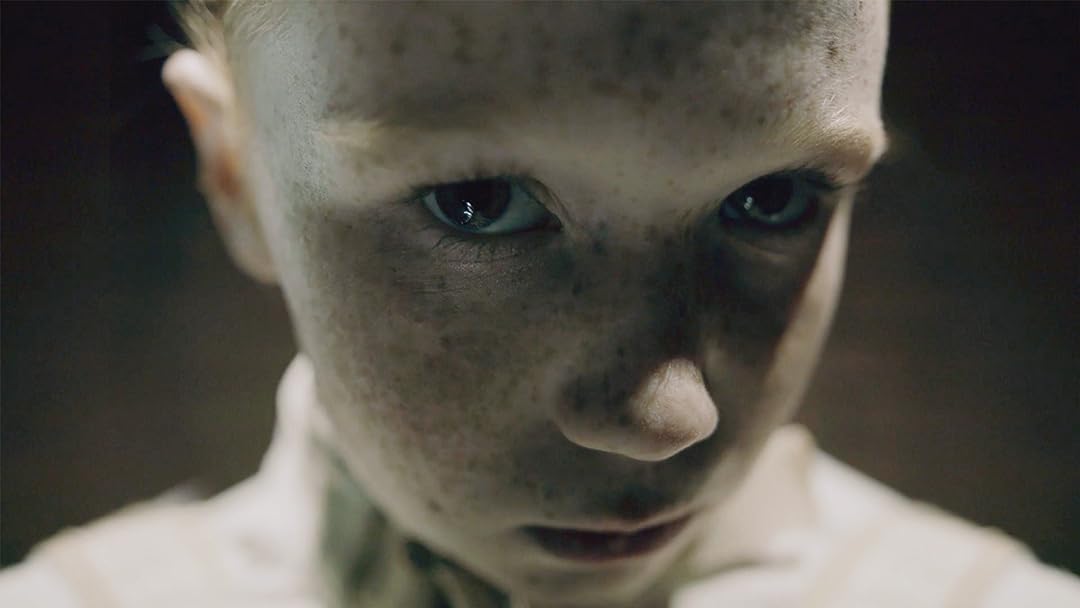 (342)5.91 h 20 min2018X-Ray18+
When an unconventional psychologist takes on the case of a dangerous young genius, the two engage in a battle of wits. As the sessions continue, the psychologist make some shocking, supernatural discoveries, that could impact his patient's life.

Cap'n CrustyReviewed in the United States on September 22, 2019
5.0 out of 5 stars
Not surprising that it got such low reviews
Verified purchase
Beyond the obvious dearth of violence and pulse-pounding action, and the complete and utter lack of nudity, this is obviously a bit too intellectual--to "talky"--for most 21st Century horror/sci-fi buffs. But if you've progressed beyond video games and silly Japanese comics, and perhaps even gotten out of your mother's basement at least occasionally, you just might find that this is an utterly humanistic approach to the hoary trope of the "super-powered mutant child that the military wants to control...or kill."

Sadly, that is unlikely to happen, and thus we'll continue to be beset with endless replays of the same old plots involving lantern-jawed heroes and repetitious dialog that viewers claim to disdain, yet keep clamoring for, while angrily denouncing in Apocalyptic terms any attempt to actually explore the dark depths of humanity in an attempt to find a glimmer of light. There is horror beyond mere graphic mayhem, kiddies...and sometimes there's even a kind of hope that doesn't involve some Schwarzeneggerian figure straddling the corpse of a dead demonic alien.

Logain UT AblarReviewed in the United States on October 9, 2019
4.0 out of 5 stars
Awesome
Verified purchase
Great film, well cast and well acted. The ending could have been better. Not that I was looking for gratuitous violence or anything of the sort but it would have been great to see how the Prodigy's powers evolved a bit more over time. Maybe if she used her power to find others like her, explanation on how her powers came to be. There's a potentially deeper story here that begs to be explored.

Also, Prodigy is a film that illustrates everything that's wrong with the Marvel Cinematic Universe. Prodigy is a great film that focuses on character development, a believable story with good pacing. Yes, Ellie is a telekinetic (can move objects by force of will alone) and has higher intellect far beyond her years. But the director didn't need a multi-million dollar budget to convey that or to illustrate that she can be very dangerous. The story didn't suffer because of a over focus on Ellie's abilities. In other words, scenes weren't created to facilitate showing off Eliie's powers. Her powers were used within the context of the story. MCU films generally don't do this. Too many are basically just set pieces to blow things up and fight outlandish enemies with some kind of loosey goosey story hashed together to justify it all.

Prodigy is the type of film that shows that stories about super powered people can be great films with some depth if the writers and directors have the skill to make a great film first and foremost with a believable story that happens to have people with powers in it as opposed to just throwing millions of CG effects on screen and calling it a day.
21 people found this helpful

S. WattsReviewed in the United States on August 31, 2018
4.0 out of 5 stars
Ok movie, horrible ending. SPOILERS
Verified purchase
SPOILERS BELOW

Full honesty, this movie is kind of bad, but I am still drawn to and have watched it several times. Here's why. The over plot is ok. Young girl with telepathy is being held because she killed her mother. All the previous psychologists and analysts have diagnosed her as being a sociopath and a danger to society, so lets kill her and look at her brain. The only characters really developed are Richard Neils and Savannah Liles, the rest are just bystanders. Liles does do a great job and pulls off the sociopath role amazingly especially for age, but she's no Sissy Spacek when it comes to the telepathy side of things. The whole plot focuses on Neils trying to open Liles up and find out what's really going on in her head. The reason this movie is BLAH is the ending. They spent all the time on the few hours of interaction between Neils and Liles and then just kind of slam you with an ending that leaves you thinking "really? that's it?". This girl has built up such strong walls of self protection, that a few hours with this shrink and her seeing her moms necklace make her crack? Ugh. Just no. It's so unbelievable and lacking.

But the overall film is good, and like I said I have watched it multiple times. But every time I see the ending I think "what a waste"
36 people found this helpful

LeoneReviewed in the United States on October 27, 2019
3.0 out of 5 stars
12 Angry Men, with Superpowers
Verified purchase
At first glance it's easy to think this is just another "creepy-kid with powers" movie. But if you've ever seen 12 Angry Men, you'll see the parallel quickly. While wrapped in a supernatural blanket, the story is actually about the "jury" behind the mirror in whose hands rests the fate of the girl. Neil's character is even named Fonda, as in Henry Fonda. It's actually a bit heavy handed that way. Over all, not a bad movie. Not comparable in quality to the classic, but not bad as an homage with a twist.
12 people found this helpful

ACJeanReviewed in the United States on April 27, 2018
4.0 out of 5 stars
Worth watching just for the young girls performance
Verified purchase
Great story and what could have been a pretty good movie if it had a bigger budget and a different male lead. The young actress in the film does an amazing job and makes it worth watching all the way through. The characters felt like an afterthought to her story line and presence.
23 people found this helpful

Allen EReviewed in the United States on September 17, 2018
1.0 out of 5 stars
A cheap mashup of x-men and Species..
Verified purchase
I got hooked into watching this movie by positive reviews. This movie appeared to have spent less on the production than Plan 9 From Outer Space. Even the "colonel" in the film didn't have a uniform. In Plan 9 they at least sprung for a gorilla suit. Except for scenes in a public park, the entire movie was based in a beat up old.. very old warehouse office with a device to incapacitate the little girl that looked like some prop left over from a Buck Rogers movie. The story was absolutely incredible (as in unbelievable). The writer made sure that any powers the little girl had wouldn't require any spending on special effects. In the end, the troubled girl has a conclusion to the "treatment" she's received that is just silly. I don't want to put spoilers in here so I won't except to say that I just felt sorry for the actors. One of the worst movies I've ever seen.
12 people found this helpful

MichaelReviewed in the United States on October 14, 2019
5.0 out of 5 stars
There are a few people WHO do have this ability!
Verified purchase
This movie reminds me of the Movie "LUCY" very similar abilities, just a much younger girl. I would have appreciated seeing the girl prodigy have used her powers to escape the tie straps, which should have ben automatic, and be unstoppable. She has the ability to move any object regardless of weight, because she removed the steel tables from the screwed in concrete! The doctor was definitely, a genius himself and saw beyond the normal methods to make contact with the girl. I wanted to see some actual blood on a grand scale, however, it was exactly the opposite. Overall story was a 10, special effects a 9, michael score a 9 plus.
7 people found this helpful

M. CrumptonReviewed in the United States on November 9, 2019
4.0 out of 5 stars
well done and a little frustrating
Verified purchase
The movie was very promising with good performances by the main characters. The one downside is the lackluster ending, somewhat predictable and not really worth the big buildup. Fix the ending and triple the budget and this was a great movie.
5 people found this helpful
See all reviews
Back to top
Get to Know Us
Make Money with Us
Amazon Payment Products
Let Us Help You
EnglishChoose a language for shopping. United StatesChoose a country/region for shopping.
© 1996-2021, Amazon.com, Inc. or its affiliates