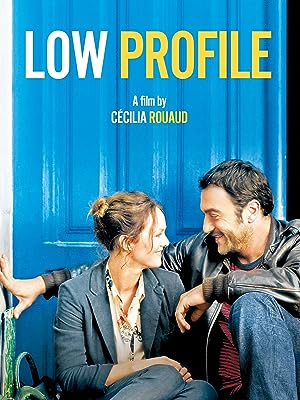 (26)
5.81 h 32 min2013NR
There's nothing to keep Yvan in Paris anymore. His wife has left him, his teenage daughters have chosen to live with his sister. He's ready to leave but beautiful Emmanuelle enters his life.

Jean SantoreReviewed in the United States on March 8, 2018
5.0 out of 5 stars
Five Stars
Verified purchase
I will watch anything with Vanessa Paridis. She is so quirky so full of grace.
One person found this helpful

RCG1115Reviewed in the United States on December 17, 2017
4.0 out of 5 stars
charming movie for a cozyWinter night
Verified purchase
Charming eccentric characters Life is messy theme Very good acting & if you don't fall in love with little Leo you may not have a heart

Jay LaneReviewed in the United States on December 18, 2013
4.0 out of 5 stars
Time to Grow Up, Bucko!
Well, here is the last film of the 2013 Seattle International Film Festival that I'll probably see. "Je me suis fait tout petit" is one of those French films (English captions) that comes across as sappy, predictable and sweet. Sure enough, this one is exactly that; as a result I was relaxed and happy with every minute of it.

Directed by Cécilia Rouaud ("Monsieur Batignole"), we watch a divorced man who is stuck. Five years ago, his wife left him for another man, had a child by him, then changed her mind...AGAIN..and is off to Thailand. His sister, who seems to be an obsessive/compulsive, is raising his two teenage girls, and now their little half-brother has also been sent to her.

We watch:
* Denis Ménochet ("Inglorious Basterds") is our hapless hero, a school teacher who lives alone and has made plans to relocate to Brittany. He feels totally inadequate to be a parent. His daughters seem able to cope with their aunt's OCD, but he DOES feel sorry for that little four year old.
* Vanessa Paradis ("Heartbreaker") is another teacher at his school. She is clumsy, forward, a mother of two and has a charming gap-toothed smile.
* Léa Drucker ("Big Sister's Gang") is his sister, trying to take her meds and keep her OCD under control. She is a good-hearted, loving gal who really wants to see her brother get his mojo back.
* Laurent Lucas ("The Meteor") is his brother-in-law. Every woman should have such a patient and understanding husband!
* David Carvalho-Jorge, in his first film, is as darling as any little boy we could hope to see!

Of course, anything our hero does to avoid growing up and being a father seems to blow up in his face. He goes to great lengths to get that boy out of his sister's house but then seems stuck with him.

You will see no profanity, no sweaty bodies, no vehicular mayhem, no gunshots and no blowie uppie stuff, only people you like and hope to see succeed. Like I said, "sappy, predictable and sweet." ...smile...

football fanReviewed in the United States on May 18, 2018
4.0 out of 5 stars
Faded Love
Love changes everything.

Divorced, two teenage daughters, now he has to take care of his ex-wife's five year old son in this romantic comedy.
See all reviews
Back to top
Get to Know Us
Make Money with Us
Amazon Payment Products
Let Us Help You
EnglishChoose a language for shopping. United StatesChoose a country/region for shopping.
© 1996-2022, Amazon.com, Inc. or its affiliates