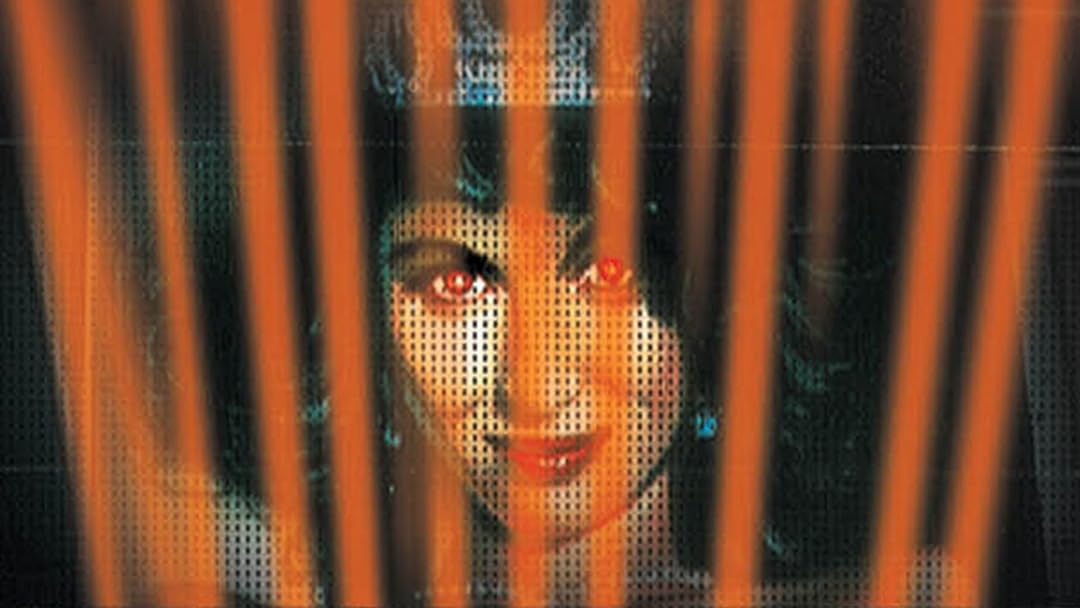 (142)
5.71 h 37 min1987R
In this supernatural sequel, the spirit of a sexually voracious teen possesses a high schooler.

TechnoMachinima1996Reviewed in the United States on October 13, 2021
5.0 out of 5 stars
One all around excellent, campy 80's horror movie.
Verified purchase
I have long and fond memories of first watching this movie on TV and then renting it a couple of times then a few months later on getting the VHS as a Birthday present. Happily I found enough friends of whom like me either enjoyed this one and hated the first Prom Night or they loved both movies for very different reasons. Unlike Prom Night(1980) with this stand alone sequel I have strong nostalgia. I go back to my youth everytime I watch it.

This time instead of a slasher you get a supernatural ghost wanting revenge storyline. This new direction offers fun, camp, interesting characters, and sex appeal as well. Also this movie makes some great nods to classic horror movies before and their directors.

The eye-candy is strong with the good-looking guys and the hot babes. The scares are effective and creative, the cinematography is excellent, the camerawork is great too, tha acting is pretty good, the special effects are sensational, the nudity is great, and the campy side also works well.

Forest NymphReviewed in the United States on July 10, 2021
4.0 out of 5 stars
Excellent (but also flawed)
Verified purchase
I totally love this movie, it's really more 1950s than 1980s down to the dusty claustrophobic scenes of rooms in the old school to some of the actual decor - but it still has those 80s hallmarks of wacky fluorescent lights, gratuitous unnecessary nudity, and outright obvious lifts from De Palma's Carrie as well as the NoES franchise.

Part science fiction, part supernatural horror, brilliant teenaged sociopath Mary Lou Maloney was always destined to be a serial killer, it's just that her being murdered at her senior prom in 1957 by her jilted square steady made her powers all the more terrifying. This is actually a really great example of 80s slasher cult classics, with its layered backstory, slow paced length, and all the dressings. I remember that demonic carousel horse from when I was a little kid.

ReeReviewed in the United States on May 1, 2019
4.0 out of 5 stars
Campy 80’s horror: A good “bad” movie.
Verified purchase
Take The Exorcist, combine it with Carrie, add a pinch of incest and then make it Canadian. The best “bad” movie I have seen in ages. You’re gonna hate Vicky’s mother. I mean, the hatred of Vicky’s mother is going to keep you watching this movie. Grab a beer and be prepared to laugh. I want a reboot with Emma Stone as the feminist icon Mary Lou and Jennifer Lawrence as Vicky and we set it in the 90’s. A24, make it happen.
7 people found this helpful

Avid readerReviewed in the United States on February 4, 2021
3.0 out of 5 stars
Some Proms are really difficult to enjoy
Verified purchase
This is neither great nor terrible. There are some memorable characters, especially Vicki’s mother. Mary Lou had a really bad 1957 Prom, and fast forward thirty years, and two of the main protagonists have gone on to be a principal and a priest. But neither of them can escape what happened prior. Vicki manages to unleash the spirit of Mary Lou, and she is out for vengeance. Part of this is shown in real time, and others in an hallucination and they are woven in ways that make it difficult to know which is real, especially at the end. But really, for the best time at a Prom your date really needs to be Carrie White.

Richard A. ColeReviewed in the United States on July 14, 2020
4.0 out of 5 stars
2 movies in one
Verified purchase
Another classic B-movie, from Canada. This is a combination of Carrie and Nightmare n Elm St. It's not bad actually, but it is very clear that the above mentioned films are what inspired it.
It is the typical 80's high school stuff with the fashions and attitude which reflect high school in that day.
Not badly acted, scary yet predictable at times. There is a great shower room scene with full nudity and a good scene of a wild killing.
Worth a watch if you like old horror, or horror in general.

MajorHavoc54Reviewed in the United States on May 6, 2008
5.0 out of 5 stars
"There aint no god..and you wanna know what really pissed me off?........."
Verified purchase
"NO F*****G WINGS!".....this is just one line from this movie, which is by far, in my collection as one of the creepiest movies I own. I have seen this movie countless times and I think it was very well done in an era when these kinds of movies ran rampant.............the 80's, I don't know if it would stand up against some of the ones if it were made today the same way but it still gives me chills.

Mary Lou Maloney was Prom Queen of the 1957 prom but unfortunately, a jealous boyfriend decided to play a joke on her a throw a stink bomb on stage from the rafters and ruin the proceedings, but as luck would have it, he ruined a lot more than that, he ruined her dress, her hair, her makeup and pretty much any chance for a life after High School because the stink bomb ignites the dress and turns her into a toasted Marshmallow...........BUT HEY, what kind of a movie would it be if it ended there, eh?.................CIRCA: 1987, 30 years later and strange things are happening at this school and most of them to poor Vicki Carpenter, who is running for Prom Queen, unfortunately for Vicki, someone else wants the crown who missed it by a stink's breath, MARY LOU and nothing is going to stand in her way......or NOBODY so, she does what any self respecting life entity does in a movie like this...she takes over Vicki's body and the fun starts and so does the body count.

Hey, this movie is a slam dunk for anyone's collection who likes horror, it stars great Character actor Michael Ironside, from the TV Mini-series "V" and movies like THE NEXT KARATE KID.
One person found this helpful

Avid fanReviewed in the United States on September 5, 2010
5.0 out of 5 stars
Hello Mary Lou Prom Night II
Verified purchase
This movie is not really that much of a sequel to Prom Night which starred Jamie Lee Curtis of Halloween fame. This is sort of a different movie and explains more about what happened in Highland High's past. In 1957 Mary Lou Maloney was crowned homecoming Queen but due to jealousy and anger, her just dumped boyfriend, played by Michael Ironside, threw a smoke bomb on the stage. Unfortunately, it caught Mary Lou's dress on fire and she died tragically burning up so fast no one could even approach her to try to put the flames out and save her. The school has been haunted ever since and when a troubled teenage girl searches for a new dress in the school's basement, she accidentally unlocks a trunk where Mary Lou's ghost can cross over and come into this world. Havoc is wreaked, but the story becomes totally unbelievable, if it ever was, about near the end of the movie where it becomes a rip off of Stephen King's Carrie movie. Good acting though and it's got the usual teenage angst and gore. I like the movie for it's 1950's glimpses at life like those awful school gym uniforms, the one piece blue uniforms that women who are a little older used to have to wear to P.E.! Yikes!
2 people found this helpful

JosephReviewed in the United States on October 17, 2021
4.0 out of 5 stars
words can't do this film justice
Verified purchase
this movie to be blunt fits my idea of it's so bad that it's actually good. they try to throw just about every horror at it. you get carrie, nightmare on elm street, poltergeist, evil dead. as my title says words cant do it justice. if you love horror just pop this on. you will see for yourself the sheer bonkers nature of the movie. oh also this came out 11 years after carrie, and 3 months after elm street 3 which clearly shows. nuff said jsut watch it.
See all reviews
Back to top
Get to Know Us
Make Money with Us
Amazon Payment Products
Let Us Help You
EnglishChoose a language for shopping. United StatesChoose a country/region for shopping.
© 1996-2021, Amazon.com, Inc. or its affiliates