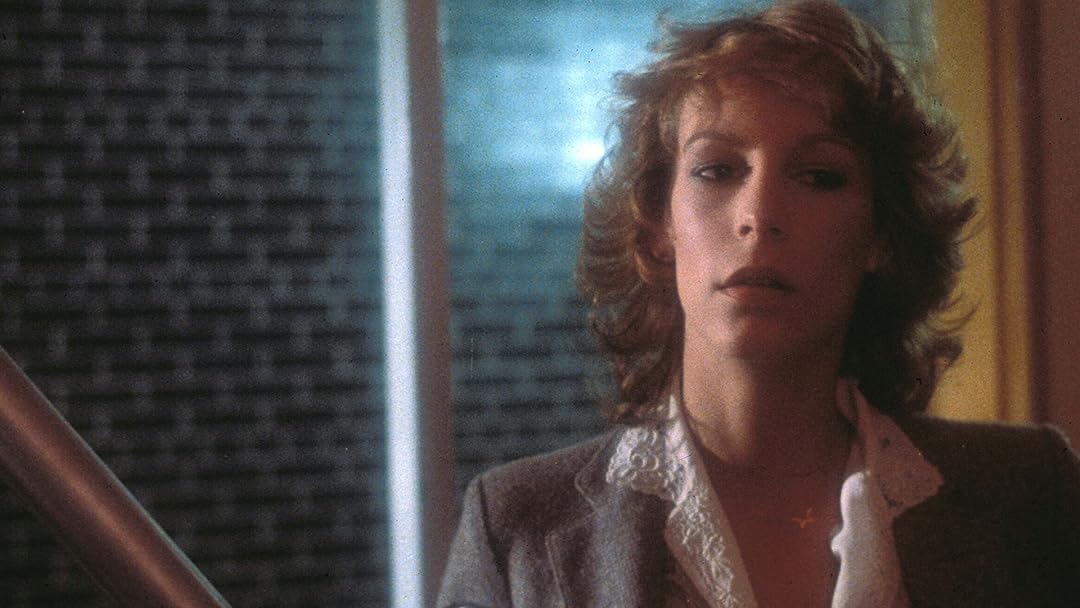 ClaramjReviewed in the United States on February 20, 2020
4.0 out of 5 stars
They Don't Make Them This Way Anymore!
Verified purchase
Just finished watching Jamie Lee Curtis in Terror Train, also put out in 1980, and was recommended this after, so figure I would watch another of the old horror movies I watched as a kid, when my mom used to bring me and my two older brothers to see spook movies with her!

This was better than Terror Train, since it had more story to it, acting was better too, but it does have some small plot holes to me!

Like the person that turned out was the killer, he knew way back when it happened, but not only didn't say anything, but went to school with the ones that did it and hung out with them, watched the guy that was part of it date the sister of the victim, but said nothing? Why?

But it's no worse on the plot holes than most movies and tv shows are today, that people love!

It was funny seeing Leslie Nielsen in a serious role as the principal of the school and the father of the victim and Jamie Lee Curtis character, so used to him doing comedy! But some today don't know that he started out doing serious movies, in the 50s up into the 70s that is all he did! He was always good in both though!

This is a lot better than those knock offs and rip offs that were made afterwards, so don't let them keep you from checking this one out, because this was the original of it's kind!

Sean WanderseeReviewed in the United States on October 11, 2020
4.0 out of 5 stars
Disco Madness
Verified purchase
Six years ago to the day Robin Hammond fell to her death. Now the kids who were present at her accident are being picked off one by one in good slasher style at their senior prom.

You see when Halloween and Carrie love each other very much they have to go to Canada because their love is so forbidden it takes the cooler climes of the Great White North to make their love child, that and a very generous tax scheme. That love child was Prom Night, equal parts Halloween, psycho escapee with doctor and cop in hot pursuit, and Carrie bad girl and goon ruining the prom with a dash of Leslie Nielsen, which came out the same year as Airplane! Talk about role whiplash. This is an overall very average slasher movie from the era, which is to say better than most, but it elevated by Jamie Lee Curtis and Leslie Nielsen who give the movie more star power than is really warranted for such a film. It takes its time to get rolling but once it does the movie is a fun thrill ride of slashing. My favorite part of this movie is just how 70s it is. A lot of slasher of the era aimed for a general feeling of vague timelessness but not Prom Night. Prom Night proudly declared ‘The 70s Will Never Die’, unless a guy in a ski mask stabs it with a bit of broken mirror, and went full throttle zeitgeist. You have disco, big hair, polyester, a guy with an all shag carpeted interior conversion van. What other movie can you see Leslie Nielsen and Jamie Lee Curtis disco dancing? Nowhere, that is where.
2 people found this helpful

lisalisaReviewed in the United States on July 25, 2018
4.0 out of 5 stars
a Slasher with Heart
Verified purchase
I like a slasher/horror film with a good back story and an antagonist with some humanity. For instance, Michael Myers, Jason, Freddy; they're basically superheroslashers. They can't be killed. They have super powers. Even they don't know what motivates them anymore. Some of my favorite backstories are from Sleepaway Camp, Terror Train, and this movie: Prom Night. Yes, the killer is doing horrible things, but with reason and compulsion. And let me just say: I'd give 3 stars for the disco dancing scene alone.
5 people found this helpful

JeanReviewed in the United States on December 6, 2017
4.0 out of 5 stars
Great nostalgic value.
Verified purchase
I have to give it four stars just for the nostalgic value. It brings back good memories of many fun times. I used to dance like that! The acting is really not that bad for the time this was made, although the choreography of the fight scenes leaves a lot to be desired. I did enjoy the music but I forgot how relentless it is (I've seen this movie several times). It just never quits once the prom starts, no matter how far through the building they run. It was a lot of fun seeing the outfits and remembering wearing those!
5 people found this helpful

Pumpkin ManReviewed in the United States on January 16, 2015
4.0 out of 5 stars
A Night to Die For!!!
Verified purchase
Before 'I Know What You Did Last Summer' there was Prom Night. This is a nice little revenge slasher from the 80's. Made in the early days when Jamie Lee Curtis was the Scream Queen and made horror films like this, Halloween, Terror Train, and The Fog. If you love revenge slashers with a killer who wears a mask and you don't know their motive til the very end, then this is the movie for you.

Six years before the night of the Prom, a little innocent girl named Robin is accidentally thrown out of a window while a group of children play a macabre version of 'hide and seek' They swear never to tell anyone what happened, but someone saw and knows the truth. One by one, the killer stalks the group of friends responsible at the Prom and kills them in grotesque ways.

J. B. HoyosReviewed in the United States on August 2, 2008
4.0 out of 5 stars
"Now It's Time To Fade To Black"
Verified purchase
Their identity hidden by a ski mask, someone is slashing the student body on Hamilton High's prom night. What dark secret links the victims? What terrible pain has the mysterious stranger suffered in the past that compels him to kill and kill again? Terrifying elements of "Halloween" and "Carrie" have been blended together to create a great gem from the slasher frenzy era.

Jamie Lee Curtis does a terrific job playing Kim Hammond, disco queen and sister of ten-year-old Robin who was found dead at an abandoned school six years ago. In fact, of all the slasher movies she starred in, this is one of my favorites. Why? The decapitation that evacuates the gym is awesome. Also, the fact that the killer's identity isn't revealed until the end gave it a mysterious feel that reminded me of an Italian giallo. I also love the "Fade to Black" song sung by Gordene Simpson during the closing credits; it accurately describes the pent up rage that led the killer to his emotional unhinging. In fact, the movie has a great musical score, which was provided by Paul Zaza.

Though "Prom Night" is enjoyable, the DVD from Echo Bridge doesn't receive many accolades. The video is grainy, the audio is weak, and there is the absence of extras, not even a trailer. It was cheaper for me to buy it at Best Buy than trying to purchase an out of print version from Anchor Bay, which was probably a better product all around. At least Anchor Bay's DVD had a trailer.

Let me also say that this "Prom Night" is so much better than the predictable "Prom Night" remake of 2008. The remake was void of any plot twists and turns and the viewer knows who the killer is from the very beginning.
6 people found this helpful

N. P. StathoulopoulosReviewed in the United States on August 9, 2002
3.0 out of 5 stars
Not your best slasher, far from your worst
Verified purchase
Jamie Lee Curtis followed up 1979's The Fog with 2 slashers: Terror Train, and Prom Night. Sure, she's long in the tooth to be playing a high school senior, but she was a dependable horror heroine.
Prom Night is pretty typical slasher fare. Nothing fancy. Years ago a group of youngsters accidentally caused the death of young girl during a cruel game of hide-and-go-seek. They swear forever to keep it a secret.
Years later, while all the attractive fems are perky high school seniors, someone starts making the phone calls. I have to admit, the whole sequence is a bit funny. Scene after scene of just the killer's mouth and chin rasping into the phone and asking if the girls like to play games, etc. Then he scratches names off a pad. A bit funny. Maybe we've just seen it parodied too much.
Anyway, there's little real suspense. A creepy stalk scene in the girls bathroom. Big red blinking red herrings thrown in shamelessly. There is a good chase sequence through creepy, dark school hallways. It leads to a payoff kill. Speaking of bloody murder, this isn't top of the list for gore, either. We get stabbings, some throat cutting. But the best effect is a single murder, and that's the disco-floor decapitation of an unlikable knucklehead senior.
Speaking of disco, you'll either be thrilled or horrified by how much this film has dated. We're talking a serious disco ball prom night here. You've been warned.
Jamie Lee is perfectly fine here. Leslie Nielson, yes, Leslie Nielson, plays a serious role as the school principal here. He's not bad, but you just keep expecting him to say, "And don't call me Shirley."
You could do far worse than Prom Night on a boring evening. If you're a genre fan like me, you'll like it, and you'll have to see it. Not the best, but adequate.
6 people found this helpful