A Promise Kept (A King's Meadow Romance) and millions of other books are available for Amazon Kindle. Learn more
Share <Embed>
Have one to sell?
Sell on Amazon 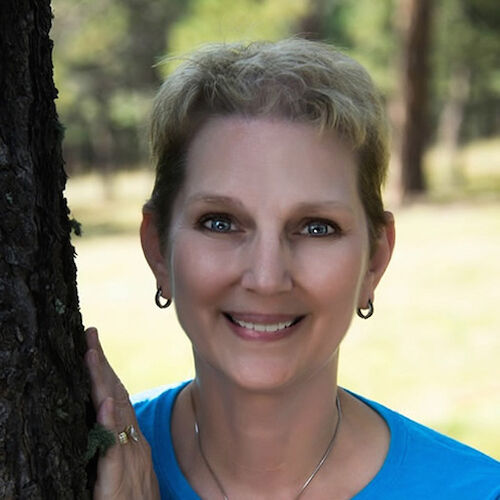 Start reading A Promise Kept (A King's Meadow Romance) on your Kindle in under a minute.

4.7 out of 5 stars
4.7 out of 5
266 global ratings
How are ratings calculated?
To calculate the overall star rating and percentage breakdown by star, we don’t use a simple average. Instead, our system considers things like how recent a review is and if the reviewer bought the item on Amazon. It also analyzes reviews to verify trustworthiness.
Top reviews

Kathy Dobyns
5.0 out of 5 stars Marriage Troubles.
Reviewed in the United States on May 26, 2014
Verified Purchase
Robin Lee Hatcher shared this story because it was her own situation that she was once in. Certainly not all the details, but some of them rang true. Allison, the main character, was moving into an old log cabin she had inherited from her deceased aunt Emma after a divorce caused an excoriating separation from Tony. Allison was determined to carry on with her life, still not believing they were divorced. Her biggest struggle was with God. Allison thought the promise of their vows would last forever, never knowing from the start that an alcoholic husband would be the death of their marriage.
Well it was over, but they were parents of a daughter who had graduated from college, and she came home on vacation from her new job, and had to share her time with two parents who lived a couple hours apart. Tony begins anew at AA, and starts passing milestones. He is already up to 6 months, but not only that, his attitude was changing. He began apologizing, taking responsibility for his actions, claiming it was his fault, and at every opportunity rectifying situations and relationships. He was nice, and sweet, and loving. His old self had practically disappeared. He stopped his drinking and expecting others to meet his need first. He was nice to be with, and both his ex wife and his daughter came to a place of forgiving him and accepting him, especially during holidays and planning a family camping trip.
The part of the book that attracted me was that in moving to the log cabin, Allison found two old trunks in the attic. She had never been permitted in the attic as a child, so this discovery peaked her curiosity. She found treasure, but her best find was Aunt Emma's journals. They were written during the years from 1915 until her death in her eighties. Reading these chapters interspersed with present day happenings revealed some shocking secrets. I liked how much their lives took some of the same turns.
God worked in all of their lives, in Allison and Tony, but also in Aunt Emma.
The story is very clean Christian fiction, and I gave Robin five stars for how well she developed her characters. A great read!
Read more
4 people found this helpful
Helpful
Report abuse

Carol
5.0 out of 5 stars A great read!!!
Reviewed in the United States on May 16, 2016
Verified Purchase
After having gone through the devastating effects of a divorce myself and believing that "whatsoever God has put together, let no man put asunder", I could very well relate to everything Allison and Emma experienced. Divorce (no matter the reason) feels like you're expecting a loss equivalent to the death of your best friend except for one very important thing - they are still alive. Accepting that is so hard, especially when you fill that you've failed, failed yourself, your family, and most of all, the Lord. Learning to lean on Him and allowing Him to bring you out the other side, can be difficult but very rewarding. Allison did a lot of spiritual growing while reading Emma's diaries. I wish that I had had a chance to speak with my aunt who had had a divorce. The subject is handled extremely well and we are allowed to see how that God can use others to do His work.
Read more
2 people found this helpful
Helpful
Report abuse

Kindle Customer
5.0 out of 5 stars The promise of God is yea and amen.
Reviewed in the United States on April 16, 2016
Verified Purchase
This is the first Robin Lee Hatcher book I have read. I could not put it down and finished it in six days! I am the daughter of an alcoholic mother who beat me unmercifully and am divorced from a very unfaithful man who bullied me emotionally, so this story really resonated strongly with me. I wept, I smiled, I hoped and experienced despair with the two main characters. Ms. Hatcher weaves the stories of these two women together so masterfully - she is a very gifted storyteller. I will start reading Love Without End today and expect a similar experience.
I highly recommend A Promise Kept to every woman, no matter what her life experience, for encouragement and hope in your life journey.
Read more
2 people found this helpful
Helpful
Report abuse

Luv 2 Read
5.0 out of 5 stars Hope, Healing, and Home
Reviewed in the United States on May 19, 2015
Verified Purchase
Thoroughly enjoyed this book. Really liked how the story alternated between Allison, rebuilding her life after divorce, and her Aunt Emma, whose diaries she found and whose house she inherited. The plot weaved their stories together and provided a framework for Allison's healing and her rekindled openness to God's plan for her life. As humans, we see the jumbled threads on the back of the tapestry and it looks messy and confusing. God sees the completed tapestry of our life. Would highly recommend to others!!!! When you complete the book and think how much you loved it .... there's more.
Read more
2 people found this helpful
Helpful
Report abuse

Kbrimhall
5.0 out of 5 stars Well written.
Reviewed in the United States on April 13, 2016
Verified Purchase
The story of Allison and Tony are one of dealing with a typical alcoholic. It started gradually and became worse along with infidelity on Tonys part. That lead to divorce and Allison moving into her bread aunt Emma's cabin.

While living there she finds journals written by her great aunt Emma. As she reads she sees a parallel with herself and her aunt. She solves the mysteries of her aunts life.

Ellen Oceanside
TOP 1000 REVIEWER
4.0 out of 5 stars SHATTERED DREAMS FOR THESE TWO WOMEN
Reviewed in the United States on June 29, 2018
Verified Purchase
Dreams have been shattered for Allison,retreating to a cabin that had been left to her. The attic was never opened to them when they came as children. Now it beckons her to investigate. Finding how her great aunt lived in the 20’s and 30’s. The heartbreak, and loneliness, was it any different then what she now was going thru. With the healing mountains, and God’s help, she too would find peace. A story of rememberance, of a love these two women had.
Read more
Helpful
Report abuse

debs
5.0 out of 5 stars An Essential Read for Divorcing, Divorced or Family Members of Divorced
Reviewed in the United States on January 29, 2014
Verified Purchase
Having been divorced several years ago, I identified on every page with the feelings, frustrations and spiritual soul searching . Robin has captured the very essence of divorce. I also have a daughter who has been estranged from me since the divorce. Robin helped me to work through so many feelings with this insightful book and reminds me that I must wait on the Lord and give it all to Him. I had my feelings validated and I was given new hope for the future. As a Christian, I think divorce is an especially difficult road to walk. Many people do not understand nor do they want to know. What a gifted and sincere writer! Thank you, Robin, for this book that I will read again over and over! I will also share this book with other people who I know are hurting from the effects of divorce. God has gifted you and I thank Him for you!
Read more
One person found this helpful
Helpful
Report abuse
See all reviews

sunny
5.0 out of 5 stars really touching
Reviewed in Canada on January 11, 2015
Verified Purchase
Wow. This book was such an amazing example of loving and forgiving people. It made me think and re-evaluate what it means to give someone a second chance. It reminded me the importance of continually praying for people, even when they are no longer in your life. God has been showing me that he doesn't always keep his promises in the time we think he should...when we let it go and come to the end of our dream, he redeems our dream. This book came at the right time...but then that's just like God, isn't it. ;)
Read more
Report abuse

Kindle Customer
3.0 out of 5 stars Thought provoking
Reviewed in Australia on July 8, 2019
Verified Purchase
Not a book I would read for fun. It has a lot of angst in it. Lots of wisdom too. Useful if you are seeking encouragement that God works in mysterious ways. Our part, to trust and obey.
Read more
Report abuse

Lydia
5.0 out of 5 stars Heartaches
Reviewed in Canada on August 19, 2017
Verified Purchase
This book is so true to life and life's experiences. BUT GOD sees one through them all and brings blessing when we submit to Him.
Read more
Report abuse
See all reviews
Back to top
Get to Know Us
Make Money with Us
Amazon Payment Products
Let Us Help You
EnglishChoose a language for shopping. United StatesChoose a country/region for shopping.
© 1996-2021, Amazon.com, Inc. or its affiliates