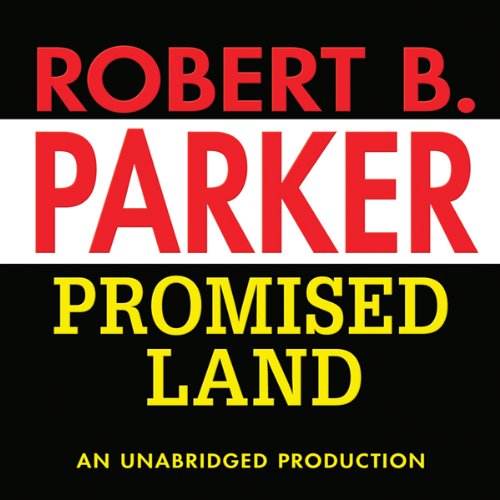 List Price: $23.93
You Save: $5.94 (25%)
By completing your purchase, you agree to Audible’s Conditions Of Use
Sold and delivered by Audible, an Amazon company
Share

4.3 out of 5 stars
4.3 out of 5
979 global ratings
How are ratings calculated?
To calculate the overall star rating and percentage breakdown by star, we don’t use a simple average. Instead, our system considers things like how recent a review is and if the reviewer bought the item on Amazon. It also analyzes reviews to verify trustworthiness.
Top reviews

Kindle Customer
5.0 out of 5 stars It's An Oldie But a Goodie
Reviewed in the United States on March 10, 2020
Verified Purchase
I read all the original Spenser books years ago as they were published...this one in 1977, I think. I enjoyed it all over again here! It won the Edgar award for Best Novel that year, and it was loads of fun. This one is especially noteworthy because it is the first time that Hawk makes an appearance in a Spenser story, even though Spenser and Hawk do go way back from their boxing days. There was no technology of note (it was the seventies!) - no cell phones and no computers - just a great story. Parker's dialogue is copied bu many writers - crisp, to the point, and the story moves along beautifully. There are two plots here, seemingly separate but eventually intertwined. There is never a cliffhanger in a Spenser novel - it's just not needed to urge the reader to buy the next book. I'm not sure if I intend to read them all again, but re-reading these first four was great. Highly recommended.
Read more
10 people found this helpful
Helpful
Report abuse

Ellen Behrens
4.0 out of 5 stars Great Nostalgic Read
Reviewed in the United States on June 12, 2020
Verified Purchase
I admit the four stars isn't Parker's fault. The book is seamless and a page-turner and all things good, except a few things are starting to show their wear after all these years.

First published in 1976 or so, this book has Spenser struggling not so much to solve the case he's been hired to investigate, but to figure out what all this "women's lib" business is all about.

Reading anything set in the age of landline telephones with dials brings back more memories than you could record on a cassette tape. Fighting all that, I managed to focus on Spenser's plan to free his clients from some shady business.

Robert B. Parker was at the top of the game (not just his game, but everybody else's as well) when it came to a good mystery. He's a great choice for dipping into a great story while riding the waves of nostalgia that might just wash over you in the process.
Read more
4 people found this helpful
Helpful
Report abuse

Luther Mills
3.0 out of 5 stars 40 year reread
Reviewed in the United States on April 13, 2015
Verified Purchase
I read this book a little after it came out, in 1978. This was first of Parkers books I ever read. I thought it was one of the best Hard Boiled PI book ever, up there with my two favorites Chandler and MacDonald.. I started buying every Spenser book as they were published, for the next few years. After his first 10 books, I got tired of the characters, so I stopped reading them. I also got upset when Parker decided to write a sequel to Raymond Chandlers, Philip Marlowe series. I thought it was a cheap shot, at the greatest mystery series ever. Parkers, Marlowe was awful. Nothing like the Chandler character.

I decided to reread Promise Land when I saw it on Amazon. I read it so long ago, it was almost a fresh read, I did remember some of the books details. In forty years my tastes have changes. I did have as high regard for the story, as when I originally read it. I always like character portrayal of Spenser and Hawk. Although the television series, was terrible, and the actors were nothing like the characters in the book. Especially their physical portrayal. I also found in the book Susan Silverman as being terribly annoying and superficial. In this book Susan, Pam (the runaway wife, Spenser his hired to find, by her husband) and Spenser have detailed, long discussions, on the questions of "machismo.' When I originally read this I found these discussion interesting but now, I found them ridiculous. I felt the same about the endless discussions between Spenser and Susan about there ever changing relationship. This book was written about the time of the Patti Hearst Kidnapping, when the Black Panther movement was at it peak and after the Anti-Vietnam protests. The novels has a flavor of these events, but uses radical feminist. Pam is one of the most morally corrupt, shallow, stupid, selfish and weakest characters I have ever read about. I had totally not sympathy for her. I couldn't believe than Spenser or Susan felt she was a victim. 40 years ago I would have given this book 5 stars, today only three. I might read a newer book on Spenser to see how it evolved. I don't like the fact that the series has continued after Parkers death, with a new author. .
Read more
25 people found this helpful
Helpful
Report abuse

Robert R. Werner
3.0 out of 5 stars IN WHICH WE ARE INTRODUCED TO THE INCOMPARABLE HAWK..
Reviewed in the United States on February 22, 2021
Verified Purchase
and the oh-so-annoying Susan Silverman. Parker has a habit of mixing in philosophy with the intrigue and it tends to weigh down the narrative. More crime, less Cosmo. Thank God for Hawk, however. He's mysterious, deadly, without the outward appearance of one shred of humanity, and he's awesome! Weirdly, though, he seems to like Ms Silverwoman. Why? That's part of the mystery.
This time Spencer is dealing with an odious Cape Cod couple who, for any other detective, would have been thrown in the Bay by Hawk. No, not Spencer. He takes the case and bangs his way through it, meeting a strange brew of crooks, weirdos, malcontents, and just plain disgusting examples of human debris. Hey, it's a job!
Read more
One person found this helpful
Helpful
Report abuse

RBarber
4.0 out of 5 stars A Fan
Reviewed in the United States on September 10, 2018
Verified Purchase
I'm a big fan of Robert B. Parker's Spenser novels. Nobody does detective - private eye novels better than Parker. I liked the television show "Spenser For Hire", loosely based on the books, but the books are much better. Most of the main characters are a little different than the TV show, except for Hawk. Avery Brooks nailed it. His Hawk is exactly like Hawk in the novels. I've bought the first 15 from The Godwulf Manuscript through Crimson Joy and have been reading them it order. I'm currently on the 13th, Taming A Sea-Horse, Once you start they are hard to put down. What you might call, "A page turner". Very entertaining.
Read more
4 people found this helpful
Helpful
Report abuse

John S
VINE VOICE
4.0 out of 5 stars Good old time read that isn't too dated
Reviewed in the United States on February 8, 2021
Verified Purchase
The Spenser books are classics in the genre and this one doesn't disappoint. Spenser is hired by a man to find his wife who has left him and the children, which he does quickly, then it becomes more complicated. She isn't ready to return because she finds herself lost emotionally and Spenser gives her time and space to figure out things. In the meantime her husband gets in trouble with a loan shark and she gets involved in a bank robbery. Now Spenser has to save them from themselves. A good read even after all these yesrs.
Read more
One person found this helpful
Helpful
Report abuse

BarbieO
5.0 out of 5 stars Parker examines gender roles in marriage & crime
Reviewed in the United States on June 14, 2019
Verified Purchase
Spencer helps a married couple dissatisfied with their lives together find a way out of the mess they've made attempting to live up to and reflect traditional gender roles. An insightful look at feminism and business in early 1970s Boston. A deeper understanding of Spencer, his relationship with Susan Silverman and the introduction of Hawk adds to the depth of this excellent detective story.
Read more
2 people found this helpful
Helpful
Report abuse
See all reviews

Joel Hollowday
5.0 out of 5 stars The arrival of Hawk
Reviewed in the United Kingdom on April 13, 2019
Verified Purchase
I am working my way through the Spenser novels starting from the beginning and having already read them all at least once. I cannot believe how much Spenser drinks before driving and I think the sex in the surf trope is just that. However, it is very interesting reading of the early days of Susan and I think this novel marks what I think is the first mention of Hawk, another known only by one name. Robert B Parker. Still sadly missed.
Read more
Report abuse

april
3.0 out of 5 stars strange
Reviewed in the United Kingdom on November 6, 2016
Verified Purchase
a bit weird...trying to explain spenser and hawk, and their attitudes, behaviour and code of honour...strange ending, abrupt and inconclusive...
well written, well paced (except for the cut-off ending) and good for spenser devotees...i compare hawk and spenser to parsifal and lancelot, and all the nasty gangsters to all the monsters, dragon, magic users and false knights in the old stories...there is a feel of myth/fairytale in the parker oevre, which is fine by me...it is also fun to remember the clothes, the menus and the luxury items of the past...a good read, at a good price...recommended!
Read more
One person found this helpful
Report abuse

Anonymous
5.0 out of 5 stars A must read series.
Reviewed in the United Kingdom on January 8, 2021
Verified Purchase
This is a terrific series of books. Despite some references to the Vietnam war, it doesn’t feel dated. It moves along at just the right pace and each book that I’ve read has maintained the high standard. A good satisfying read.
Read more
Report abuse

Mr. Stephen F. Male
5.0 out of 5 stars A Good Read
Reviewed in the United Kingdom on May 24, 2013
Verified Purchase
This is a good read for all those who like crime thrillers.

It is a great pity that most of Robert B Parker's books are not available on Kindle and those that are are priced so high. I am sure those that own the copyright would gain much more by putting all his stories on Kindle at a reasonable price and so dramatically increase the volume of readers.
Read more
2 people found this helpful
Report abuse

John Brechin
4.0 out of 5 stars A very good read.
Reviewed in the United Kingdom on May 12, 2020
Verified Purchase
Great characterisation and a plot that kept the interest to the very end. You can see that it has influenced authors such as Crais and Connelly
Read more
Report abuse
See all reviews
Back to top
Get to Know Us
Make Money with Us
Amazon Payment Products
Let Us Help You
EnglishChoose a language for shopping. United StatesChoose a country/region for shopping.
© 1996-2021, Amazon.com, Inc. or its affiliates