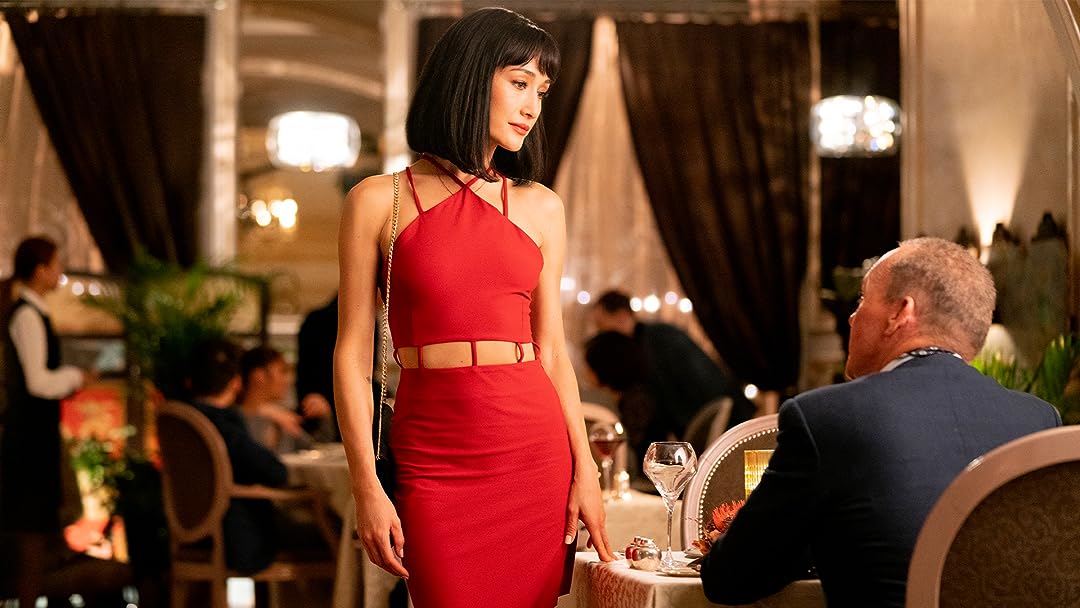 (15,010)
6.11 h 48 min2021X-RayHDRUHDR
Michael Keaton, Maggie Q, and Samuel L. Jackson lead this high-octane action-thriller from the director of Casino Royale about a contract killer out to avenge her mentor's murder.

Robbie W. PriceReviewed in the United States on September 25, 2021
2.0 out of 5 stars
This is pretty bad
Verified purchase
It’s tough when even Samuel L Jackson can’t save a movie. There are many parts of the movie where it would seem they ran out of time to complete edits. Most of the pivotal scenes between the major characters have dialogue that is simply awful. And there is no reality in which Maggie O’s character -having just lost her mentor and under threat of death - would sleep with Michael Keaton (her senior by at least 30 years and also Michael Keaton) in the middle of a fight scene. I watched this so you don’t have to.
221 people found this helpful

HonestreviewReviewed in the United States on February 27, 2022
1.0 out of 5 stars
If this movie averages 5 stars, Amazon Reviews are pointless
Verified purchase
Very terrible movie, nothing new about that. What I find odd is the plethora of 4+ star rated movies that are equally subpar. Perhaps it is time to disregard Amazon reviews all together.

If you want to see a 40 year old 90 lb Asian toss 200+ pound military veterans like paper weights, then this is the movie for you. She of course has to wear skin tight leather, how else would you beat up 10 navy seals wearing Kevlar vests all at once? Skin tight leather and high heels is the only practical option really.

Then there is the classic 7,000 missed rounds firing at her, but she kills one person per shot. Plot? Why bother, today's audience doesn't want a plot. They want to tune out reality and pretend their lives aren't as mundane as their critical thinking skills.

If my review upsets you, then this is the movie for you. If you find it humorous save your time and find something else. Can't say I didn't warn you.

PatrickReviewed in the United States on October 8, 2021
1.0 out of 5 stars
How do I give this movie less than one star?
Verified purchase
There is absolutely no storyline. The dialogue is so incredibly weak that after a while I began rewinding to see if I had missed something. The only thing that was missed, were the writer’s talent.

It’s terribly disjuncted and lacking any character development, these actors walk through a maze of gun and fist fights, but to no end. You have no idea why someone is trying to kill someone else.

While Samual Jackson, Maggie Q, and Michael Keaton are a few of my favorite character actors, shame on you for taking this money grab. Florin Piersic Jr., who I actually know and love his whit and character emersion skills; shows up out of no where to try to kill Maggie Q. Who is he? Where did he come from? What’s his beef? Robert Patrick, with such a long list of great angry character portrayals; you should have just said no.

I got a Capitol One card because of Sam. Gosh, I never should have pulled it out of my wallet for this 1 hour and 48 minute sloth. I’d suggest you stay away.
110 people found this helpful

BuyerReviewed in the United States on September 26, 2021
5.0 out of 5 stars
1st good engaging action movie w/ an actual interesting back story in a long time
Verified purchase
I don't know what these other Siskel and Ebert wannabes are looking for in a movie, but this one grabbed my attention and held it for the duration, got more exciting as it went, had fabulous acting from class people, was perfectly filmed and was not the least bit pretentious, simple or boring.

P JohnsonReviewed in the United States on October 5, 2021
5.0 out of 5 stars
Maggie Q Never Disappoints
Verified purchase
Every minute of this film was well worth it! Maggie Q is very underrated for her roles in Nikita, Naked Weapon, and Designated Survivor. Protege proves to be yet another action thriller that keeps me wondering how this story is going to end. Amazing cast, great to bring back some older faces. Recommend to those who are love these type of movies.
70 people found this helpful

Kenneth CalhounReviewed in the United States on October 20, 2021
5.0 out of 5 stars
Protege - Best movie of the Year
Verified purchase
Maggie Q and Michael Keaton at their best. Add the legendary Samuel Jackson and you've got a winner.

The restaurant scene -- edgy, memorable. Plenty of action. Outstanding movie, the preview doesn't capture just how terrific this movie is. A++

YOMamaReviewed in the United States on February 15, 2022
4.0 out of 5 stars
Nice movie. Maggie Q stars
Verified purchase
Well what can be said about this movie that has not been said previously. One reviewer has said it's garbage, another said it was "life changing", while I wouldn't go that far. It is in my opinion a watchable movie. I mean it's fantasy...orphan taken in by a killer and taught how to be an assassin. Maggie's character shoots and kills who needs it and kicks ass when needed. I liked it. I liked her in her former show Nikitta. In fact, I could call this movie Nikitta 2.0 due to similarities. Both characters are taken in and taught how to kill and both characters end up having to take care of business in order to survive. Again, watch the movie and judge for yourself. If you are looking for Oscar worthy dialogue and drama, this movie is possibly not for you. If you are wanting perhaps a basic good guys vs. bad guys movie, maybe this will fill the ticket. Remember, the reviews for this movie are all over the place, so you will need to judge for yourself.
30 people found this helpful

Nota BeneReviewed in the United States on March 2, 2022
1.0 out of 5 stars
Trope Squared
Verified purchase
Just nothing original at all.

Top it with the modern idiocy of a stick-figured girl throwing around huge males (or managing to hang a guy who probably weighs 2-3 times more than her) is so damn dumb, and I can't even...

You also have all sorts of other idiocies mixed in, like a gang of white and mixed race bikers in Vietnam. Not very believable. I could continue but it just left me drained of any desire to even write about it. Could not finish watching, didn't even want to fast forward to find out the end.
13 people found this helpful
See all reviews
Back to top
Get to Know Us
Make Money with Us
Amazon Payment Products
Let Us Help You
EnglishChoose a language for shopping. United StatesChoose a country/region for shopping.
© 1996-2022, Amazon.com, Inc. or its affiliates