Protected by My Roommate: A curvy girl/age gap romance and millions of other books are available for Amazon Kindle. Learn more 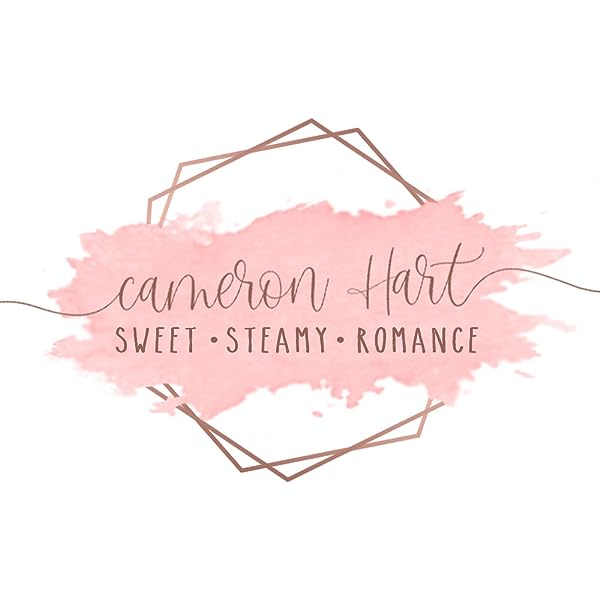 Protected by My Roommate: A curvy girl/age gap romance (Shacked Up Love) Paperback – May 3, 2022

by Cameron Hart (Author)
4.4 out of 5 stars 324 ratings
Part of: Shacked Up Love (14 books)
See all formats and editions
Sorry, there was a problem loading this page. Try again.

He’s been alone in his lighthouse for years, and he likes it that way.

Alister: I’ve spent a decade on this jagged rock of an island, tending to the lighthouse. It’s a thankless job, but at least I’m alone in my tower, overlooking the unforgiving seas.

The harsh wind and unrelenting storms suit me just fine. They drown out the memories of the past, giving me something to listen to other than my intrusive thoughts and regrets.

And then she washes up on shore during the storm of the century, bringing my life of solitude to an abrupt halt.

She’s lost, scared, and in need of protection.

Delaney: They threw me overboard. In the middle of a storm. I knew I shouldn’t have spied on my brothers while they were conducting business, but I heard my name, and had to find out more.

Now I’m stuck on this island with the grumpiest, broodiest, sexiest man I’ve ever encountered. He says we can be roommates until we can get in contact with someone to come rescue me.

The thing is, Alister already has. Every day I spend with him, I see more of his heart he keeps locked up tight. Can our stolen moments and heated touches turn into something more before my brothers catch up with me and shut me up for good?

** Unpack your bags and get ready to fall in love with these alpha men as they find their happily ever after.
This Summer some of your favorite authors have come together to bring you a new series all about falling in love with your roommate. As the temperatures rise outside, things are getting even steamier in the close quarters of their apartments! **

Page 1 of 1 Start overPage 1 of 1
Previous page
Next page
Start reading Protected by My Roommate on your Kindle in under a minute.

Cameron Hart is a USA Today bestselling author of contemporary romance. She writes books with lots of heat, plenty of sweet, and just enough drama to keep things interesting.

Cameron graduated from the Iowa Writers Workshop in 2012 with a degree in creative writing. When she's not working on her next book, Cameron can be found reading, crocheting, doing yoga, and chasing around her grumpy cat.

Kerryb83
5.0 out of 5 stars Guiding Light
Reviewed in the United States on May 4, 2022
Verified Purchase
I received the book in advance for a voluntary honest review. Delaney's brothers have blamed her for their mother's death since her birth. Sneaking out to work in a diner and earn money to escape them. She sneaks back home only to be caught by her brothers and sold to the Romano family, only they don't want her because she is not a size 0. Instructed to get rid of her since she is a witness, they take her out on a boat, but she is able to escape overboard. Washing up on a remote island, she wakes up to meet Allister, a broken man who has isolated himself in the lighthouse. Unable to deny his feelings towards his washed up roommate, Allister and Delaney start a relationship that is beyond just the physical. This is a love story between an innocent girl dealt the worst hand when it comes to family and an alpha male broken from his time in the military. Together they are a beautiful couple with eternal love in their future.
Read more
Helpful
Report abuse

Lilu
5.0 out of 5 stars Healing ~
Reviewed in the United States on May 15, 2022
Verified Purchase
I loved this story. There was so much hurt from their past they carried around. They were cautious at first, but they slowly fell for each other. I liked that they told each other of their past and the pain that it brings. In doing so, they helped heal each other with their love. I liked that he wanted to leave there, with her, and start over somewhere new together. I loved that he paid her brother a visit! Loved their epilogue.
Read more
Helpful
Report abuse

lori walsh
5.0 out of 5 stars Great read
Reviewed in the United States on May 7, 2022
Verified Purchase
I really enjoyed reading about these two they had a special kind of love going on two damaged souls because of life and circumstances. I'm so glad her brothers all got what they deserved and one of them by the Hero. They each brought life back into each other. A sweet happy ending.
Read more
Helpful
Report abuse

Kristine Kalinina
5.0 out of 5 stars Great
Reviewed in the United States on May 12, 2022
Verified Purchase
A very rewarding story - so many aspects of different genres - there is danger, almost death, drama, lot of emotional pain, but it is beautifully woven together with a great romance and hotness. Liked this book very much!
Read more
Helpful
Report abuse

Kathy S Malin
5.0 out of 5 stars sweet
Reviewed in the United States on May 12, 2022
Verified Purchase
This was a sweet story. This couple was so sizzling hot. Delaney and Alister tugged at your heart strings. It was an interesting story and I loved the instant attraction.
Read more
Helpful
Report abuse

Ashley Bryan
5.0 out of 5 stars Gentle Giants for the Win!
Reviewed in the United States on May 4, 2022
Verified Purchase
This was such an amazing story! From start to finish the only thing predictable was the HEA. Cameron has made my week with this read and i can't wait for the next book!
Read more
Helpful
Report abuse

Baylee Bible
5.0 out of 5 stars Another 5 Star From Cameron Hart
Reviewed in the United States on May 4, 2022
Verified Purchase
Cameron Hart is best insta-love writer!! She has done it again with this lovely story. Alister and Delaney are the perfect couple!!
Read more
Helpful
Report abuse

Kindle Customer
4.0 out of 5 stars Protected by My Roommate...
Reviewed in the United States on May 11, 2022
Verified Purchase
Shacked Up Love series. Alistair and Delaney. Delaney has some really bad family members that treat her messed up. Alistair has been living on an island by himself since getting hurt in the service. She washes up on his shore and he saves her. They both have some sort of PTSD related to past trauma. As they fall for each other they must confront the past and stand together for the future. A really short but good read filled with drama angst and smexiness.
Read more
Helpful
Report abuse
See all reviews