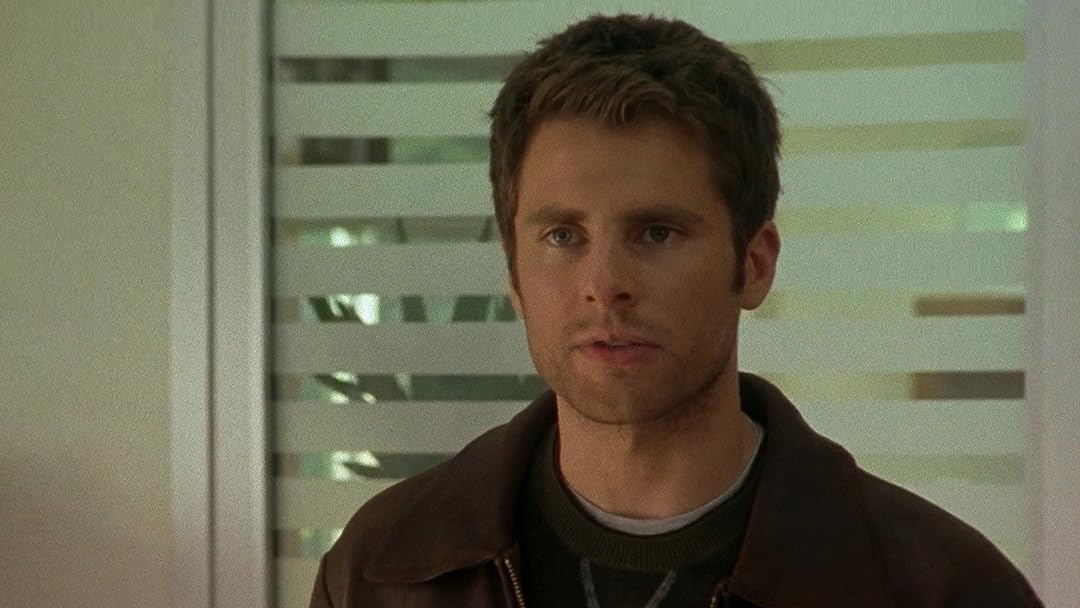 (1,020)
8.42007X-RayTV-PG
James Roday plays the somewhat eccentric Shawn Spencer, a police consultant who solves crimes with powers of observation so acute that the police think he's psychic - or so he lets them think.

Margaret ThomasReviewed in the United States on September 13, 2018
5.0 out of 5 stars
Since there's no show as good as this now, we just watch this over and over
Verified purchase
We have Psych memorized. Dialogue, mannerisms, everything. I guess you could say we REALLY like it.
Our bunny rabbits are named "Shawn" and "Gus". The black one is Shawn, the tan one is Gus, of course.
I love the eighties references, it gives me a chance to dig up old movies for the kids to watch, so they'll "get" the inside jokes.
This was a great show. I wish it had never had to end!

NelibelleReviewed in the United States on July 15, 2017
5.0 out of 5 stars
Miss the cast
Verified purchase
The writing on this series is soooo clever. I especially enjoy the 80's references, and the pineapple searches (one hidden in every episode).
And the banter between the characters.
The show was cast perfectly.
When Netflix stop carrying it, had to purchase the series here on Amazon. The quality is good on SD, but will pirchase HD with other series.

GracieReviewed in the United States on January 5, 2018
5.0 out of 5 stars
LOVE IT!!!
Verified purchase
I love this show so much! I was so happy when I saw it was part of the prime membership! I watch it with the whole family! It's one show we can always agree on :)
36 people found this helpful

Amazon CustomerReviewed in the United States on January 16, 2018
5.0 out of 5 stars
Best Darn Series Ever!
Verified purchase
This is the best darn series EVER! It’s the perfect mix of comedy and story. Dule Hill and James Roday play off of one another in perfect harmony and laughing out loud hysterics. The wit in this show is mind blowing.
27 people found this helpful

Keith WilliamsReviewed in the United States on December 16, 2017
5.0 out of 5 stars
The entire thing. From beginning to end. Is the best part.
Verified purchase
Simply one of the best comedy shows I've ever seen. An absolute joy to watch.
23 people found this helpful

Wind StarReviewed in the United States on March 6, 2016
4.0 out of 5 stars
Psych Series
Verified purchase
Fun, quirky series with a wide variety of characters that provide some interesting plots for super sleuthing. Well acted. Not the average detective series. Scripted for Santa Barbara, California but filmed in Canada. (Both beautiful places). Each person in my family has their favorite episode(s). Love the theme song. Some plots were more serious than others. Psych ran for eight seasons. The final episode was exceptionally well done.
26 people found this helpful

JoyReviewed in the United States on June 18, 2015
5.0 out of 5 stars
Love, love LOVE Psych
Verified purchase
Love, love LOVE Psych.. am SO sad the show was discontinued.. James Roday and Dulé Hill have better chemistry than any other set of actors I have ever seen. I would never believe it if someone told me they weren't friends from childhood in real life. :) Anyway, about the actual DVD set, it is very nice packaging and very inexpensive. The only complaint? The seasons were too short.. They should have had at least 30 episodes per season.. ;) I love this show..
17 people found this helpful

Amazon CustomerReviewed in the United States on October 19, 2008
4.0 out of 5 stars
Surprisingly fun entertaining mystery series
Verified purchase
I admit that I stumbled across this series completely by accident. The West Wing is one of my favourite series of all time. When I heard that Dule Hill was starring in Psych, I assumed it was a deadly serious psychological drama. I mean, that is the kind of thing brilliantly talented actors like Dule Hill act in, right?

Whereas other crime dramas are going the serious and dark route, Psych does a complete and total 180-degree turn and goes for the laughs instead. The series takes its time building up both its characters and the situation, but once it gets going it is addictively funny viewing.

James Roday is a charismatic lead actor. There's a little Jim Carrey-ishness in his Psychic slapstick, but he has his own innate charm that allows him to pull off some outrageous stuff. And Dule Hill, as always, does great work as the straight-man - never an easy role to play when your co-star is stealing the limelight. Fortunately, Dule deftly holds his own.

I was delightfully surprised, in these grimly serious times, to see that series as lighthearted and entertaining as this are still being produced. It's a beacon of light in a bleak television landscape.
23 people found this helpful
See all reviews
Back to top
Get to Know Us
Make Money with Us
Amazon Payment Products
Let Us Help You
EnglishChoose a language for shopping. United StatesChoose a country/region for shopping.
© 1996-2022, Amazon.com, Inc. or its affiliates