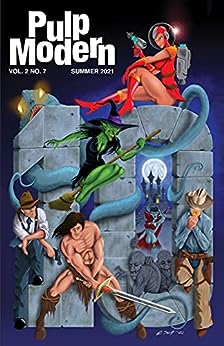 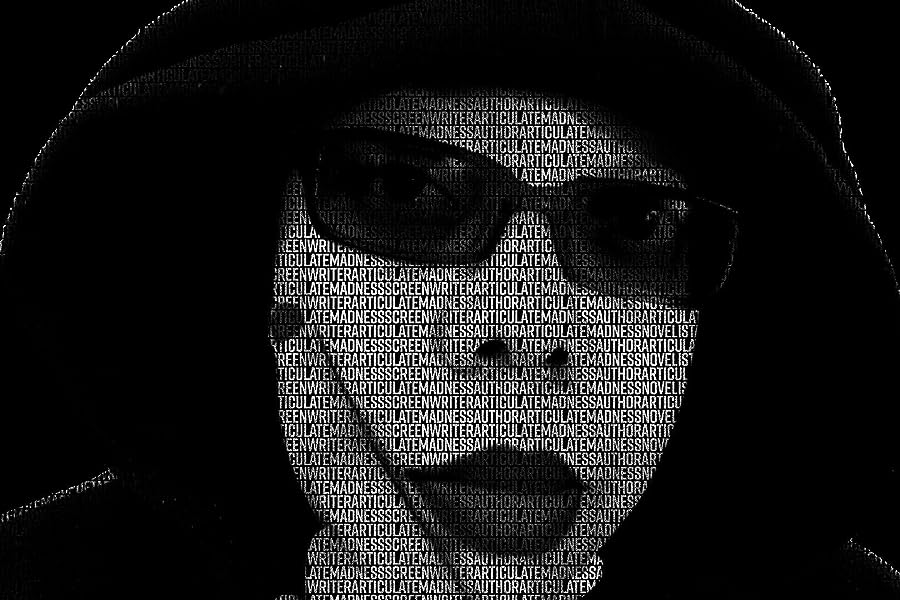 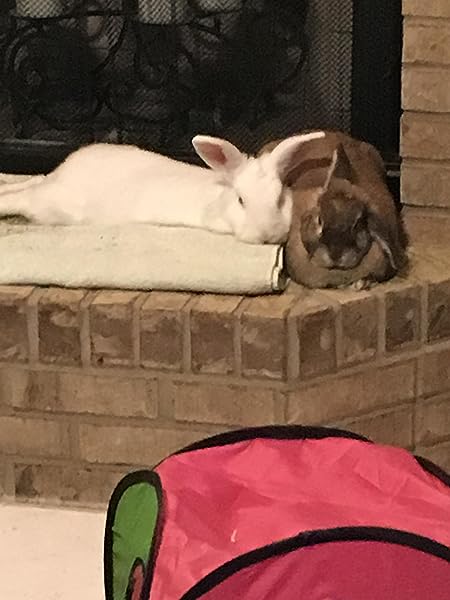 The celebration begins with an ace piece of crime fiction by Karen Harrington. We get samples of the greatness of indie writers such as Anthony Neil Smith, Andrew Miller, and Stephen J. Golds. Nathan Pettigrew provides an odd slice of life between a father and son whose concerns about breaking the law don't get in the way of their more domestic and material endeavors. We get a nice slice of fantasy and horror from C.J. Dotson and Sarah Cannavo. Chicago's unofficial poet laureate, Tia Ja'nae, shows us just why she's the most important crime fiction writer today. Finally, Edward A. Grainger (aka David Cranmer) brings his classic western marshal, Cash Laramie, back for another adventure. Fitting, considering Cash Laramie made an appearance in the very first issue of Pulp Modern, way back in 2011, when the world still made just a little bit of sense...

Richard Krauss returns as art director. Ran Scott provides illustrations. And editor Alec Cizak sits back and lets all these talented writers and artists do their thing.

Read more
Previous page
Next page
Due to its large file size, this book may take longer to download
Fire Tablets
Free Kindle Reading Apps
Available on these devices

Scotch Rutherford
5.0 out of 5 stars Oh Lenny Train, where are you now? When everything’s gone wrong somehow?
Reviewed in the United States on September 26, 2021
Verified Purchase
Pulp Modern returns for a seventh issue. BTW, I predicted this modern marvel in my review of PM6. Cancel Culture indeed, Lenny. I guess Pulp Modern wasn’t canceled after all.

This is the ten-year anniversary issue of Pulp Modern. PM has been around for a long time. Since its rise, many indie fiction journals have lived and died off. And although there are several indie fiction journals on the market now, Pulp Modern has no rivals. It has better production value than Ellery Queen and is open to both politically upstanding authors with corporate media values,as well as those brave few rogue authors daring to write risky prose. It’s an equal opportunity writer’s marketplace. One of very few. There are four women in this issue: C.J.Dotson, Sarah Cannavo, Karen Harrington and the indomitable (literally—
the white boys club hijacking activism from women and POC to sling at editor Alec Cizak, on CF Twitter aren’t allowed to raise a tweet on account of her being a strong black woman!) Tia Ja’nae, are
featured in this issue. I guess they weren’t deterred by the “misogyny” rumor floating around Issue 6.

This issue is filled with atmosphere, and white hats worthy of old-timey pulp. Stephen J. Golds, Sarrah Cannavo, and C.J. Dotson’s stories did this exceedingly well. Vivid scenes, and rich characters with depth and fluidity like brush strokes in oil. And there’s a great deal of memoir in this issue, too. Edward A. Grainger’s (big daddy Beat to a Pulp) “Ravaging Jackals”, about his popular protagonist Marshal Cash Laramie, “Work Life Balance” (Nathan Pettigrew), and “Billboard Bound” (Tia Ja’nae) read like pages from a diary.

Cover Art. Ran Scott outdid himself on this one. And so did Richard Krauss—the man behind “The Digest Enthusiast”, responsible for the over all art direction of PM. This is the other reason why Pulp Modern is that diamond in the rough: it’s got style. And all of that—the fantastic fiction, and the look are all helmed by Alec Cizak, one of the last holdouts in this indie fiction world of company men.

Standouts for me in this landmark issue are as follows:

“The Surfing Green Beret” by Andrew Miller. This is a great story with rich detail, and rising action, featuring a white hat with a dark past. It’s one I think Edward Grainger (David Cranmer) would appreciate. Miller’s story makes its bones with rich character, great pacing, and cinematic action. It’s shortfall—something even Jack Carr could overlook, would be its lead characters’ omission of field colloquialisms/acronyms/slang that spec war peeps often use. An omission Miller likely chose for clarity for the reader. Like Grainger’s Marshall Cash, Miller’s Ron Bernales, is a character fit for a series.

“End of the Line” by Sarah Cannavo. This is a story that paints everything in lustrous detail for the reader. You see it all through Cannavo’s lens. And along with vivid detail, it constantly stimulates the reader with building suspense. It’s Achilles heel: (like Stephen Gold’s “Small Rubber Duck”) Its climax isn’t nearly as potent as the suspense that leads up to it. That said, that detail may just be a hallmark of good storytelling.

“Billboard Bound” by Tia Ja’nae. The best part about this down and dirty—and I do mean dirty, (woman + POC or not, this story is one no other editor/journal working today would touch, and that’s a shame) is that it doesn’t hold back when it comes to torture. Ja’nae keeps it real when it comes to what happens when you get caught up by ruthless bad guys. No cartoonish yelling and back hands to the face. Real bad guys don’t waste their time on the Mickey Mouse Hollywood stuff. They go right for the high limit slots. Typically, stories with a lot of memoir prose and little dialogue aren’t my thing, but this story swings. Ja’nae has her own Southside Chicago style of modern hepcat prose a la James Ellroy, and it’s got a flow like Rakim’s in “Know the Ledge”.

Don’t worry Lenny—Mr. Intolerance. I haven’t forgotten about you.
Since when did “calling out” low status (barely relevant) creatives for “inappropriate morals” become liberal? I think I’ll continue to call it illiberal. I know: If you’re not with us, you’re a Republican, right Lenny? (everything YOU don’t agree with is conveniently right-wing. Funny how a lot of right-wing people seem to have a similar dogmatic philosophy) How about you just throw in the towel, and admit you’ve got control issues. I think I understand your ideology: We run this community—you need our say-so... We’ll make sure you don’t get nominated for an Anthony, or an Edgar... Don’t you dare set foot on Twitter, or we’ll…Yeah, yeah, yeah. Lenny, let’s just suppose everyone wants to be inducted into the NY5, so they need to write a commercial Rizzoli & Isles thriller with network TV ideals, no sex, and the kind of morals and structure (Law & Order) no one ever gets sick of. (clichés are fine, just don’t rock the boat) Okay, do they really need an Anthony/Edgar nomination to do it? No. Do they need YOUR approval? (because you’re going to pick up the phone and have them blacklisted? Hahahaha. Sure, Lenny) Your scare tactics mean nothing. People don’t need your community. And they don’t need your approval. They can write crime fiction without it. I’ll give you some advice, though…It’ll cost you a dollar (the extra dollar you’ll pay this time, via kindle to leave your nasty little review): Get some punctuation. Your last review didn’t have any. You’re angry. I get it. But writing is re-writing. Next time you write a nasty review, set it aside, and come back to it later (maybe after a long jog 😊). Then add in all the punctuation needed. Or better yet—don’t leave one at all, and instead, pay attention to the media you support. (what a concept)

Oh, and one last thing, Lenny…(pay attention) EITHER SOMETHING IS DESPISED OR IT’S IRRELEVANT. It can’t be both. So pick one. We know which one you are.
P.S. l’d like to thank you and your five supporters for proving how relevant my reviews are.

Genevieve
5.0 out of 5 stars Impressed with this Issue
Reviewed in the United States on November 11, 2021
Verified Purchase
I was impressed with this issue - so impressed, in fact, I sent a copy to my aunt, Mary, a writer in the legal field and an avid reader. I was particularly impressed with “The Surfing Green Beret” by Andrew Miller. Within hours of Aunt Mary receiving her copy, I received this review of Miller’s story:

“Ok here's my review
Very easy reading
Somewhat reminiscent of Michael Connelly, maybe Lawrence Block, maybe a touch of Elmore Leonard.
I like [the] crispness, no excess verbiage.
I like a story told simply.
We've got the good guys John Wayne and Gary Cooper beating the bad guys - but only one battle in a long war.
And the ending is superb. Why indeed is peace so hard to obtain?
The older I get, the more I wonder.
So while sort of pulpy and fun, also on a deeper level quite thought-provoking.
I'm very impressed.
Fine work.“