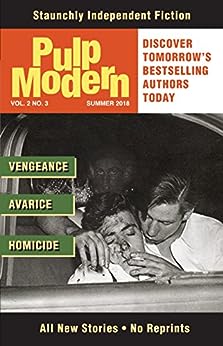 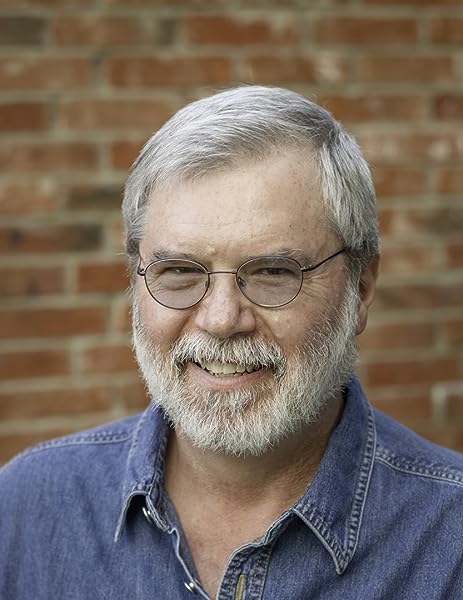 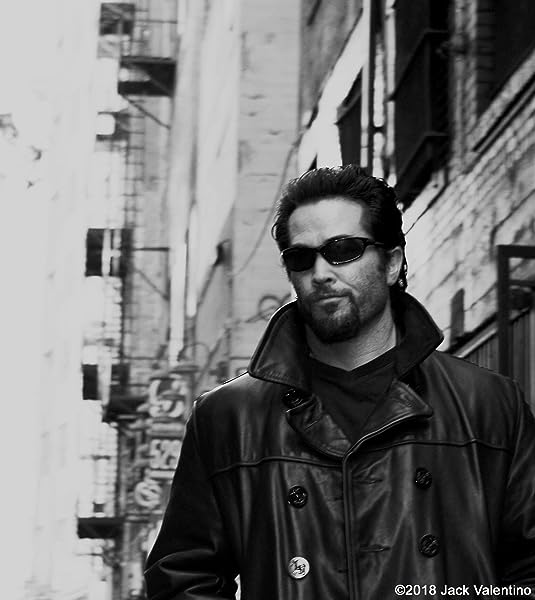 Editor ALEC CIZAK is a writer and filmmaker. His short fiction has appeared in several journals and anthologies, including Beat to a Pulp, Thuglit, and Deadlines. His most recent novel, BREAKING GLASS, is currently available from ABC Group Documentation. *** Art Director RICHARD KRAUSS was diagnosed with struggling artist's syndrome in 1968. He followed the advice of a work-for-hire career councilor and peter principled through a string of ventures in art, design and production, culminating in a career creating unequivocal marketing constructs. Despite success in corporational marketing for over twenty years, fictive dreams kept inciting digressions. Thus, stories sprung, inspired by true crime reports, places like Painesville, Ohio and fortean truths and rumors. --This text refers to the paperback edition.

4.2 out of 5 stars
4.2 out of 5
10 global ratings
How are ratings calculated?
To calculate the overall star rating and percentage breakdown by star, we don’t use a simple average. Instead, our system considers things like how recent a review is and if the reviewer bought the item on Amazon. It also analyzes reviews to verify trustworthiness.
Top reviews

Matthew X. Gomez
5.0 out of 5 stars Short fiction with an edge
Reviewed in the United States on July 19, 2018
Verified Purchase
There's precious little light in this mag, the stories falling heavy on the noir and crime, with a few speculative fiction pieces thrown in (that also lean heavy on the dark). On the level, the writing is sharp and the editing professional, easily making PULP MODERN a go-to for short fiction with an edge.

“The Great Unknown” by Doug Lane. A small-time goon gets a chance to work off a debt to a mob boss, he just needs to steal a sideshow attraction. But double-crosses come easy when there’s no honor among thieves, and sometimes you need to take out a bit of extra insurance to get away clean.

“Revenge of the Dead Coat-Check Girl” by Thomas Dade. A short piece heavy on the noir, of judgment (if not justice) delivered albeit late. It reads like ‘30s hardboiled noir too, which is part of the appeal of it, and (almost) none of the characters comes across well.

“Good Girls Don’t” by Michael Bracken. A tale of a suburban crime spree and the interplay of sex and violence, of forbidden lust and temptation and of wanting to be noticed and the price that comes with.

“A/S/L?” by Stephen D. Rogers. A police officer hunting sex traffickers and pedophiles on the net stumbles across something even more disturbing.

“Elizabeth Beatrice Moore” by John Kojack. Two women in Hollywood meet up and fall in love or lust, or maybe a mixture of both. But when one of them leaves, the other refuses to let it go, the sting of betrayal and of wanting to know why driving her on.

“Roadsong” by Cynthia Ward. A moody spec fic piece of a lonely trucker who prefers to song of the road to the thoughts of people around him. But a stopover at a Maine diner changes all that when he has to decide whether to intervene when he knows other people are in danger.

“Going Dark” by Scotch Rutherford. A dark, cyberpunk tale of swapped identities and contingency plans, this is a story that I enjoyed… but feel like it would have worked better as a novella at the least given the amount of detail and worldbuilding going on. More corporate thriller than noir, but definitely a good read.

“Sand in a Jar” by J.A. Prentice. A strange mélange of Egyptian setting with faerie elements, of cycles of revenge and bargains that don’t work out the way you plan.

“The Killing at Queen’s Tooth” by Chris McGinley. A woman living on the outskirts of town by herself. A drifter with a distinct lack of a moral compass. You don’t get old on the frontier without knowing how to survive though, and you know there’s going to be blood come the end.
Read more
7 people found this helpful
Helpful
Report abuse

RJPetyo
5.0 out of 5 stars A Good Read
Reviewed in the United States on July 28, 2018
Verified Purchase
Pulp Modern is a collection of short fiction as it is meant to be. Fast moving, intense, action packed, and fun. The stories here run the gamut from hardcore noir to ancient Egypt to the old west to SF/fantasy.

This collection starts with a bang with “The Great Unknown” by Doug Lane in which a small-time hood has to pay off a debt. Unfortunately, it involves a circus side show and a freak with razors for fingers! Fun stuff.

And it finishes in the American West with “The Killing at Queen’s Tooth,” by Chris McGinley, which opens with an unsavory character playing cards in a saloon who is intrigued by an older woman who lives what nowadays would be called “off the grid.” He tracks her down, and it isn’t pretty.

In between, I’d have to say my favorite was “Roadsong” by Cynthia Ward, a touch of SF/fantasy about a truck driver who senses other people’s thoughts. That makes for a hectic road trip.

But the mark of good pulp?Nothing to slow you down. Every one of them was a good read.
Read more
3 people found this helpful
Helpful
Report abuse

T. J. Barlow
5.0 out of 5 stars Noir in a variety of guises
Reviewed in the United States on July 23, 2018
Verified Purchase
Tired of collections that are homogeneous and cliched? You won't have that problem with this issue of Pulp Modern. The stories range from the most spare crime noir to a dark fantasy and science fiction that lives in the same fictional world as some of the market's best video games. I was especially taken with Doug Lane's The Great Unknown, a story that I had to read peeking through the fingers clasped over my eyes, and Chris McGinley's tale The Killing at Queen's Tooth, a western that had nothing to do with noble heroes but did provide satisfying, wicked justice.
Read more
3 people found this helpful
Helpful
Report abuse

EF Sweetman
5.0 out of 5 stars Pulp Modern does it again.
Reviewed in the United States on August 1, 2018
Verified Purchase
These stories are the best by the best. A deep, dark drive into noir, crime, fantasy. Don't worry if you question your morals because you like them a little too much, enjoy the ride.
Read more
3 people found this helpful
Helpful
Report abuse

Gabriel Hart
5.0 out of 5 stars Unforgettable
Reviewed in the United States on January 8, 2020
Verified Purchase
From my scope, Pulp Modern is one the most consistently original and exciting fiction journals out there. There is something special about this particular issue - I was immediately kidnapped by the perfectly executed vintage cover - something a juvenile delinquent would steal from a corner store and pine over with his hoodlum friends like taboo contraband. The writing is smart, informed and dangerous; often challenging to our perceived notions of genres. For such disparate styles, there is an unmistakable "mood" they all throw down, united in the binding. For me, the real home run in this issue was Cynthia Ward's "Roadsong," a bloodshot tale of a clairvoyant trucker, infidelity and the unspoken.
Read more
One person found this helpful
Helpful
Report abuse

Gary L. Carter
5.0 out of 5 stars Pulp Modern is Noir At it’s Finest
Reviewed in the United States on May 30, 2019
Pulp Modern has all the ingredients that into successful noir fast paced plotting, crime, violence, deft plots and brilliant characterization. Here is a chance to read some of the rising stars of noir before the assume their much deserved stature.
Read more
2 people found this helpful
Helpful
Report abuse
See all reviews