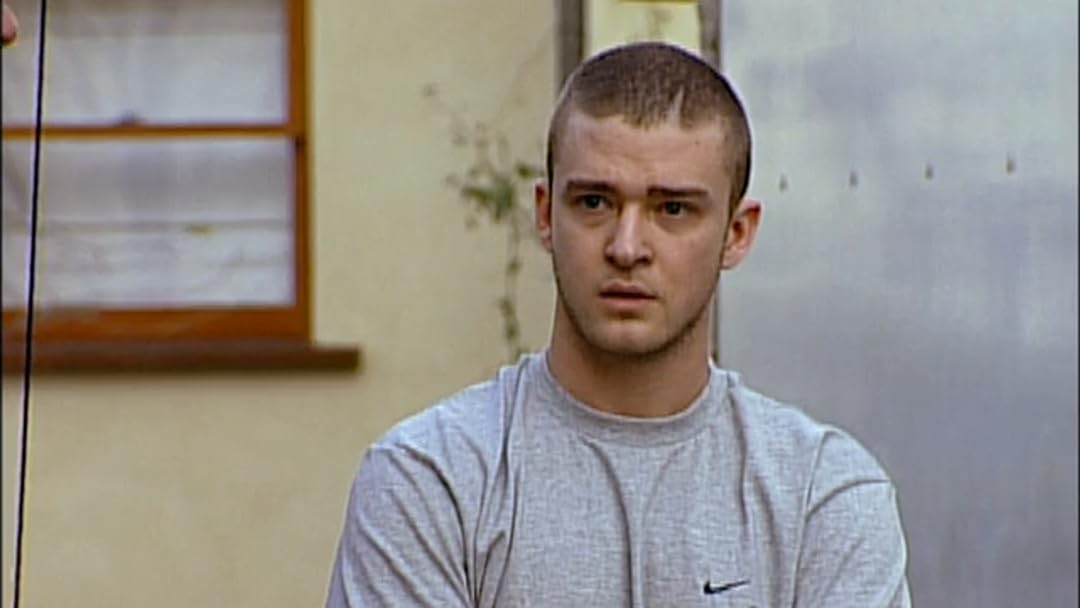 (177)5.92003TV-PG
Celebrity or working stiff, well-known or unknown, Ashton and the Punk'd crew see people for what they really are: vulnerable, gullible human beings.

D. WilliamsReviewed in the United States on September 5, 2020
1.0 out of 5 stars
So this isn't related to the show exactly, we loved Punk'd
Verified purchase
I'm PAYING to buy a season of the show, can someone explain to me why I'm getting commercials for other MTV shows? It's like if I recorded it on DVR and rewatching it and need to fast forward through the commercials! Plus, why the heck are some of the episodes "bleeped" out and some aren't?! There isn't even consistency on an episode!
One punk will have the F bomb bleeped out and s*** but the next punk is just full on swearing! (Watching it with my kids)
One person found this helpful

Amy LynnReviewed in the United States on March 12, 2006
4.0 out of 5 stars
Punk'd Review
Verified purchase
Very funny show- The set contains 2 disks,
Overview of the Episodes-
Disc 1
Episode 101-
My assistant- In this episode Frankie Muniz ''Malcolm in the Middle'' is led to believe his car is stolen by the valet. He freaks out and starts negotiating with the perp to bring the 200,000 dollar car back.
Repossessed- Justin Timberlake is duped into thinking his home has been repossessed for back taxes. Hes on the brink of tears by the time Ashton comes to reveal its just a gag.
VH1 big in 2002 awards- Kid Ryan Pinkerston asks rude questions to celebrities on the red carpet. This episode has Kid Rock, Pamela Anderson, Ray Liotta, Christina Aguilera and many more. Includes deleted scenes with appearances by Creed, Rob Lowe, Jessica Alba and more.

Episode 102- Shopping Spree- Eliza Dushku thinks she is being framed for shoplifting.
Crib Crashers- Mandy Moore is misled when she believes that she caused a persons home to be destroyed.
He got game- A guy believes he is going up against Oscar De La Hoya in the boxing ring.

Episode 104- Diesal Red Carpet- Ryan Pinkston asks rude questions to celebrities on the red carpet.
Wag the Dog- Kelly Osbourne is given advice on how to improve her image. Also featuring Sharon Osbourne and Justin Timeberlake.
Locksmith Larceny- Three locksmiths are conned into thinking that they are being framed for burglary when they unlock a store.

Episode 105- Metal detector part 1- Celebrities are treated rudely by MTV security.
Craps game- Seth Green is set up for blame when their craps game is raided by the authorities.
Tattoo you-a guy is tormented when the tattoo artist hits on his girlfriend.

Disc 2
Episode 106-
Watch my kid- Charges are threatened on unsuspecting Jessica Biel when she agrees to watch a fans kid.
RV park- Jessica Simpsons long lost relatives show up on her doorstep asking for money. Featuring Nick Lachey, Jessica Simpson, Ryan Pinkston and Ashton Kutcher.
No keys for you- two customers are treated badly by valets when they come to pick up their cars.

Episode 107-
Metal Detector part 2- Jason wee man Acuna from Jackass and Jack Osbourne are given a hard time by MTV security.
Pinching Pink- Pink thinks she is being framed by her boyfriend Carey Hart.
Drinking Games-Stephen Dorff from Blade is set up to get stuck with an 8,000 bar tab. Also feat Jessica Biel.

Episode 108-
Hit and Run- Rosario Dawson is taken for a ride when she is duped into thinking her limo hit a pedestrian.
Britney Spears- Spears and Ashton turn the tables on the Punk'd crew.
NFL Challenge- The Punk'd Crew is rude to NFL players during a golf tournament. Feat Jermaine Bettis, Jeff Garcia, Rod Smith, Dax Shephard and Jason Goldberg.

Daniel FazekasReviewed in the United States on September 8, 2005
4.0 out of 5 stars
The start of the show on an above-average DVD
Verified purchase
The first season is always special in a television show's life, especially when they manage to live on for subsequent seasons. Punk'd is now past its 5th season at the time I'm writing this, and the show didn't completely master its present-day formula until its second season.

As such, this season is clearly more experimental and less refined than it has become later on. The most noticeable difference is of course that roughly once per episode, they're pulling pranks on random everyday people, rather than celebrities.

That's not to say this season isn't worth owning; in fact, some would argue Punk'd didn't get any better than this. I don't agree with the latter and don't hold Season 1 too high among my favorites, although there are some fun pranks to be found here, such as the one with Jessica Alba.

Matching the first season's experimental nature, the DVD itself is also less refined than that of Season 2. The most annoying omission is that the feature to watch all bonus deleted segments without having to sit through the original episodes is not yet available here. The presentation is all right otherwise; video quality is nice other than the deleted scenes - an unfortunate trait shared with the Season 2 DVD - and some minor glitches in the second episode's segment with Mandy Moore.
3 people found this helpful

K. NoeReviewed in the United States on August 3, 2019
5.0 out of 5 stars
Classic season
Verified purchase
Watching this was like a stroll down memory lane!! 😂

MikeReviewed in the United States on July 25, 2017
5.0 out of 5 stars
Funny as hell
Verified purchase
This was one of my favorite shows on tv. I had to have it!
One person found this helpful

StraightSugaReviewed in the United States on May 10, 2013
3.0 out of 5 stars
Funny, but could be better
Verified purchase
I bought this show because me and my family love to laugh, but I did not find the episodes on this season as funny as I thought they'd be. He punks Justin Timberlake, Jessica Beil, and other celebrities, but some of the punks could've been longer and better, and others (like the kid interviewing celebrities on the red carpet) are just not up to par.

Lindy JorgensonReviewed in the United States on August 24, 2018
5.0 out of 5 stars
Funny
Verified purchase
Funny show.

Anonymous Reviewed in the United States on March 9, 2019
5.0 out of 5 stars
Quality
Verified purchase
Great DVD’s
See all reviews
Back to top
Get to Know Us
Make Money with Us
Amazon Payment Products
Let Us Help You
EnglishChoose a language for shopping. United StatesChoose a country/region for shopping.
© 1996-2021, Amazon.com, Inc. or its affiliates