You've subscribed to Forever Home! We will preorder your items within 24 hours of when they become available. When new books are released, we'll charge your default payment method for the lowest price available during the pre-order period.
Update your device or payment method, cancel individual pre-orders or your subscription at
Your Memberships & Subscriptions
There was an error. We were unable to process your subscription due to an error. Please refresh and try again. 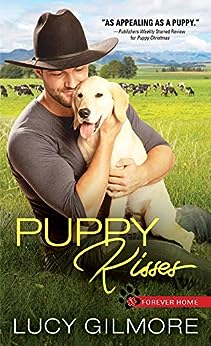 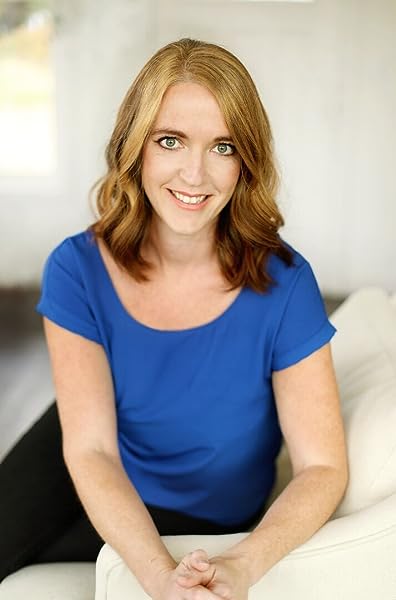 Audible Holiday Deal
Save 46% on your first 4 months. Get this deal
Books In This Series (3 Books)
Complete Series
Forever Home
Kindle Edition
Page 1 of 1Start OverPage 1 of 1
Previous page
Next page

Lucy Gilmore is a contemporary romance author who loves puppies, rainbows, and happily-ever-afters. She began her reading and writing career as an English literature major and fell madly in love with all types of romance. When she's not writing, she enjoys hanging out with her two Akitas, hiking, biking, or reading. For more information, visit lucygilmore.com.

Lauren Sweet is an experienced narrator and actress who loves falling in love. She has narrated over one hundred audiobooks for multiple USA Today and New York Times bestselling authors. When not narrating, she enjoys writing, traveling, and chocolate. Originally from New York, she currently resides in Los Angeles, California. --This text refers to the audioCD edition.

"An unputdownable tale." - Publishers Weekly --This text refers to the mass_market edition.

Lucy Gilmore is a contemporary romance author with a love of puppies, rainbows, and happily ever afters. She began her reading (and writing) career as an English literature major and ended as a die-hard fan of romance in all forms. When she's not rolling around with her two Akitas, she can be found hiking, biking, or with her nose buried in a book. She also writes under the penname Tamara Morgan.

4.5 out of 5 stars
4.5 out of 5
114 global ratings
How are ratings calculated?
To calculate the overall star rating and percentage breakdown by star, we don’t use a simple average. Instead, our system considers things like how recent a review is and if the reviewer bought the item on Amazon. It also analyzes reviews to verify trustworthiness.
Top reviews

Rgrainer
4.0 out of 5 stars Great romance with super dogs and appealing characters
Reviewed in the United States on July 15, 2020
Verified Purchase
This is book 3, and I think the final book in this series. Dawn's sisters have both found their happy endings, and Dawn is left to go her impetuous way, stealing a purebred puppy who is being badly mistreated with her friend Zeke's help. When his brother Adam meets this puppy, he is intrigued. Dawn and Adam are such different people, but they both love this puppy. See how they finally work things out.

This story has a leisurely pace, an uncertain yet hopeful tone and a character oriented storyline with some steamy scenes but not a ton of details. The characters are vibrant and engaging. If you like your contemporary romances to have cute dogs, a working ranch and complex characters then this is for you. Enjoy!
Read more
2 people found this helpful
Helpful
Report abuse

Nathan Pulliam
5.0 out of 5 stars Great
Reviewed in the United States on June 19, 2021
Verified Purchase
Love Adam and Dawn together. Adam is such a kind man under his all business , alpha male persona. Not sure why Asks and Phoebe are so scared of him since he willing covers for them. Dawn is a hoot with her escapades. Gonna miss all these characters so much:/
Read more
Helpful
Report abuse

Linda R. Papp
5.0 out of 5 stars what a good book. can't wait for the next one
Reviewed in the United States on September 3, 2020
Verified Purchase
love that series
Read more
Helpful
Report abuse

GJ Brower
5.0 out of 5 stars Doesn’t Diappoint
Reviewed in the United States on August 19, 2020
Verified Purchase
If you liked the others in this series, you’ll love this one!
Read more
Helpful
Report abuse

Stormi @ BMReviewsohmy
4.0 out of 5 stars Lots of fun!
Reviewed in the United States on March 16, 2021
I have really enjoyed this series (or maybe trilogy since it was about three sisters) and this latest one was no exception! It was a lot of fun.

Dawn is the carefree middle child and she has taken on that role very well. Her older sister is very straight-laced and her younger sister was sick a lot as a child and always babied. So Dawn sort of fell into the middle and lives with carefree abandonment and never sticks with one man for long. She has done this for so long that its what everyone expects of her especially her sisters.

Her and her sisters run a service dog place that sets dogs with those who need a bit of help. Dawn in one of her reckless moments cons her friend Zeke into helping her rescue a dog that is being mistreated by a horrible man. The guy also known as "No pants Shotgun" take after them and the only thing they can think of to do after the police give chase is to go to Adam's house and pretend that they were getting the  dog for him.

Adam is Zeke's brother and he is a handsome, and somewhat grouchy rancher who has a bit of a vision impairment and is in need of a service dog but he refuses all the time. When Dawn and Zeke come with this little mistreated puppy and pawns it off on him to get out of trouble he decides he is going to keep it. Maybe it's mostly because it keeps bringing Dawn back to his house even though he knows she would never want to be with someone like him.

I really liked Dawn as she can take about anything and give it a positive spin and she is very good at hiding her emotions. She tries to hide a lot of how she is really feeling with sex, even with Adam. She really likes him but doesn't really know how to come out and say so and Adam doesn't help because he pushes her away in his own way because he doesn't think she would really want to be with him. Sometimes that was very frustrating!

There was a lot of funny moments in this that made me laugh so much. Dawn really is my favorite sister! Adam has a very stubborn cow that he named Dawn! So it was funny when Dawn the woman was scolding Dawn the cow. :)

If you want a really fluffy fun contemporary romance read then I suggest you read this whole series and it was just pure fun!
Read more
One person found this helpful
Helpful
Report abuse

Lenoreo @ Celebrity Readers
4.0 out of 5 stars I need more!
Reviewed in the United States on January 20, 2021
4.5 stars — Who has avoided this review for no reason whatsoever? This girl!! I finished it last night, and I just can’t get my thoughts in order. I have no idea why. I’m just in a bad mood.

Dawn and Adam’s story was NOTHING like what I was expecting. I mean, I’m not sure I was expecting anything, but I was completely caught off guard with them having an established sexual relationship when the book starts! Nothing in the blurb indicates that at all…in fact, the blurb is misleading in other ways as well. Oh gosh — I just finished ranting about a different book I basically all but DNF’d, and I feel like that rantiness is going to come into play, which is ridiculous, b/c I thoroughly enjoyed this book! I should have written this review this morning, now it’s going to be all tainted. Think Lenore, think!

I LOVED how with Dawn we get a very s*x positive heroine. You know how playboys don’t get the same shaming as manwhores, but they are very free with the loving? Dawn is like a female equivalent, and it’s super refreshing. She seriously enjoys s*x, and she doesn’t feel shame for it. I LOVE that. I LOVE her. In most everything in her life she’s very strong, forthright, she knows what she wants and she doesn’t apologize for it. She’s hiding a very vulnerable heart, and she had a LOT to work through, but it was satisfying to see her get over her own insecurities and get what she deserved in life. I honestly really felt for how she saw her role in life — how she was resigned almost with the way people saw her…which was always partially correctly, but not some important parts. All 3 Vasquez girls had their own set of insecurities about their role and who they were. It was a really interesting series in that way.

Adam was kind of fascinating, but I also wanted to shake him over and over and over! Man, that boy just made some boneheaded moves in the “assume I know what’s best” category. I was worried he wasn’t going to get there, but he did eventually. It might have taken just a titch longer than I wanted though.

Obviously Gigi/Methuselah and Uncle were absolute gems. I adored seeing yet another way these incredible dogs can be trained to be such a life changing resource for humans. I mean, Gigi was just Gigi, though I ached for her start in life. I appreciated how her story played out, but I don’t want to spoil it. But yeah, Uncle was da bomb. And I loved them together, so adorable!

As always there was an interesting supporting cast. It was great to see Sophie and Lila coming together for Dawn this time. And Phoebe and Zeke added their own colour (though I was pretty unhappy with Zeke during a certain scene). And then there’s Bea…Bea and Dawn the cow. Man, what characters.

I’m not sure if it was my mood, but this was probably not my favourite of the three books — but I still loved it. I can definitely see seeking out more from Ms. Gilmore. I wish I could read more in this universe, but we’re kinda out of sisters.
Read more
Helpful
Report abuse
See all reviews