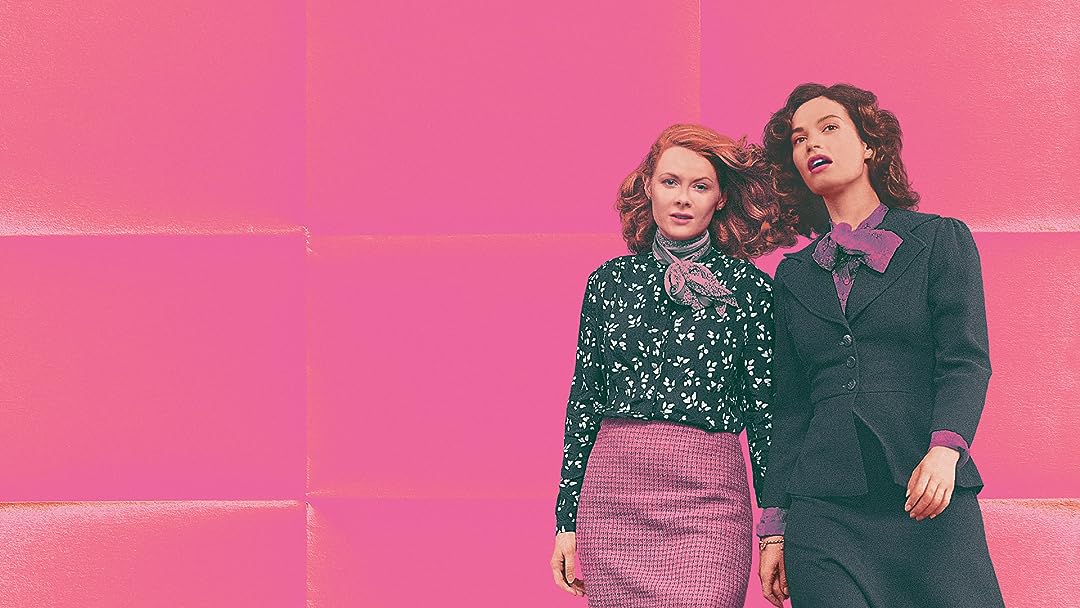 The Pursuit of Love

Season 1
(653)
6.72021X-RayHDRUHD13+
The Pursuit of Love follows the friendship between cousins Linda and Fanny, which will be put to the test as Fanny settles for a steady life and Linda decides to follow her heart.

dana millerReviewed in the United States on July 30, 2021
1.0 out of 5 stars
Really?
I'm too bored to even write a proper review.
136 people found this helpful

SimcaReviewed in the United States on July 30, 2021
1.0 out of 5 stars
DREADFUL
Just taken on the merits of this particular production, The Pursuit of Love is awful. Poor character development; gratuitous sex; choppy incoherent plot...and Lily James acting with her lips and looking 10 years too old for the part. But for any fan of Nancy Mitford, the author of the source material; and for any fan of the great 1980 production - or even the good but not great 2000 production- this mess is downright sacrilegious. Treat yourself - watch Love in a Cold Climate, available on Amazon, and/or read the originals books by Nancy Mitford.
105 people found this helpful

Francesca FischerReviewed in the United States on July 30, 2021
5.0 out of 5 stars
Stylish, sweet, funny, witty ... and more
I love period pieces such as this one and it was so well done. The cinematography was superb, along with the acting and whomever dressed all the actors and designed the scenes. There were a few lines too about women and the role they play in society that resonated so deeply I wrote them in my journal to reflect upon. I don't know what to say about the negative review; I suppose it's all a matter of personal taste and preference.
69 people found this helpful

sharonReviewed in the United States on July 30, 2021
5.0 out of 5 stars
BEAUTIFUL STORIES - LOVED THE CAST & EVERYTHING- EMILY MORTIMER'S DIRECTORIAL DEBUT!!!WOW!!!!
I was thoroughly entertained and saw this as a beautiful work of ART. I especially loved the touch of more modern music, some folksy stuff, and some Jazz Era classic sounds to help us stick with this specific time period.

I appreciated how the war was depicted in this period piece; simple verbal mentions, 2? men in uniform, some brief original black and white still montages for the most part, with clever editing illuding to it instead of the gory details re-enacted. Lilly James and Andrew Scott shone, bringing their super eccentric human characters to emphatic life - juxtaposed to The Father, but so well blended with their somewhat varied less supernatural friends and families. Emily Beecham, possibly the real star of the show, is somehow a demure superstar and the giant canvas this story is painted on. If this story were woven into a hand-made tapestry it would take 1000 years to make it. Fortunately we have film makers now - WOW, Emily Mortimer, first time director!!! Had to be a female director for this insight and perspective. I haven't read the novel, but film making is so much more.

I'm finding it so hard to understand why so many are giving this one star. Every aspect of the film making was 10,000%. I love these episodic movies that are able to tell us so much more than the wham-bam-thank-you ma'am feature length reader's digest versions lacking the intricacies of the character's lives. We got Impressionism, Expressionism and Realism all bundled up on film - or however they do it these days. Flawless and chocolate for nearly all the senses. This isn't a popcorn movie - unless you have champaign to go with it.

This is story telling at it's best; a sensual story with incredible balance of daily life, plus the highs and lows of the more intimate aspects of human life. Of course, most of us can't relate to the lives of European arristocracy, but no matter the size of someone's home, people are human, each in their own self-contrived response to their mental, physical and spiritual influences.

I will definitely watch this again and again. All the warnings of nudity-sex-drugs-violence are pretty far fetched. Any partial nudity was cleverly filmed & edited with the intentional accuracy of Olympic synchronized swimmers, sex is suggested, never documented, I don't remember any violence, and there were a couple of brief party scenes where it seemed obvious that more than the influence of alcohol was at play, but no sign or mention of drugs.

If you can't manage a full blown vacation, but really need to escape routines, spend 3 hours in THE PURSUIT OF LOVE - Season 1. ( Can hardly wait to see what Emily Mortimer does next!)

linda galellaReviewed in the United States on July 30, 2021
3.0 out of 5 stars
A good cast and good settings but
the score is absurd. What’s with the contemporary inserts?!?!? Awful…

The narrator of this movie is the main character’s cousin, Fanny. She’s the anchor for Linda, the central character, who is looking for love and is selfish and self absorbed. The time line is between the two world wars but that doesn’t stop bolts of woke feminism from being blasted into the script, especially the ending which could be a rallying piece for some contemporary organization.

Men are portrayed negatively, for the most part; it’s boring and bordering on tropy. Dominic Westbis one of my favorite actors and his talent is totally wasted in a character that comes off like a cartoon. Women either roar or are portrayed stereotypically. I wanted so much for the relationship between the cousins to develop but it never felt like more than a soap opera. GIANT SCREAM

There are so many good actors in this project and there are 2 more books to draw stories from. We can only hope the screenplay writers/adapters step up their game, especially the ending. This one was far too abrupt on top of being a feminist commercial 🍿
64 people found this helpful

cyrusReviewed in the United States on July 30, 2021
1.0 out of 5 stars
holds the viewer outside
Emily Mortimer is a decent actress bu this series indicates she is not a good director. One of these tedious films that hold the viewer outsider--just doesn't draw him in. Nondescript characters that one has no interest in, perhaps partly because of too much narration. Whatever, this work is work to stay with. I couldn't. Lost interest fast.
58 people found this helpful

abirinoReviewed in the United States on July 30, 2021
5.0 out of 5 stars
Beyond
For me, this was right up there with Sophia Coppola's "Marie Antionette" and all of Wes Anderson's movies. Am in love with this. Amazing cast and so well done.
49 people found this helpful

M. HiroseReviewed in the United States on July 30, 2021
2.0 out of 5 stars
And Nancy Mitford Is Turning Over In Her Grave
Began very promising, but 'Love In A Cold Climate' does better service to the characters which I found hard to like in this version. They spend a great deal of time overreacting, shouting and scowling at each other. Much of the music is dreadful as well.
42 people found this helpful
See all reviews
Back to top
Get to Know Us
Make Money with Us
Amazon Payment Products
Let Us Help You
EnglishChoose a language for shopping. United StatesChoose a country/region for shopping.
© 1996-2021, Amazon.com, Inc. or its affiliates