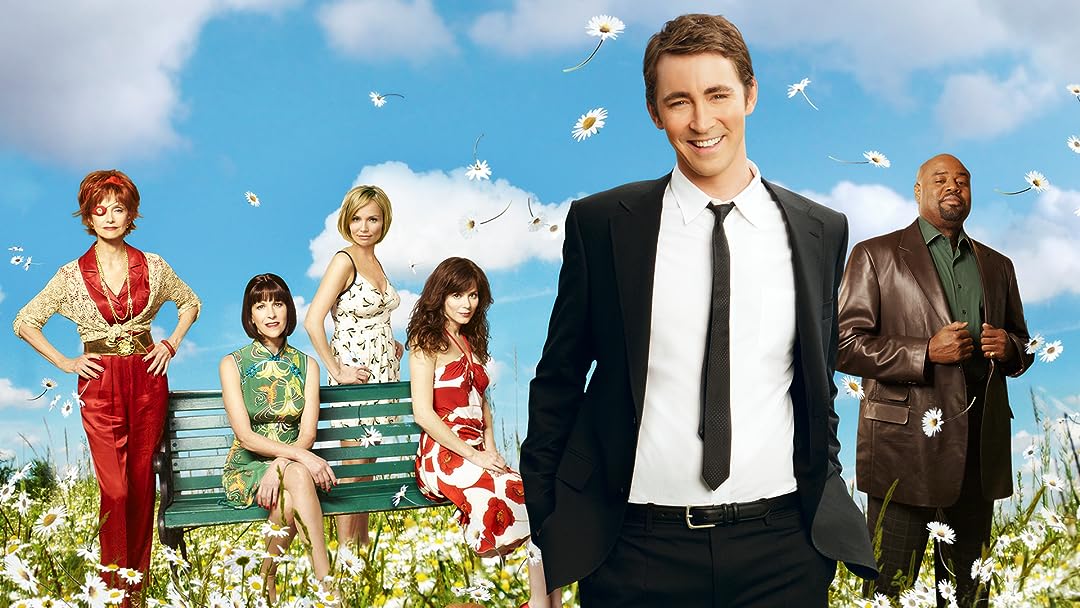 (87)
2007X-RayTV-14
This forensic fairytale follows Ned (Emmy and Golden Globe nominee Lee Pace), a young man with a special gift. As a boy, Ned found that he could return the dead briefly back to life with just one touch. Now a pie maker, he puts his skill to good use, not only touching rotten fruit and making it ripe, but working with a detective to crack murder cases by raising the dead to name their killers.

Amazon CustomerReviewed in the United States on October 20, 2018
5.0 out of 5 stars
This , along with Arrested Development, are the best of TV from the early 2000's
Verified purchase
Creative, artistic and wholly entertaining
16 people found this helpful

ChrisReviewed in the United States on October 21, 2018
5.0 out of 5 stars
Pushing Daisies a show way ahead of its time
Pushing Daisies is one of the greatest TV shows ever. Unfortunately, it came out during a time when TV was only starting to open up to new creative narratives that now have become mainstream. The set design and artistry are a wonder to behold. The music and acting are all brilliant and it is simply the most unique TV show ever on mainstream TV.
23 people found this helpful

Sbelle4Reviewed in the United States on November 16, 2018
5.0 out of 5 stars
Charming and Witty
I love this show! The premise is incredibly original. It is a fairy tale and detective story combined with a sweet love story between two people who find very creative ways to show affection to each other. The visuals are genius and remind me of a Tim Burton movie. The sets, props, and costumes are richly and beautifully colored and are a creative combination of the modern and the retro. The dialogue is incredibly witty and fast paced. The casting is spot on. Chi McBride as PI Emerson Cod gets all the great lines and is simply a scene stealer. Kristen Chenoweth is adorable as Olive. Lee Pace as Ned and Anna Friel as Charlotte ("Chuck") touchingly play a couple who can, well, never touch! This show may not be for everyone but it is definitely original!
14 people found this helpful

MelissaReviewed in the United States on November 21, 2018
5.0 out of 5 stars
LOVE EVERYTHING ABOUT IT!
The overall story is EXCELLENT. The unique idea of life and death and how one touch from Ned can bring someone back to life for only one minute or someone else dies, is wonderful! The fact that if he touches you again then you are DEAD FOREVER is frustrating for Ned and Chuck. This keeps their childlike romance alive in a sweeping romantic whirlwind. The OUTSTANDING storyboard/comics editing and STORYTELLING NARRATION gives this show a UNIQUE SENSE of FUN and PLAYFULNESS. Krysten Chenoweth steals the show.
13 people found this helpful

Think FirstReviewed in the United States on October 11, 2018
5.0 out of 5 stars
One of My All Time Favs
Funny, wacky/odd, colorful, touching, unpredictable. Incredible cast. Not like any TV show ever made. Too unique for the mainstream TV viewing tastes who tend toward warmed over genres.
15 people found this helpful

Kindle CustomerReviewed in the United States on November 2, 2018
5.0 out of 5 stars
Wow, what a gem. Simply brilliant
I had never heard of this show and now watching it on Prime I am surprised how few reviews this has. What a marvelously written gem.
15 people found this helpful

LorestreamReviewed in the United States on January 21, 2019
5.0 out of 5 stars
So happy to see this again!
It was a wonder to see this available. Pushing Daisies is one of the most unique and charming shows ever made. Its setting is so quirky. It's... retro-fantasy? Suburban storybook? I dunno what you'd call it, but it follows in the vein of Edward Scissorhands or Matilda (or even Harry Potter, a bit) in creating a strangely anachronistic, timeless world and infusing it with weirdness and its own unique style that blurs the line between magical and mundane.

Ned is a character with the ability to bring things he touches back to life - and he uses it to make pies. The fantastic made mundane. But the mundane is also made fantastic in every scene, every setpiece, every quirky character.

This show has so much personality and heart and is so weird and inventive. It's not a shock it got cancelled so quickly for that reason - and for the fact that it's heartbreakingly sad, for reasons that should be apparent based on its synopsis. That makes it hard to watch at times, but it's just so sweet and fresh that it's so worth it.

If you like Edward Scissorhands, Matilda, Dead Like Me, Pan's Labyrinth, or the Shape of Water, you should definitely give this one of a kind masterpiece a try.

M.R.Reviewed in the United States on October 5, 2018
5.0 out of 5 stars
I love this series so much
Beautiful cinematography and wonderfully quirky and empathetic characters make this series one of the best things ever to happen to television.
13 people found this helpful
See all reviews
Back to top
Get to Know Us
Make Money with Us
Amazon Payment Products
Let Us Help You
EnglishChoose a language for shopping. United StatesChoose a country/region for shopping.
© 1996-2022, Amazon.com, Inc. or its affiliates