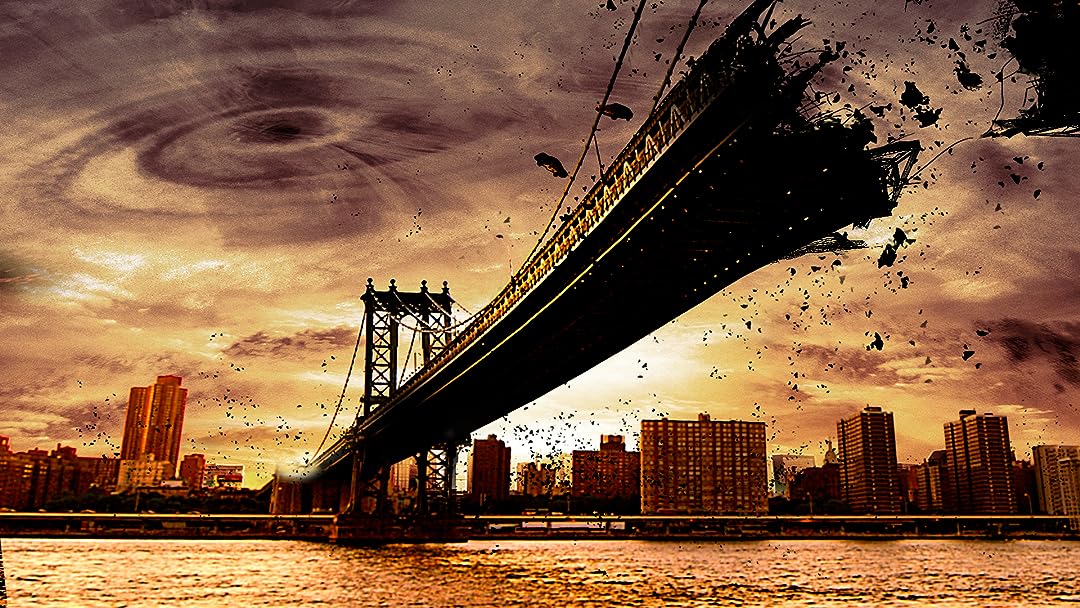 (216)
3.01 h 35 min2010X-Ray13+
A rogue space anomaly is discovered approaching Earth, and it is up to the world's top scientists to stop it from destroying the planet.

FarthionReviewed in the United States on January 4, 2019
4.0 out of 5 stars
Better than most of this kind
Verified purchase
If you can swallow the premise of the movie, and a few scientific shortcomings along the way, then this was a step up from the typical Asylum Films kind of quasi-scientific disaster movies in that it had a premise, stuck with it, and it didn't take a vodka lobotomy to follow along and enjoy the ride.

The premise is that a vortex of "dark matter" is approaching Earth, and we have only days to live before the world is "dissolved" by the dark matter. There's a lot of use of "quantum", and gravity, and uncertainty in there that would make a physicist roll their eyes, but overall, with respect to a mumbo-jumbo explanation for what was going on, I've heard a LOT worse. The special effects were rather tame, though to be honest there wasn't a lot of need to show them. The acting, some have said, was bad, but I found the characters were consistent and believable, though some contrived tropes still remained (as they inevitably do in such things). It didn't descend into the absurd (at least not as deeply) as some other such kinds of movies do. There's one enormous plot hole that wasn't filled, but given the source of that plot-hole, it wasn't as glaringly obvious as it might have been (No spoilers there).

If you are willing to suspend some critical thinking, it's fairly good for what it is. It won't win any awards, but it was enjoyable for what it was.

Daniel McCollumReviewed in the United States on January 8, 2019
1.0 out of 5 stars
Do not watch. horrible 🤢 constant eye rolls
Verified purchase
This is what happens when you throw together every cheese filled scene from the sci-fi movies of the last 20 years and have absolutely no character development. big pile of terrible acting directing and writing all here for paying amazon customers... why is this here? the movie my friend produced out of high school had better role casting and at least that made me laugh. this is just terrible. why is the trait of any notable character that they twitch? AMAZON get this junk off Prime. WE DONT WANT IT.
13 people found this helpful

ATGuyReviewed in the United States on January 28, 2019
2.0 out of 5 stars
PAINFULLY unrealistic...
Verified purchase
It was actually painful to watch... This is by no means a spoiler, (Because I turned off the movie quite early.) to say that it was obvious very early on, that the "Rainman" character will save the day and that made it pretty cheesy.. But it got worse.. At one point, the president wants to fly back to D.C., but Secret Service said "No." and their ridiculous reasoning was because the FAA had stopped all air travel??! Sorry MR PRESIDENT! And as scenes carry on the next day, all the civilians are actng like NOTHING is going on despite seeing strange things in the sky and lets not forget that the FAA has made the entire country a no-fly zone 24hrrs ago. And people just carry on like it's nothing and just another day... But what made me turn off the movie is when the "smartest" people in the country sit down to discuss it and one of them actually asks outloud if AL-QADEA could possibly be behind it??! A comet directed at earth.. by Al-Qadea??! No... I turned it off... Ridiculous...
10 people found this helpful

Avid readerReviewed in the United States on March 8, 2019
3.0 out of 5 stars
Really goofy
Verified purchase
When I saw this was from Filmrise studios and nu Image, I wasn't expecting much. And true to form, it didn't deliver much. When the crisis started, they threw out a lot of mumble jumble, which is what I suppose goes for science. And the facility was the USSA, I guess not to embarrass NASA. When they introduced Terry I immediately knew he was a savant and was waiting for them to mention rain man, which they did just to make sure the audience knew. It was funny when they brought in the two experts (Trish and Tom) which added a lot to the movie. But true to form, most of the special effects were beyond horrible. And a lot of mistakes. When the Russian rockets lifted off, hard to tell where they got those effects. Some 5th grade student, perhaps, although that might be insulting that student. They tossed a car after the earthquake, and when no car would run due to electromagnetic interference, cars in the background of the shot were driving by. And of course, to save the day, they would launch the LGM 118 Peacekeeper missile. But the warheads were fission, and it was stated it had to be fusion. The one scene between Leo and Sean was totally unnecessary, and almost got me to give this one star. Why they felt they had to do that is beyond me. Otherwise, the movie had a sort of goofiness that made it somewhat likeable, if scientifically impossible. And the time rewind at the end? Give me a break. Oh, the cover art is not in the movie. A lot of the destruction scenes were stock footage from hurricane damage, although the one scene of the cars and debris filling the street made little sense, since the houses on each side of the road seemed fine, and you could tell the debris field wasn't very long.
4 people found this helpful

Curtis W. JacksonReviewed in the United States on March 16, 2019
3.0 out of 5 stars
An Imperfect Better Than Average Apocalypse
Verified purchase
Favorable performances, less cheesy CGI special effects, and more believable settings put this movie above many disaster-disaster films in Amazon film’s catalog. This feature produced through FilmRise studios takes more than a half of hour for the story to get kicking; the music is repeatedly threatening almost at every other scene change.
The disaster here is unique. It's a giant purplish comet storm capable of vortexing the earth’s gravity and changing everything in its course into useless anti-matter. Did I explain it correctly?
It seems director Justin Jones avoided some of Asylum Films' common horrible elements. The script developed likable and varied characters builds on an overwhelming threat with much uncertainty how it could be remedied.
Jones has his capable actors. Rhett Giles gives an exceptional performance as the brilliantly minded autistic brother of the city’s mayor. Also, Gigi Edgley as a trendy computer mathematical wiz called to duty is utterly engaging. Sorry to say, the movie is weak in spots, some things don’t add up reasonably. At least it is not wholly outrageous like its predecessors. The film contains some violence and profanity.
2 people found this helpful

Daniel RiederReviewed in the United States on July 5, 2020
4.0 out of 5 stars
I thoroughly enjoyed this
Verified purchase
Ok, granted it's not the very best in sci fi...but it's got some interesting aspects that I thought made it somewhat unique and very watchable AND re-watchable. The premise is a bit far-fetched and the ending that brings it all back together is not particularly innovative. OTOH, I thought the way they introduced the phenomenon at the beginning was interesting. The acting is pretty good throughout and I thought there were some interesting characters who they developed pretty well. I especially like a what happened at the end... a line by one of the main characters that is easy to miss if not paying attention to what everyone says. I won't divulge it and spoil the ending, but that part makes me smile when I think of it.

Amazon CustomerReviewed in the United States on July 20, 2020
4.0 out of 5 stars
Surprisingly good but with an almost non existent Special Effects budget.
Verified purchase
Had a real story, with sound science (if you follow physics), and good acting throughout.

Convincing and well done. The writing was especially good in places.

Sadly an almost zero budget for special effects...however I feel this pushed the editors of the film to really put good focus on the story rather than try to wow one with over the top special effects.

I was pleasantly surprised. What I loved most was, after having been a sci-fi fan all my life, this was NOT a cookie cutter repeat of so many myopic story lines as we see in so many big budget films today. This story caught me off guard a couple of times...which is rare.

Rocko3Reviewed in the United States on October 6, 2018
3.0 out of 5 stars
As a sci fi kinda guy, this wasn't great, but it's not terrible either........
Verified purchase
If you can get past some of the acting and some of the script that does nothing to push the movie forward, it's not a bad flick. The story line is held together by a few special effects and acting scenes. Overall, I was mildly entertained., even if I had to fast forward through some of the scenes that were only there to increase the time, and to bypass any other special effects. Gigi Edgley, from Farscape, is in this movie, and although I didn't like how she played her character, (she did provide the only laughs in the movie, when she explained what was going to happen), but it was good to see her again. She's still pretty. Give it a watch if you can muster up an extra helping of suspended disbelief, and have your remote at the ready.........
One person found this helpful
See all reviews
Back to top
Get to Know Us
Make Money with Us
Amazon Payment Products
Let Us Help You
EnglishChoose a language for shopping. United StatesChoose a country/region for shopping.
© 1996-2022, Amazon.com, Inc. or its affiliates