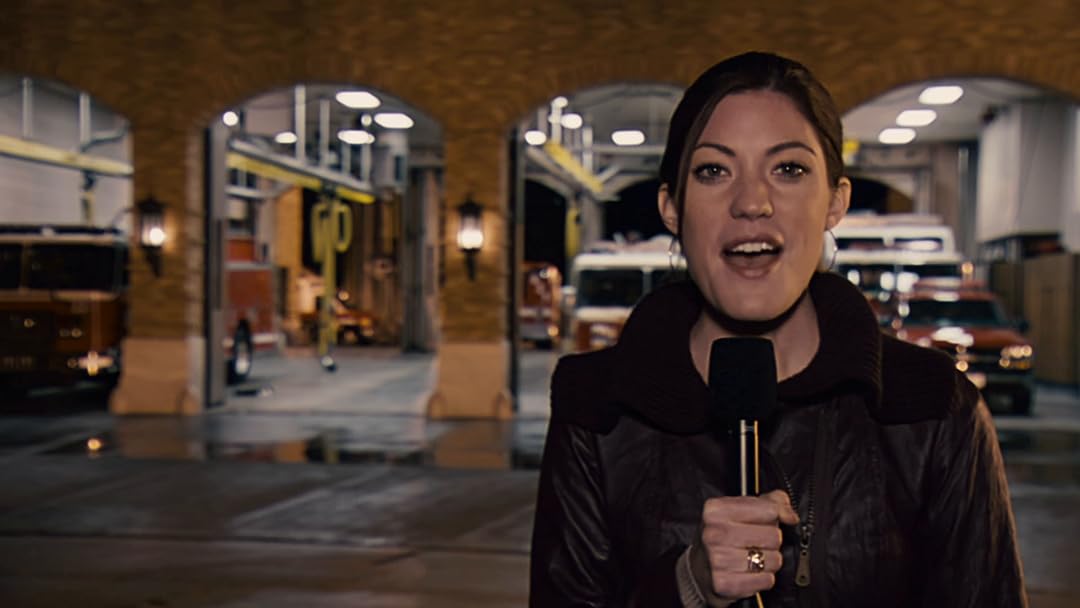 (2,921)
1 h 29 min2008X-RayR
A TV reporter and cameraman are among those who get locked in a government-quarantined apartment building - whose tenants are prone to violent rages and definite zombie-like behavior!

joel wingReviewed in the United States on December 24, 2020
2.0 out of 5 stars
Mix of Blair Witch with a zombie flick plus a lot of warts
Verified purchase
A TV crew is spending the night with firefighters when they get called into an apartment building over a sick woman. She ends up attacking a policeman. Next thing they know the building is quarantined and the TV crew, the firemen, the police and residents are all trapped inside as a sickness spreads.

The movie uses the handheld filming style that was so popular at the time, and which can get annoying as the camera bounces all around.

The story splits between the suspense of what the people will do once they’re trapped and then spurts of violence as people get infected and attack others. It ends up being like a mix of the Blair Witch Project and a zombie flick. There’s also the usual stupid moves by the cast like ignoring orders and parts of the plot that don’t make any sense.
C

Matt LarsonReviewed in the United States on July 4, 2020
2.0 out of 5 stars
Scene for Scene Remake of [REC], Skip It
Verified purchase
This English remake of the Spanish [REC] is, well, a copycat, but not a particularly exceptional one. There's a whole lot of shrieking and screaming and darkness, all because of, yep, rabies. Rabies? Yeah, rabies. Meh.

If you like found footage this might be interesting for you, though I'm a FF sucker and fell asleep towards the end despite the lead actor shrieking hysterically nonstop.

Skip this and instead watch the director's incredibly creepy and unnerving found-footage classic THE POUGHKEEPSIE TAPES. That will keep you up at night. And it's one of the very few films that caused me to yell at the screen: NO, DON'T KILL THOSE ADORABLE GIRL SCOUTS!. I'm not proud of myself, but what are ya gonna do?
7 people found this helpful

Hannah RichterReviewed in the United States on September 3, 2020
5.0 out of 5 stars
Doug Jones is the stuff of nightmares
Verified purchase
I wasn't sure what to expect going in, but I was pleasantly surprised by this one. The acting was fantastic and had me reminding myself to breath through the last 30 minutes, and the dialogue didn't feel too forced like it can in other found footage style movies. I have a fairly strong stomach when it comes to gore but several scenes made me look away. And, ugh, Doug Jones. I love all of his acting but he really made this role believable. I haven't been that tense watching a movie in quite some time. Overall enjoyed it a lot.
4 people found this helpful

MickeyMouthReviewed in the United States on July 10, 2021
4.0 out of 5 stars
Really good remake, but see the original first
Verified purchase
This is a very, very good remake of the Spanish film "[REC]" (2007) that was such a terrific new take on the tired zombie genre. The stars are all A-list character actors, the sort of talent you always wanted to see in starring roles. Unfortunately, the whole shaky cam thing always disappoints by obscuring most of the better scenes, and compared to the original, is much less effective. [REC] has more tension and drama. "Quarantine" stays at a constant panic pitch once the drama begins and gives you more of a headache than a scare...makes you wanna go back and slap every critic that put "Blair Witch Project" on the must-see list. Watch [REC], wait a couple years, then watch this.
2 people found this helpful

Loretta BermanReviewed in the United States on February 17, 2020
5.0 out of 5 stars
Quarantine and quarantine 2 disc not dameage and the cover that protect it the most important.
Verified purchase
I have a collection of a variety of horror movie's that I have collected over the year's I like other movie's but not as much as my horror movie's like Aline & Aline's and Sigourney Weaver that party she played fit her like a glove. She played it great. I like her movie's she is a great actress. I also bought the closer season 7 the last disc at the end had two skips so I will buy season 7 again. See you have to be care full with them and play them as soon as you get them and touch them at the ege of the disc. There is a other show I want to buy it's called the unforgettable and the song is so great it hit's you in your heart it is a beautiful song and sad to. But the biggest thing to REMEBER when you get any kind of DVD PLAY THEM RIGHT AWAY SO IF THEY ARE DEAMEAGE YOU CAN SEND BACK. Medium is other good show and the profiler also is other good show. On Channel 1246 whec3 has these shows. But I like to buy them because I will always have them when I die of old age someone will be happy to have my collection of movie's. There are a lot of a lot of old crime show's that are great that are not that old out there crime show with Gray sines he played NCIS NEW YOURK he is also good actor. That was a great show I don't know why it was took off the air. Thank You to Amazon for posting my review's Sorry about the spelling.
2 people found this helpful

Although it took me a bit longer than most movies for the plot to develop, this movie was very action-packed, and had me strapped to my seat the entire time! A warning though, this movie is *Not* a good choice for "Family Movie Night". The "R" rating is not an exaggeration, there is a lot of extreme violence and raw bloodshed, as well as some harsh language at times, and disturbing occurrences.

Unlike many action movies, this one is very good at keeping you from realizing you are watching a movie-- I found myself completely enthralled the entire time. This is the kind of movie that will make you never want to go anywhere again without a 9mm and military-grade tactical flashlight! The only thing I found lacking was I would have liked to see a bit more character development. The audience has much more "invested" when they relate to the protagonist early in the movie. Unfortunately, the screen play writers spent too much time in the beginning following firemen around a fire station, instead of developing a "relationship" with our main character. Due to this, in later so-called "dramatic" scenes, things such as loss, fighting, or other displays of emotion feel "two-dimensional" and "removed" from the audience, because they are not connected with the lead characters.

Overall, "Quarantine" was a great movie, and I enjoyed all 89 minutes of it. Towards the very end when we had narrowed down to our group of "survivors", it was discovered that there was a secret tunnel out, which was built up as their last hope. Unfortunately although they did not go down without a fight, the ending was a bit disappointing and even anti-climactic. While this movie did have some flaws, it was still highly entertaining and I would definitely recommend watching it! As another review pointed out earlier, the trailer makes this look like a terrible movie, but I encourage you to give this movie a chance to prove otherwise!
11 people found this helpful

bluesyReviewed in the United States on June 28, 2020
3.0 out of 5 stars
Cult classic
Verified purchase
It's a cult classic and there is a Quarantine 2, but we didn't enjoy it. The story line is good and the cast does a good job, but for us it was the filming technique; more like a first person action movie thing. My 24-yr old daughter watched it and thoroughly enjoyed it, so it's all personal taste.
3 people found this helpful

LatroReviewed in the United States on September 9, 2021
1.0 out of 5 stars
Please make it stop
Verified purchase
I didn't like anything about it. Horrible acting, directing, story, and production. This movie is bad because the producers assume you are stupid enough to watch it to the end. The people who voted 5 starts for this POS are the same one who voted for Biden.
One person found this helpful
See all reviews
Back to top
Get to Know Us
Make Money with Us
Amazon Payment Products
Let Us Help You
EnglishChoose a language for shopping. United StatesChoose a country/region for shopping.
© 1996-2022, Amazon.com, Inc. or its affiliates