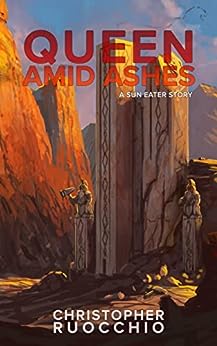 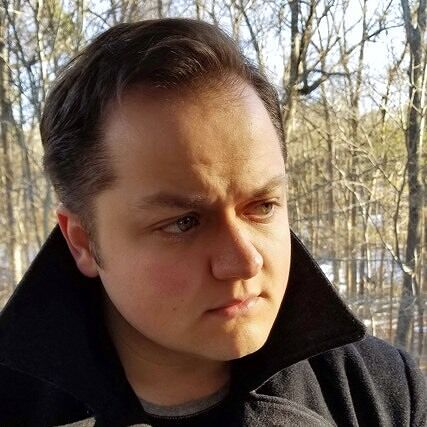 by Christopher Ruocchio (Author) Format: Kindle Edition
Part of: Sun Eater
See all formats and editions
Sorry, there was a problem loading this page. Try again.
THOUGH THE BATTLE TO SAVE HER PLANET IS OVER, THE WAR NEVER ENDS.

Hadrian Marlowe is newly a knight of the galaxy-spanning Sollan Empire: a hero who they say slew the alien Prince Aranata Otiolo in single combat; a man they say no man or xenobite can kill.

Acting on the Emperor’s orders, Hadrian has come to the desert planet Thagura and driven off the Cielcin invaders, rescuing in the process the Lady Gadar Malyan, Baroness of that entire world.

But not all the fighting is ended. Pockets of inhuman resistance remain on the desert world, and Hadrian the Halfmortal must soon do battle with not only the man-eating alien barbarians, but with something just as terrible: man’s own inhumanity to man.
#
PRAISE FOR CHRISTOPHER RUOCCHIO:

"Empire of Silence is epic science fiction at its most genuinely epic. Ruocchio has made something fascinating here, and I can't wait to see what he does next." —James S.A. Corey, New York Times-bestselling author of The Expanse novels

"Empire of Silence is a rich tapestry of future history and worldbuilding, a galactic-sized story of a hero, a tyrant, but portrayed as a man. " —Kevin J. Anderson, New York Times-bestselling author of The Dark Between the Stars

"One hell of a writer." —Larry Correia, author of Monster Hunter International

"Although stretched across a vast array of planets, the story line is often more focused on the intimate than on the expanse, giving it a wonderful emotional punch. This wow book is a must for fans of Pierce Brown and Patrick Rothfuss." —Library Journal (starred review)
Read more
Previous page
Next page

Christopher Ruocchio is the internationally award-winning author of the Sun Eater, a series blending elements of both science fiction and fantasy, as well as more than twenty works of short fiction. A graduate of North Carolina State University, he sold his first novel, Empire of Silence, at 22, and his books have appeared in 5 languages. He curated 8 short story anthologies for Baen Books, including Sword & Planet, Time Troopers, and Worlds Long Lost. His work has also appeared in Marvel Comics.

Christopher lives in Raleigh, North Carolina with his family.

PraetorXyn
5.0 out of 5 stars The best final line I've ever read
Reviewed in the United States 🇺🇸 on January 4, 2023
Verified Purchase
Queen Amid Ashes focuses on the liberation of a devastated planet. It beautifully explores the horrors of war, court politics, and the choices a ruler must make when every choice seems to be a terrible one.

An absolute must for the Sun Eater universe. You don't want to miss this.
Read more
Helpful
Report abuse

BiocheMiker
5.0 out of 5 stars Ruoccio never disappoints
Reviewed in the United States 🇺🇸 on August 13, 2022
Verified Purchase
The short stories Ruoccio writes help tide me over between the main installments of his series. The pacing is excellent, the writing lyrical, and the story captivating. The short stories help flesh out Hadrian Marlowe's character and serve as additional background for the series. Ruoccio is a young man still. Younger than me. To see writing of this quality from him at his current age makes me excited to see how he develops over time. Well done, Christopher Ruoccio!
Read more
Helpful
Report abuse

Liam Hall
5.0 out of 5 stars More Sun Eater Goodness
Reviewed in the United States 🇺🇸 on July 5, 2022
Verified Purchase
I read this in Sword & Planet, but enjoyed the extra chapter included in this stand-alone version (ch 9 for those curious). This also has a neat essay on the history of House Marlowe after the novella. This is better than The Lesser Devil, and is a nice bite of Ruocchio’s Hadrian goodness, set after Howling Dark. This would probably be best read after book 2, and I think how dark it is would be a good prelude to the abattoir that is Kingdoms of Death.
Read more
Helpful
Report abuse

Disappointing that I didn't open it with the return period.
Read more
Helpful
Report abuse

Ryan
5.0 out of 5 stars Outstanding Hadrian tale
Reviewed in the United States 🇺🇸 on November 28, 2022
This short Sun Eater novel is an episode in the life of "young" Hadrian Marlowe (between books 2 and 3), dispatched by the Emperor on a relief mission to the planet Thagura. The cannibalistic Cielcin have invaded that planet, and although Hadrian's forces have repulsed them, Thagura now lies in utter ruins. Thus the story deals with the aftermath of the Cielcin occupation, and what is revealed after the fog of war has finally lifted.

Queen Amid Ashes is some of Ruocchio's best writing in the entire series. The plot is very simple, yet it leaves its mark on you long afterwards. It's both a great introduction to the main themes of the series to newcomers (plus, as it's told from Hadrian's POV, it reads like a main series novel) and also a deepening of them for returning readers, knowing what comes later in the series.
Read more
Helpful
Report abuse

Giovanni Casabona
5.0 out of 5 stars must read, excellent addition
Reviewed in the United States 🇺🇸 on July 1, 2022
A must read if you are a fan of the Hadrian Marlowe legacy. This is an excellent addition to an already astonishing series. 10/10 Highly recommend.
Read more
Helpful
Report abuse
See all reviews
Report an issue
Does this item contain inappropriate content?
Report
Do you believe that this item violates a copyright?
Report
Does this item contain quality or formatting issues?
Report