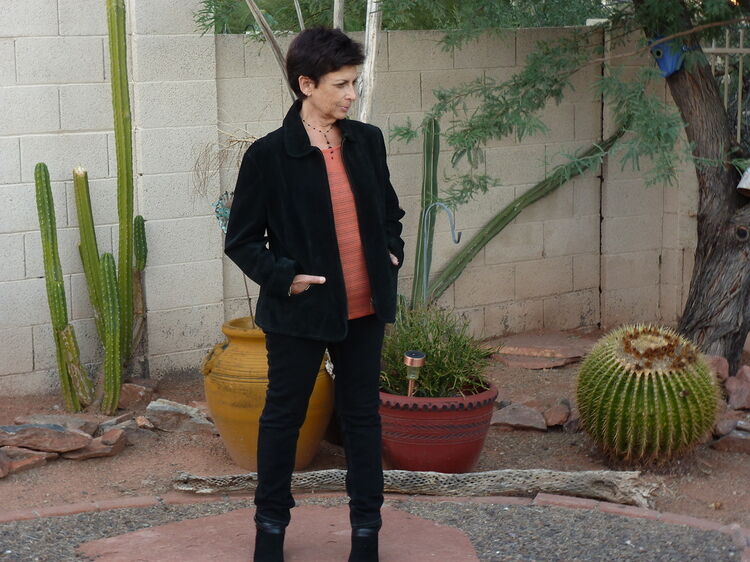 by Felice Prager (Author)
5.0 out of 5 stars 6 ratings
See all formats and editions
Sorry, there was a problem loading this page. Try again.
Quiz It: ARIZONA has been referred to as the Ultimate Road Trip book. It is also the Ultimate Vacation book for anyone visiting the 48th State. This fun and fact-filled question and answer book is for residents of Arizona as well as visitors to the Grand Canyon State. It includes questions and answers about amusing and fascinating information about the state of Arizona ranging from a town called Why to an original Diamondbacks owner who is also an avid Yankee fan to Muhammad Ali. It includes details about the beginnings of the Make a Wish Foundation and famous Good Guys and Bad Guys. From Quiz It: ARIZONA you will learn little known facts about Arizona's unique nature from the state's amazing Giant Saguaros to its incredible insects and unusual arachnids. From javelinas to rattlers to scorpions, Quiz It: ARIZONA has it all. QUIZ IT: ARIZONA is an entertaining trip through the unique state of Arizona (with a few laughs added in to keep the interest going.) It is informative without being a formal guidebook. In the book, you will learn about buttes and mountains, bridges and rivers, man-made lakes, trails, vacation spots, and famous people who chose Arizona as a home. Its unique format sets it above other trivia and fact books about the Grand Canyon State. Quiz It: ARIZONA provides a great way to learn about the Grand Canyon State with some laughs along the way. The book also contains "Just the Facts from A to Z" - the easy way to learn the state's basics and "Timeout at the Oasis," an AZ game to amuse and challenge readers. Quiz It: ARIZONA is FUN!
Read more
Previous page
Next page

The Amazon Book Review
Book recommendations, author interviews, editors' picks, and more. Read it now.
Tell the Publisher!
I'd like to read this book on Kindle

"My husband tells our friends that the reason we didn't move back to New Jersey after I saw my first Arizona scorpion is because I was afraid to open the suitcases. I had convinced myself that several generations of scorpions had checked in but had not checked out of the Samsonite. The truth is, I was afraid to get down from the couch. When my husband followed the sound of my screams, he threw a book on top of the scorpion and smashed it back to wherever scorpions go when they die. Then he made fun of me as he compared my size to the flattened arachnid."

That paragraph is from "How to Kill a Scorpion" which is my recent submission to the annual Robert Benchley Award for Humor. I didn't win. I was a semi-finalist. I think not winning had something to do with a rumor that was going around that said I was going to bring sample live scorpions with me to the annual Robert Benchley Society formal banquet - for demonstration purposes. In actuality, it wasn't a rumor. I really WAS going to bring live scorpions with me if I won - in jars with tiny holes in the top, of course - scorpions don't like leashes - so citified people who don't have an opportunity to travel to the Sonoran Desert where they might see real live scorpions could see them up close and personal. I had no intention of demonstrating how to kill them. I don't squish bugs. I just stand on the couch and scream "SCORPION!" and wait to be rescued.

I used to be one of those citified people until I moved to Arizona over twenty years ago. I was tricked into moving to the desert, however. We had found roaches in our high-rise apartment in New Jersey - thousands of roaches - thousands of pregnant roaches. All of our neighbors also had roaches. Short of putting an enormous plastic bag over the 32-story building and bombing it with an insecticide that was both environmentally correct AND one the roaches hadn't built up an immunity toward, we couldn't fight it. My husband then suggested moving to the desert. He was so enthusiastic! "Bugs can't survive the Arizona heat!" he assured me. And I believed him.

What I didn't realize was that not only can bugs survive the Arizona heat, but they grow to Grand Canyon-sized proportions, too.

Moogie
5.0 out of 5 stars Quiz It Arizona
Reviewed in the United States on January 22, 2011
Verified Purchase
I recommend this book to either AZ tourists or residents. It is loaded with fun-filled,very interesting slices of life presented in an interesting way. I live in the northeast, have never been to AZ, but read it cover-to-cover. Order a copy and enjoy... while I plan my first trip to AZ! Thank you, Quiz It!
Read more
Helpful
Report abuse

L. Barker
5.0 out of 5 stars LBarker
Reviewed in the United States on October 20, 2009
Verified Purchase
Interesting facts. Easy to read. Hard to put down once started. Lots of good Arizona information. I especially like the format.
Read more
2 people found this helpful
Helpful
Report abuse

Roberta Beach Jacobson
5.0 out of 5 stars A must for your humor shelf
Reviewed in the United States on March 2, 2010
I wasn't sure what to expect from this book, but was ready to be educated about the Grand Canyon State. Oh, what an entertaining read. Every page of quirkiness provided laughs and surprises.

I was most impressed with the collection of celebrities Felice Prager assembled for Quiz It: Arizona. There's Muhammad Ali and Alice Cooper. Also Sandra Day O'Connor and Frank Lloyd Wright. Even Linda McCartney and Wonder Woman Lynda Carter. What a stunning line up.

Her style is eclectic - a mix of giggles and thought provoking facts. Trivia fans, buy this book! Celeb fanatics, get your hands on this book! At $9.95, Quiz It: Arizona is a bargain.
Read more
Helpful
Report abuse

Larry Sand
5.0 out of 5 stars More than you might think
Reviewed in the United States on October 13, 2009
While it helps if you are an AZophile, this very entertaining book will also be of interest to people who reside elsewhere. Prager has infused her book with humor and a format that will entertain anyone who loves quizzes and trivia. It's a perfect late night read - breezy and won't give you bad dreams. I just hope Prager has 49 or so sequels in her.
Read more
2 people found this helpful
Helpful
Report abuse

Suezque
5.0 out of 5 stars Can't put it down
Reviewed in the United States on March 19, 2010
I loved this book. I bought it as a gift for a friend who lives in Arizona but decided to "glance" at it first and found I couldn't put it down. It's also a great book to thumb through when you find yourself standing in lines or waiting around for someone. I hope that she does a California version next. I love her writing, her stories put a smile on my face from ear to ear.
Read more
Helpful
Report abuse
See all reviews
Back to top
Get to Know Us
Make Money with Us
Amazon Payment Products
Let Us Help You
EnglishChoose a language for shopping. United StatesChoose a country/region for shopping.
© 1996-2022, Amazon.com, Inc. or its affiliates