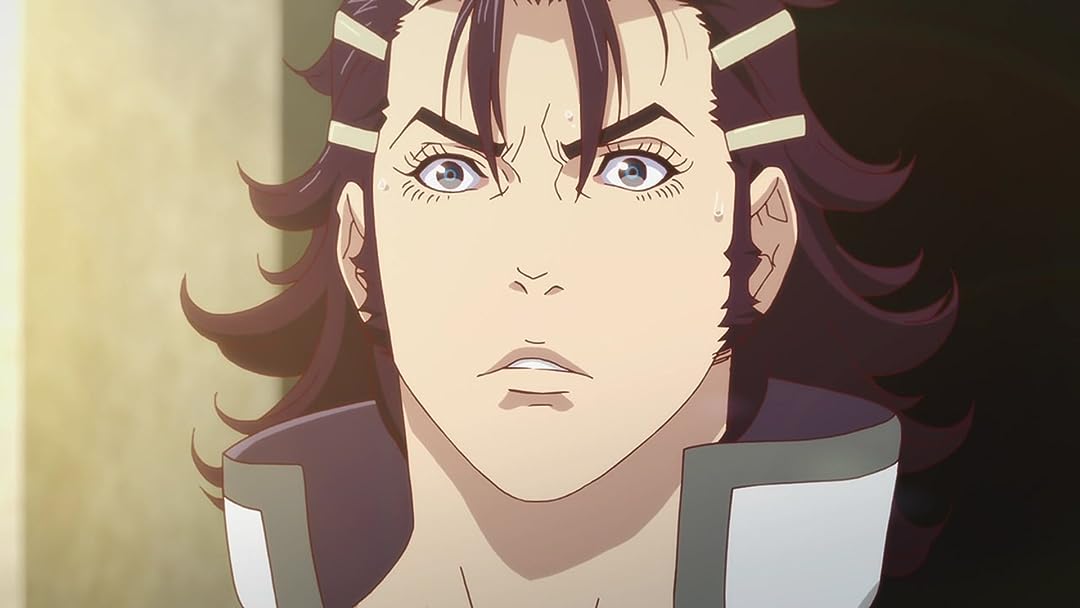 Season 1
(311)
7.3201716+
This is the land of Mistarcia where gods and demons walk among mankind.It has been ten years since the world escaped oblivion from Bahamut's awakening.The new king of man has attacked the shrine of the gods and conquered the demon nation.Demons have been enslaved, and the power of the gods has waned.In a world losing its balance, mankind, gods, and demons clash to find justice.

FrogfishReviewed in the United States on July 11, 2017
5.0 out of 5 stars
Why are you not watching this already?
Verified purchase
I found the first series by accident and was reminded of Cowboy Bebop for some reason. The characters are believable and you'll get attached easily, so when bad things happen to you, or you don't know what's going to happen to them when in a horrible situation, you'll feel it. I love the credits song, after so much of an emotional roller coaster ride of epic battles and things happening to good characters, the light hearted song brings your spirit back up and leaves you feeling cleansed. So many feels, I love this series, one of my absolute favorites!
29 people found this helpful

Michele ShawReviewed in the United States on September 16, 2017
5.0 out of 5 stars
Highly Recommend!
Verified purchase
I gave this a try having no idea of ROB Genesis. I LOVE it! The main character is a bit too energetic and naïve but it is necessary as you begin to see where the story is headed. The title song gets stuck in my head all the time. The fact that it has a few dragons is an added bonus. I highly recommend it even if you haven't seen Genesis. SO GOOD!
17 people found this helpful

KBReviewed in the United States on July 4, 2017
5.0 out of 5 stars
Reason to watch anime again
Verified purchase
It's been ages since I felt a great anime had rolled out, the kind that has that perfect mix of humor, action, drama, personal development. I know we can always think that the whatever we had when we were younger was better. But honestly this is on my list of great anime, and I can say it's been such a pleasure since I've see such an original fun piece. I really am awaiting the next season and that too is something I haven't felt for any anime is recent times. So take a day and watch this anime, there's a reason it got 5 stars.
15 people found this helpful

Amazon CustomerReviewed in the United States on October 1, 2017
5.0 out of 5 stars
A tale of Love and Ruin
Verified purchase
Every once and a while there are shows that come along that are nothing like you have ever seen before. Rage of Bahamut Virgin Soul has got me to love anime again because of it's beautiful down to earth atmosphere and bitter sweet story. It has this cinematic aspect that you just don't see in a lot of anime these days and you could tell that studio Mappa has put a lot of love into this show. The story has some great twists and turns through out it's run that keeps on surprising you.
I would have to say that the Characters is the main thing that really sells the show if you haven't already been sold on the gorgeous animation and character designs. Every character carries their own and there isn't a moment of boredom while they are on screen. Nina, our main character is a really great lead that just sticks out from the plethora of dull anime girls out there. From the very second she came on screen I fell in love with her bubbly personality and I'm not the one to really like those kind of characters, but Nina sold me. She is a layered character that hides pain with a smile and is more of an accurate portrayal of teenage girl when it comes to falling in love.To top it all off she is such a funny character with the best facial expressions I've seen on a character.
There is no true antagonist of the series and it's a four way conflict between the humans, gods, demons, and our main cast. The plot is mainly moved by one character, the king Charioce XVII who is the new of Anatae and starts out as the blatant villain of the show. However, the story shifts over to a morally grey area making us question if there is one antagonist to this story. I liked the king's role in the story and him being the main drive makes you question his every move. I would say that his character has the most surprises and isn't what you truly think he is in the beginning. The only problem that Virgin stands with it's audience is that since the king is the biggest player in the plot if you like his role the, show will be more enjoyable but if you don't then it will decline for you. I for one was sold the moment he came on screen.

Over all Virgin soul stands on it's own for a second season to the point that you don't really need to watch the first to get it. It has great animation, characters, and even comedy thrown in there that will give you a chuckle. To be warned even though Rage of Bahamut is a action/ adventure series, Virgin soul is a love story to it's very core that isn't like anything I've ever seen in anime. A love story about two characters on opposite sides and all the pain that comes with it. It's really bitter sweet and it has some really great moments with some of best dance animation I've seen in anime.It is marketed after all as a "Tale of Love and Pain" so if that isn't your thing be prepared or just don't bother. In the end this show had me in tears and begging for a third season.

jaime454Reviewed in the United States on September 30, 2017
5.0 out of 5 stars
Best anime of 2017 hands down.
Verified purchase
The best anime of 2017 and probably one my favorite anime ever. This was the perfect anime that surpass even some of my favorite titles. This show was the the reason i got anime strike since it was a amazon exclusive and it was worth every penny. As a big anime fan i highly recommend watching this.
4 people found this helpful

ShinashiReviewed in the United States on October 12, 2017
5.0 out of 5 stars
Great adventure. Great Romance. Great Bahamut!
Verified purchase
Aaaaaaah. When I saw the Bahamut series was 22 episodes into a second seasons, I decided to purchase Anime Strike. Just like Genesis, I was stunningly surprised that a story consisting of the stereotypical details of any fantasy adventure, MAPPA produced heartfelt characters, believable strife, and a gratifying ending (one that because of Season 1, I was not expecting at alllll). I was expecting the worse with a female main character, even though Genesis didn't (much) annoy me in the way of fanservice, but the show did me something better- it evened the fanservice out- which is all I can really ask for.

Another thing about this show, is that it was able to make me laugh through my tears. Just like Genesis and really just like any good show. It gets tiring being sad all the time and I get burnt out knowing that no one will be hurt or completely deserving of a shoddy fate, and Virgin Soul did it. I'm lucky to be able to binge because I wasn't ready to have my heart teetering on the edge all season like I did for the last two episodes.

Some cons. Uh... I'm not one to constantly think about something that is going to happen. I don't do much guessing- just hoping. But looking back on what had happened, some of the more observant viewers would be disappointed in some of the relationships and Ex Machinas that come into play. Also, if you're not familiar with the Bahamut stuff, you might be turned off by the ending. Other than thaaaat... Nothing! Loved it.
5 people found this helpful

James M.Reviewed in the United States on December 26, 2017
4.0 out of 5 stars
exceptional but don’t expect the tone to match the 1st series
Verified purchase
Virgin soul is a superb entry into the series but the entire tone of the world built in the original series has changed and the story suffers from their lack of focus on Kaiser and Favero. I personally didn’t find the ending fulfilling but that’s subjective.
5 people found this helpful
See all reviews
Back to top
Get to Know Us
Make Money with Us
Amazon Payment Products
Let Us Help You
EnglishChoose a language for shopping. United StatesChoose a country/region for shopping.
© 1996-2022, Amazon.com, Inc. or its affiliates