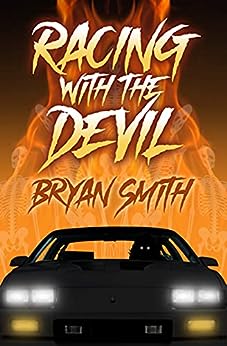 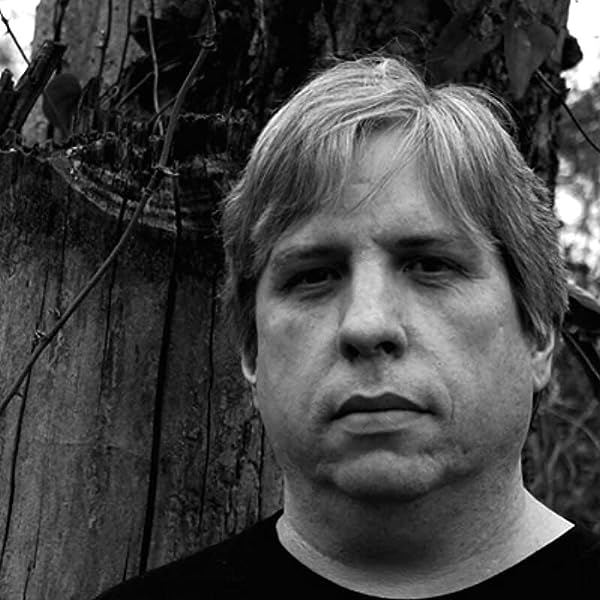 Racing with the Devil Kindle Edition

by Bryan Smith (Author) Format: Kindle Edition
See all formats and editions
Sorry, there was a problem loading this page. Try again.
It’s Halloween night in 1987. The era of fast cars, big hair, and glam metal is in full swing. A group of young friends push their appetite for destruction to the limit as they race along dark and dangerous back roads in search of a rumored epic spook night beer bash out in the boonies. But things take a tragic turn when they encounter a smirking villain in a sinister black car. They become trapped in haunted nightmare country with no obvious way out. Before long, it’s time to strap in tight, grab another cold one, and race with the devil. First to the finish line might even get to live.
Read more
Previous page
Next page

"A balls to the wall action epic and a love letter to fast cars and faster tunes, RACING WITH THE DEVIL delivers exactly what you want from a Bryan Smith book. It's got memorable characters, great set-pieces, and is an absolute ton of fun to read."
--Horror Oasis

Bryan Smith is the Splatterpunk Award-winning author of more than thirty horror and crime novels and novellas, including 68 Kill, the cult classic Depraved and its sequels, The Killing Kind, Slowly We Rot, The Freakshow, and many more. Bestselling horror author Brian Keene called Slowly We Rot, &quot;The best zombie novel I've ever read.&quot; 68 Kill was adapted into a motion picture directed by Trent Haaga and starring Matthew Gray Gubler of the long-running CBS series Criminal Minds. 68 Kill won the Midnighters Award at the SXSW film festival in 2017 and was released to wide acclaim, including positive reviews in The New York Times and Bloody Disgusting. Bryan also co-scripted an original Harley Quinn story for the House of Horrors anthology from DC Comics. In 2019, he won a Splatterpunk Award under the best novella category for Kill For Satan! His primary publisher as of 2018 is Grindhouse Press.

4.1 out of 5 stars
4.1 out of 5
29 global ratings
How are ratings calculated?
To calculate the overall star rating and percentage breakdown by star, we don’t use a simple average. Instead, our system considers things like how recent a review is and if the reviewer bought the item on Amazon. It also analyzes reviews to verify trustworthiness.
Top reviews

Kindle Customer
5.0 out of 5 stars Drawing, Intense, and Riveting
Reviewed in the United States on October 7, 2021
Verified Purchase
Usually, Bryan Smith's stories are fraught with violence, debauchery, and heaps of unmitigated gore. Instead, Smith takes things to a different level, telling a story more cerebral and haunting than his previous wares. I thoroughly enjoyed this awesome story, and I look forward to the next!
Read more
3 people found this helpful
Helpful
Report abuse

Dennis J. Rooney
5.0 out of 5 stars The PERFECT Halloween Read
Reviewed in the United States on October 5, 2021
Verified Purchase
Great novella from a master of the genre. Fantastic retro feel throughout. You'll hear the music,taste the warm beer,and feel the cold wind in your hair. It's becoming impossible for Smith to deliver a bad book.
Read more
2 people found this helpful
Helpful
Report abuse

Charles R. Grey
3.0 out of 5 stars Dude, where's the last chapter?
Reviewed in the United States on December 15, 2021
Verified Purchase
This is a pretty good ride, but not even close to the graphically disturbing content of Mr Smith's finest work. The story of four friends on a hard-drinking, high speed Halloween night death trip has some truly mind bending moments, plus what I think is a surprise special appearance of a character from an earlier work, but it ends abruptly with some seriously dangling loose threads. An open door to a sequel? Maybe. And no doubt I will devour the next Bryan Smith book the very moment it's released. Understandably, however, I wanted more than I got this time.
Read more
Helpful
Report abuse

Paul Synuria II
5.0 out of 5 stars What a Ride!
Reviewed in the United States on October 9, 2021
Verified Purchase
Not your typical Gore Soaked Bryan Smith story but Holy Hell it’s a great ride through the late 80’s with great characters, music, cars and Horrifying situations. I love the Hardcore style Bryan Smith usually writes but if he continues writing books as good as this I don’t care what style it’s in.
Read more
One person found this helpful
Helpful
Report abuse

Tod M. Clark
4.0 out of 5 stars Kick Ass 80’s Vibe
Reviewed in the United States on December 13, 2021
Verified Purchase
RACING THE DEVIL by Bryan Smith has a kick ass 80’s vibe that few writers have the ability to express. RACING THE DEVIL has partying, music and young recklessness that was so common among us 80’s teens, let the race begin!
Read more
Helpful
Report abuse

Mylene
4.0 out of 5 stars Not your typical Bryan Smith story
Reviewed in the United States on October 16, 2021
Here’s the thing…. If you are a Bryan Smith fan, you will find this to be quite different than his usual fare. At the same time, it feels authentically Bryan: You have beer, muscle cars, and heavy metal.

Instead of a splatterpunk story, he gave us a ghost story.

I had an issue with some of the story logic, but I did feel it was a compelling and heartfelt read. It is an extremely quick read so the point and moral of the story is obvious. I liked this book, but didn’t love it.
Read more
One person found this helpful
Helpful
Report abuse
See all reviews