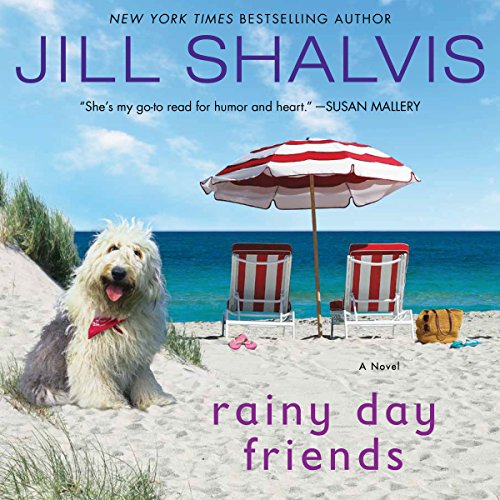 Six months after Lanie Jacobs’ husband’s death, it’s hard to imagine anything could deepen her sense of pain and loss. But then Lanie discovers she isn’t the only one grieving his sudden passing. A serial adulterer, he left behind several other women who, like Lanie, each believe she was his legally wedded wife.

Rocked by the infidelity, Lanie is left to grapple with searing questions. How could she be so wrong about a man she thought she knew better than anyone? Will she ever be able to trust another person? Can she even trust herself?

Desperate to make a fresh start, Lanie impulsively takes a job at the family-run Capriotti Winery. At first, she feels like an outsider among the boisterous Capriottis. With no real family of her own, she’s bewildered by how quickly they all take her under their wing and make her feel like she belongs. Especially Mark Capriotti, a gruffly handsome Air Force veteran turned deputy sheriff who manages to wind his way into Lanie’s cold, broken heart - along with the rest of the clan.

Everything is finally going well for her, but the arrival of River Brown changes all that. The fresh-faced 21-year old seems as sweet as they come...until her dark secrets come to light - secrets that could destroy the new life Lanie’s only just begun to build.

Special invitation from Audible!
Learn more about Membership
List Price: $30.79
You Save: $1.84 (6%)
By completing your purchase, you agree to Audible’s Conditions Of Use
Sold and delivered by Audible, an Amazon company
Share

4.7 out of 5 stars
4.7 out of 5
764 global ratings
How are ratings calculated?
To calculate the overall star rating and percentage breakdown by star, we don’t use a simple average. Instead, our system considers things like how recent a review is and if the reviewer bought the item on Amazon. It also analyzes reviews to verify trustworthiness.
Top reviews

PamD
5.0 out of 5 stars Great book!!
Reviewed in the United States on June 19, 2018
Verified Purchase
To me, the mark of a truly great book is one that causes me to "live" in it, to feel all of the emotions the characters are feeling. Rainy Day Friends is a fantastic book. As I read, I was drawn into Lanie's life & feelings. I felt her hurt, anger & despair over the mess her dead husband had made of their life. I "ugly" cried when she finally broke. River - poor River - I felt devastated for her being so young & in her position. Mark had my sympathies for being left as a single parent & my admiration for stepping up & doing what needed done. Lanie, Mark & River had to travel a journey that actually was leading them to acceptance of what had happened to them & opening them up to recognizing & letting live back into their lives. Mark's family is the secondary characters & they are all complicated individuals but you find yourself loving everyone! Cora is the quintessential mother, Uncle Jack is the smart aleck & the sisters witty & hilarious. The plot leads the reader on a path with circles, twists & turns but keeps them deeply enthralled in what is happening. I would recommend making sure you have time to read the book from cover to cover & having a full box of tissues at hand before you sit down & start. This book is not a downer. There are moments I found myself smiling & chuckling too. This is a intense, highly charged emotional book & one of the best I've read in a while.
Read more
18 people found this helpful
Helpful
Report abuse

Nancy
2.0 out of 5 stars Ugh
Reviewed in the United States on June 28, 2018
Verified Purchase
Can't even finish it, don't care how it ends. I rarely leave a book unfinished, I'll power through and find the good. This book is little more than Pinterest jokes and memes strung together to reach the author's page limit. I get that this is supposed to be a rollicking band of heartwarming misfits, and everyone has a tale of woe - I mean seriously, EVERYONE has a tale of woe, but the connections just weren't there for me. I was also creeped out by the fact that mere minutes after meeting our heroine (while she's eating a cupcake) the "hero" asks if those yummy noises she's making are her sex noises. Can you imagine? We've all met THAT guy and he made our skin crawl. Sure, his character is eventually fleshed out as a war hero, single dad, hard body with a soft heart (of course) but that initial ick factor would have sent up a red flag for most women. I picked this up to cleanse the palate between heavier reads, and I've really enjoyed Jill Shalvis in the past, but this one is a bummer.
Read more
29 people found this helpful
Helpful
Report abuse

Jaime Collins
5.0 out of 5 stars 5 Snickers-worthy Stars!!
Reviewed in the United States on June 20, 2018
Verified Purchase
*This book can be read as a complete standalone. Interestingly enough this book felt more like a women’s fiction story than the first book in the series but isn’t labeled that way. Don’t get me wrong, the romance element was a very strong centerpiece to this story but there was so much more to this story than just the budding relationship between Lanie and Mark. I feel like the strength of the story lied within Lanie’s journey to move on from the hurt caused by her husband and the relationships that she forged with the Capriotti’s and the most unlikely friendship she forges with River. I was really impressed with the way that Jill Shalvis told the story of Lanie and the betrayals she encounters with a raw honesty that felt thoroughly justified and real. If you’ve read Jill Shalvis before, you know that you can expect the best sort of hero. Mark, a single father two the most amazing 6-year-old twin girls, was extremely easy to fall for. A hardworking, morally fit, single father who has vowed to put his children before anything else and who loves his mother and sisters, you can’t help but fall for him. He was the perfect fit to Lanie’s closed-off, angry but still sweet character who was doing her best to move forward but had trouble letting go. I’d be remiss if I didn’t say that besides the flirty banter with Mark, my favorite parts of Lanie’s story were when she was interacting with Sam and Sea. Having been betrayed and let down by pretty much everyone in her life, they quickly become the first people who Lanie let’s herself be open and unguarded with and it makes for some really sweet and hilarious scenes. This was absolutely the signature fantastic story-telling that I’ve come to expect from Jill Shalvis. Sexy, sweet and just a little emotionally devastating, this is a must read book!
Read more
11 people found this helpful
Helpful
Report abuse
See all reviews

Ketto
5.0 out of 5 stars Every Jill Shalvis book is a gem
Reviewed in the United Kingdom on November 26, 2018
Verified Purchase
Whenever I see a Jill Shalvis book I haven't read I can't click fast enough to download it. Loved the heroine, Lanie, and loved the zany Capriotti family ... especially hero Mark.
Read more
One person found this helpful
Report abuse

Alison Heald
5.0 out of 5 stars Wonderful
Reviewed in the United Kingdom on August 12, 2020
Verified Purchase
Always a brilliant read from this author wonderful characters, warm and witty.
A must read
Read more
Report abuse

beatrice biggadyke
5.0 out of 5 stars a very good story
Reviewed in the United Kingdom on April 18, 2021
Verified Purchase
as it is a book- i intend reading it!
Read more
Report abuse

Bronwyn
5.0 out of 5 stars Heart rendering
Reviewed in Australia on June 21, 2019
Verified Purchase
Jill Shalvis writes amazing stories and series. Some are more lighthearted than others but every single one of them is real. This particular series is a little more heartbreaking than some of her others but in some ways more real. Both of our heroines (and yes, there is a sub plot but certainly not a lesser story) are troubled but stronger and more loving than they realise as are our heroes. Mark and Lanie both have walls, thick and strong for very good reasons. But like real life, it is no smooth, easy road to happiness. This story, I think, is one of her best and that is a high bar indeed. These people are real and you feel their pain, and their love. I cannot recommend this book more highly but please read it alone and with a box of tissues. Worth every single tear!
Read more
Report abuse

Patricia Liabotis
5.0 out of 5 stars Rainy Day Friends: A Novel
Reviewed in Canada on June 25, 2018
Verified Purchase
Jill Shalvis never disappoints! Her characters are real, down to earth and normal with all their crazy idiosyncrasies. Her books are what readers are looking for in an amazing romance novel. Thank you Jill for a poignant, thought provoking and fun read!😊
Read more
Report abuse
See all reviews
Back to top
Get to Know Us
Make Money with Us
Amazon Payment Products
Let Us Help You
EnglishChoose a language for shopping. United StatesChoose a country/region for shopping.
© 1996-2022, Amazon.com, Inc. or its affiliates