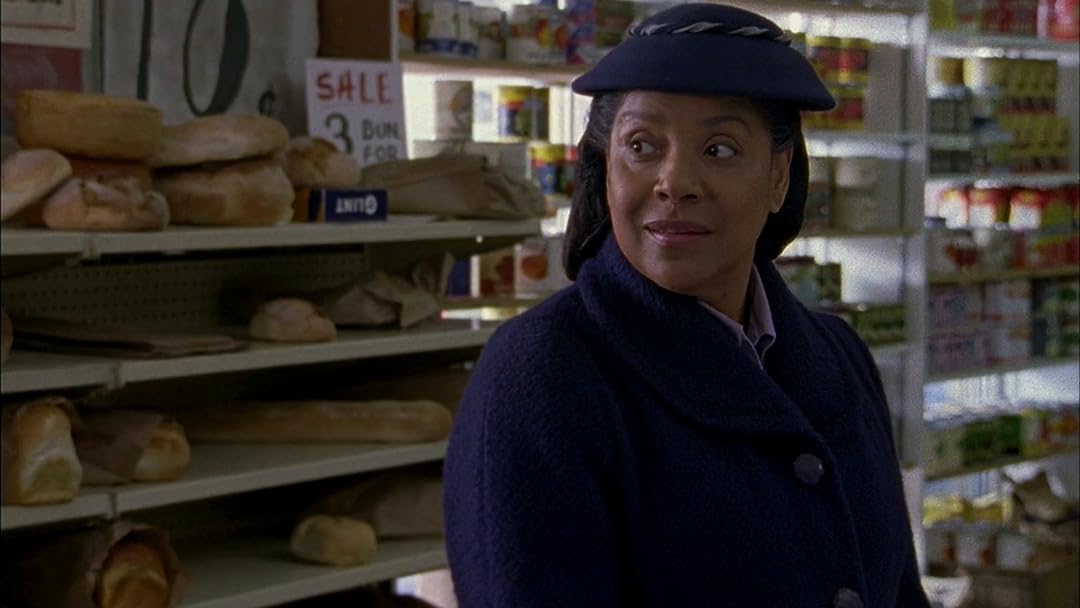 A Raisin In The Sun

(423)
6.52 h 10 min2021PG-13
An African-American working-class family faces poverty, racism and their own inner conflict when they leave their run-down tenement apartment to move to an all-white neighborhood on Chicago’s South Side.

joel wingReviewed in the United States on December 2, 2021
3.0 out of 5 stars
Dreams of the Younger family to better themselves
Verified purchase
This remake of A Raisin In The Sun starts off with Langston Hughes’ famous A Dream Deferred poem which has the line “What happens to a raisin in the sun?” The movie is about the dreams of the Younger family. Each one has a different one from starting a business to connecting with their African roots but what they all have in common is the idea of escaping their current situation. That being five working class African Americans living in a small apartment in Chicago in the 1950s. The movie touches on how black people have always tried to improve themselves such as the mother Phylicia Rashad moving North durimg the Great Migration to escape the racism and hardships of the South. The differences however are what drives the story and the conflicts such as between the son played by Sean Combs and the mother Phylicia Rashad.

The two standout performances are by Combs and his sister Sanaa Lathan. Combs captures the bitterness of his character. He truly feels that his dreams have not only been deferred but destroyed. Lathan on the other hand is full of hope thinking about her African roots and her professor played by David Oyelowo.

This is a fine remake but I don’t think it has the explosiveness of the original 1961 one.

Nana GReviewed in the United States on May 29, 2015
4.0 out of 5 stars
A good remake of the classic play "A Raisin in the Sun" by Lorraine Hansberry
Verified purchase
I am a retired English teacher who has taught the play "A Raisin in the Sun" for many years to sophomores. We always followed up with one of the film versions of the play. I really liked the original 1961 version with Sidney Poitier, I guess, because Loraine Hansberrry also wrote the screenplay, and I felt this was true to her vision. For a few years we watched the 1989 American Playhouse version starring Danny Glover because it was in color and I thought it might be more realistic for the kids. However, the format of the film was as if we were watching one filmed on a theater stage - rather dry. So we went back to the old black and white version, as it seemed to have more life. When the 2008 TV film with Felicia Rachad came out I didn't see it, and just recently decided to order for my own video collection. Because it is made for TV, several of the scenes are shortened or left out entirely. For example, when Beneatha receives the African gown from Asagai and she dresses in it for her date with George, the scene with the drunken Walter and her dancing around the table is left out. Leaving out bits and pieces is why I rated it with four stars. With that being said, It is well-done, and well-acted, and certainly worth watching or owning.
15 people found this helpful

BillReviewed in the United States on January 3, 2022
5.0 out of 5 stars
A Classic
Verified purchase
This is a classic which is often to difficult to say about a remake. The original 1960's era cast included Sidney Poitier now has Sean Combs (Puff Daddy/P Diddy) an actor more identifiable to Gen X's and millennials in a very different character role than his rapper reputation. I played a character in A Raisin ... when in high school and both DVD versions bring good memories! I encourage everyone to see this poignant story of family strength. Though it's of a black family dealing with 60's integration struggle there are situations with which all can identify.

DebraJReviewed in the United States on April 15, 2014
4.0 out of 5 stars
This version is great but there were holes!
Verified purchase
I watched this version first which had the best acting. I then watched the original version and totally understood all the issues. I think a person should watch the new and old version to truly understood the issues. The play is about a family whose whole future depends upon the $10K life insurance policy the father left the family. The father worked his whole life and the family all lived in a two room apartment the whole time.

The mother decides to use part of the money for the down payment on a house in a white neighborhood. The song, a chauffer, wants the money to use for some scheme. The mother, not wanting to kill her son's dreams, trusts him to deposit some of the money in the bank for the sister's education and the rest can be used by the son for his scheme.

The son decides to use all the money for the scheme. A man runs off with the money. The neighborhood's lawyer tries to talk the family into not moving into the neighborhood. The mother and the daughter in law decide that they can all continue to work and come up with the money to pay the mortgage.

Sidney Poitier was more passionate and dynamic as the son than P.Diddy.
Beneatha is the original seems too old to be in college; Sanaa was a better Beneatha
The daughter and law was played equally well in both movies.
Phyllia Rashad was too classy and sadity to play the mother; the original mother was a better mother; she looked more like a woman that had struggled her whole life.
2 people found this helpful

H. SecrestReviewed in the United States on July 19, 2013
2.0 out of 5 stars
Watch the 1961 version instead
Verified purchase
I ordered this in conjunction with teaching my junior high English class Lorraine Hansberry's groundbreaking play "A Raisin in the Sun." I also showed the 1961 acclaimed film with Sidney Poitier. The earlier film (in black & white) is a masterpiece, only rarely diverging from Hansberry's script. When Poitier roars drunkenly as Walter Younger "I'm a volcano!" you believe him. When Sean Combs peevishly yells it, you don't. Combs is seriously miscast in this movie. He struts and glowers; you don't for a moment see in him the ruin of a middle-aged man's dreams, just a star who's trying to prove he can be a serious actor. The rest of the cast is good, but the script they are given, by Paris Qualles, is wooden, sentimental, and overly didactic. It's as if the screenwriter didn't trust Hansberry or his/her? audience to understand the subtext of the play--everything is spelled out, and flashback scenes and extra scenes are squeezed in to put everything in context, to explain what we might be missing. Why? The result is a Hallmark after-school special, rather than Hansberry's painful, aching masterpiece. Get the earlier version.
6 people found this helpful

Flaco Vida Reviewed in the United States on July 1, 2020
5.0 out of 5 stars
No Complaints Here
Verified purchase
Very undivided and P Diddy is actually a Maybe C or B class underrated actor, he never fired to do too much, he just plays his role but you can always see that desire in his eyes that he has what it takes... Loved him in Carlito’s Way II
One person found this helpful

Richard CarnegieReviewed in the United States on February 7, 2010
5.0 out of 5 stars
Absolutely BRILLIANT re-make of a classic
Verified purchase
You'd be hard pressed to find anyone who has seen both the original and this 2008 re-make who doesn't find this re-make to be BETTER than the original. The acting is SUPERB throughout. Sean Combs gives a surprisingly believeable performance, while Phylicia Rashad SHINES in a role she was born to play. I now see why she was nominated for so many awards for this role. If you think you will think about Claire Huxtable, think again! She is AMAZING. This is a wonderful bittersweet story about money, greed, pride, and character that leaves you thinking about what is really important in life. Please understand, this is not a movie about black people, FOR black people. This is a movie for anyone with a beating heart. It was riveting from start to finish. You will laugh, cry, and be touched...it may even change you. I rented this from Blockbuster, and now I'm buying it.
3 people found this helpful

Simone BittleReviewed in the United States on January 13, 2021
5.0 out of 5 stars
great movie
Verified purchase
Great movie has everything you want great storyline good actors/actresses emotional well written. This is a remake of a movie Sidney Portier did when he was younger very good.
See all reviews
Back to top
Get to Know Us
Make Money with Us
Amazon Payment Products
Let Us Help You
EnglishChoose a language for shopping. United StatesChoose a country/region for shopping.
© 1996-2022, Amazon.com, Inc. or its affiliates