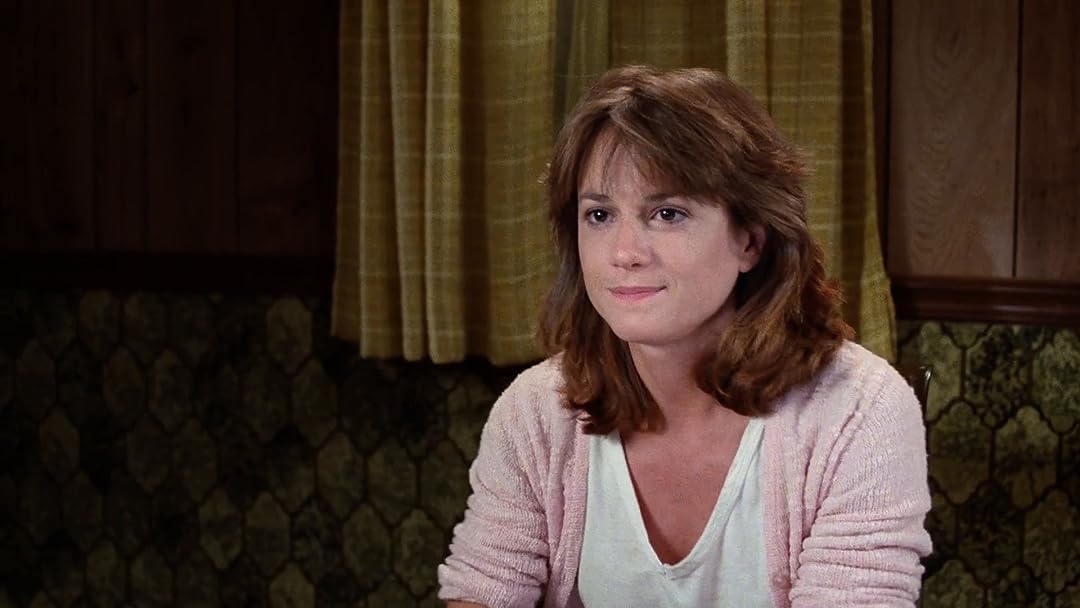 TomReviewed in the United States on June 2, 2015
5.0 out of 5 stars
NOT JUST A FUNNY FILM
Verified purchase
This is simply put...an excellent film. It is well made, creatively conceived, smartly constructed and directed, and quite wry, witty, and amusing. It is NOT a film for everyone. The story line is perhaps too dark or edgy for some people's tastes, I would imagine. The story is about a convict who hooks up and marry an officer; since they can't have any children of their own, they wind up taking a dark turn and stealing an infant from someone who just had 5 babies at once. That's the story, no spoilers there. The story progresses absurdly, and many would find it ridiculous, unreal, and just not much to it. To anyone who likes HOW a film is made, though, it is a spectacular film. To people who like films that make you FEEL and THINK a bit, it is a curious film that will delight. To people who like DARK stories that tell something beyond the surface, they, too, should like this film. VERY funny story. GREAT characters portrayed. VERY entertaining, AND a real pleasure to watch! The brothers who directed this film have sustained themselves creatively speaking over many fine films, and this one should NOT let any Cohen Bothers fans down! There is so much more beyond the superficial premise of the story that touches on humanity's core, if you look a bit. Enjoy!
26 people found this helpful

Ron A.Reviewed in the United States on January 10, 2018
2.0 out of 5 stars
DVD is Technically 16:9 Aspect Ratio, But WINDOWBOX
Verified purchase
This DVD version is Window Box - technically 16:9 aspect ratio, and has black bars on all 4 sides of the picture. I HATE this as it shrinks the viewing image significantly. Yes, I could use the "Zoom" function on my television to fill the entire screen, but then the resolution would go down.
Maybe the Blu-ray is correct.
11 people found this helpful

joel wingReviewed in the United States on May 31, 2020
4.0 out of 5 stars
A criminal and a policewoman get married & decide to steal a baby
Verified purchase
Raising Arizona was the Coen Brothers’ second film. It was a crime comedy about an unlikely couple made up of Nicholas Cage as H.I., a repeat offender and Holly Hunter as Ed McDunnough a policewoman. Ed desperately wants a child, but she can’t have babies and they can’t adopt because H.I. is a felon, so they decide to steal one. The story focuses upon the hijinks the couple gets into stealing and then trying to keep their child. It’s by far the funniest movie made by the Coens.

Like many Coen Brothers’ productions Raising Arizona is full of the odd, the quirky, and the larger than life characters and outrageous scenarios. There’s Gale (John Goodman) and Evelle (William Forsythe) who escape from prison and come to stay with H.I. and the family. There’s the chase after H.I. decides to rob a liquor store for some diapers that involves police, dogs, and a supermarket. There’s the biker bounty hunter who looks like a demon out of hell. This is the reason why it’s one of the best Coen movies.
C

Jacob SargentReviewed in the United States on August 15, 2021
5.0 out of 5 stars
Refreshingly Human
Verified purchase
This is the first Coen Brothers film I've seen. I think I might need to see them all now. No plot spoilers other than what you can see in the trailer, but I will highlight the characters and the writing because I think they really do make the movie.

A reformed petty crook and a police officer fall in love. After a while, the wife wants to have children. Despite their best efforts, they are unable. In desperation, they kidnap one of a group of quintuplets born to a wealthy businessman and his wife and quickly discover that maybe they weren't ready for a kid just yet. It's as absurd as it sounds, and this movie handles the absurd beautifully.

Nicholas Cage is magnificent as the lanky, messy-haired, emotionally turbulent H. I. McDunnough. In a world where male heroes are so often stoic, violent, unrealistically fit badasses, "Hi" is instead thoughtful, loving, and emotionally expressive. His initial attraction to Edwina transforms into genuine care and affection when he sees her heartbroken by her fiance's rejection. He struggles with his place as a father and provider, but when everything goes hilariously wrong, he steps up, takes charge, and ultimately proves that his insecurities don't rule him. Hi's silent moments are some of his best acting, as Cage lets the character's emotion shine through him with the transparent absorption of a man walking through a dream.

Holly Hunter is Edwina McDunnough, casually known as "Ed", a devoted, passionate mother who knows how to lay down the law. Hunter brings impressive depth and range to a well-established archetype. Her motivations and emotions are never in doubt, and to Hi's credit, he gives her the space to openly voice her feelings and does his best to react gently and patiently. It's wonderful to see all the little moments of love and connection that they share, and this goes a long way in investing you in their story, despite their flaws and difficulties.

This leads to my favorite element of this movie - its humanity. The characters are larger than life and yet relatable. The script doesn't gloss over their moments of indignity, but it also doesn't turn any of them into a joke. The escaped convicts show loyalty when it doesn't do them any favors. Hi's amoral, racist foreman tries to help him when he's feeling down. The tyrannical businessman has a softer, kinder side. Grief, ecstasy, insecurity, and triumph blend together elegantly, and the movie never strays too far into either the dark or the comedic.

Following a maxim of art, Raising Arizona manages to be at once comforting and challenging. Watch it with your significant other and/or friends if you can. Absorb it like a dream. Enjoy it. Take something from it to make the rest of your life a little better. Then maybe watch some more Coen Brothers movies. I know I will.

The Confederate ArtistReviewed in the United States on January 6, 2021
1.0 out of 5 stars
Raising Arizona
Verified purchase
Movies appeal to every persons taste differently. Therefore I will say "for me and my wife" this movie was beyond horrible... not even remotely funny... cheesy, contrived, poor acting....! I still can't believe this is a Coen brothers piece... its that bad. I don't like negative reviews so I won't go on. Good luck watching it..
2 people found this helpful

pmthomasReviewed in the United States on May 14, 2018
5.0 out of 5 stars
Coen Classic
Verified purchase
Absolute classic from the Coen Bros. All the way from music to movie. So many great actors cast in a fun, fun story. Early Nick Cage and better than some of the recent output. John Goodman brilliant! Tex Cobb the classic baddie. Holly Hunter....well....that says it all.
8 people found this helpful

Dennis & VeronicaReviewed in the United States on January 6, 2016
5.0 out of 5 stars
Maybe it was Utah?
Verified purchase
We bought this on Amazon Instant Video and the quality is good .I can't say enough about the movie itself, easily one of the best Comedies ever made. Well, maybe that IS saying enough because there's plenty of other reviews here and on IMDB and Rotten Tomatoes that similarly recommend the movie. This is Nicolas Cage before he became an action star, quirky and hilarious. The entire cast is great: Holly Hunter, John Goodman, Trey Wilson, William Forsythe, Sam McMurray, Frances McDormand, and Randall Cobb. Everyone gives amazing performances! Possibly the best Coen Brothers movie ever made.
10 people found this helpful

Raising Arizona was originally released in 1987 by the Coen Brothers. It stars Nicolas Cage, Holly Hunter, William Forsythe, John Goodman, Frances McDormand, and Randall "Tex" Cobb. Its a total cult film. Absolutely one of the funniest Coen Brothers films out there.
4 people found this helpful
See all reviews
Back to top
Get to Know Us
Make Money with Us
Amazon Payment Products
Let Us Help You
EnglishChoose a language for shopping. United StatesChoose a country/region for shopping.
© 1996-2021, Amazon.com, Inc. or its affiliates