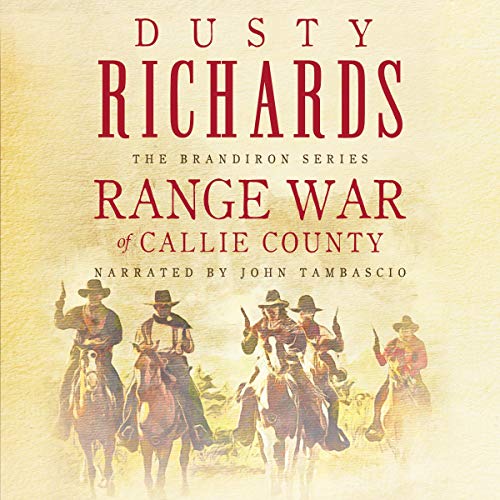 Charlie Brackeen owns the big ranch that takes up the entire north end of drought-stricken Callie County. When he pushes his B-Bar-M cattle south of their own range, it’s no mistake - it’s a hostile takeover, enforced by Sheriff Alex Woodbridge, the tough, one-eyed former Texas Ranger who’s in Brackeen’s pocket. They want the small ranchers leaderless and isolated so they can be picked off one by one and forced to sell their land.

Jed is a small-time rancher who wants nothing more than to raise his cattle in peace and find comfort at the table and in the bed of the alluring Mrs. Gabriella Contras. As the county’s independent ranchers come together, though, they look to him for leadership. Jed’s reluctant at first, but when he’s blamed for the murder of his neighbor’s son, he has no choice but to step up. Woodbridge and Brackeen won’t waste time on something as trivial as a murder trial. Jed has two options - convince by-the-book county judge Neemore Davis of his innocence...or put Woodbridge in the ground before the old sheriff does the same thing to him.

In the dust and heat of a wild South Texas summer, it won’t take much of a spark to set off a range war in Callie County.

Please Note: This title has previously been published by another publisher under the title Brackeen's Law.

Kindle Customer
5.0 out of 5 stars Rcsva13
Reviewed in the United States on April 12, 2020
Verified Purchase
Another great read from Dusty. I know he is gone which is a tragedy. Looking for someone to replace him
Read more
One person found this helpful
Helpful
Report abuse