You've subscribed to The Texas Ranger! We will preorder your items within 24 hours of when they become available. When new books are released, we'll charge your default payment method for the lowest price available during the pre-order period.
Update your device or payment method, cancel individual pre-orders or your subscription at
Your Memberships & Subscriptions
There was an error. We were unable to process your subscription due to an error. Please refresh and try again. 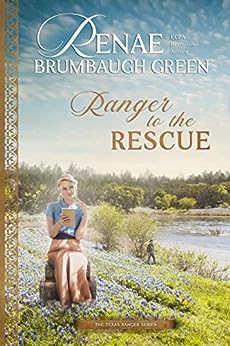 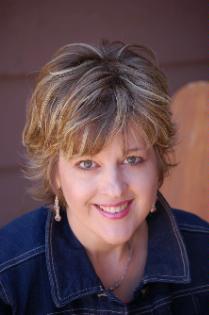 Ranger to the Rescue (The Texas Ranger Book 2) Kindle Edition 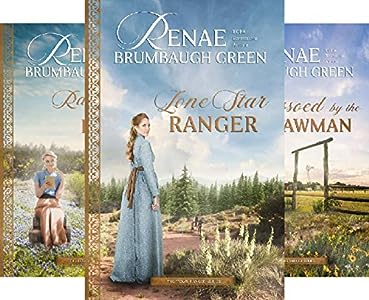 Renae Brumbaugh is a bestselling author and contributor to many books, and writes an award-winning humor column for newspaper. She's also a happy wife and mother in Texas, where she wears boots, raises chickens, and tries to be rugged without breaking a fingernail. Learn more about Renae and her books at www.RenaeBrumbaugh.com . --This text refers to the paperback edition.

4.4 out of 5 stars
4.4 out of 5
72 global ratings
How are ratings calculated?
To calculate the overall star rating and percentage breakdown by star, we don’t use a simple average. Instead, our system considers things like how recent a review is and if the reviewer bought the item on Amazon. It also analyzes reviews to verify trustworthiness.
Top reviews

TJW
5.0 out of 5 stars Loved this story!
Reviewed in the United States on April 14, 2020
Verified Purchase
Adventure filled and fun! Renae Brumbaugh Green has delivered a great story once again! This is book 2 in a series where the main characters are introduced and developed. I highly recommend both books 📚📚.

Amelia lost her fiance two years ago. He was killed in the line of duty as a lawman. She would never love again especially never again if the man was a lawman. But something was happening between her and the local attorney, Evan. At least he wasn't a lawman!

Then her best friend's husband, a Texas Ranger, had to leave town and appointed her man as a temporary Texas Ranger. No! That can't happen, she vowed to never love a lawman! She had to get away from him, she couldn't bare being around him because she just knew that his temporary assignment would get him killed. I
But then something happened and she was now in danger. She is a spunky lady, I really enjoyed her story!
This book is great!
Read more
Helpful
Report abuse

Kindle Customer
5.0 out of 5 stars Fun love and adventure story
Reviewed in the United States on January 16, 2021
Verified Purchase
The Texas Rangers are a independent policing agency and have an interesting role law enforcement.
It takes a special live kind of woman to love love.
Maybe an independent journalist ie just the right love.
Read more
Helpful
Report abuse

Jo
4.0 out of 5 stars Rescue
Reviewed in the United States on January 11, 2021
Verified Purchase
A little bit corny to begin with but then the excitement started. Two women kidnapped a lawyer out to rescue them. Lawyer and reporter are heroes.
Read more
Helpful
Report abuse

Kindle Customer
5.0 out of 5 stars Good
Reviewed in the United States on January 12, 2021
Verified Purchase
I enjoyed the story. Renae is an excellent writer and kept the story interesting the whole book. Will have to get her other books.
Read more
Helpful
Report abuse

Ophelia B. Sellers
5.0 out of 5 stars Ranger to the Rescue
Reviewed in the United States on August 4, 2020
Verified Purchase
Book 2 is every bit as satisfying as book 1. A sweet historical romance threaded with faith and humor. This author is becoming a favorite.
Read more
Helpful
Report abuse

Ranger to the Rescue is a nice follow-up to the characters we first met in Lone Star Ranger – particularly if you wanted to spend more time with Evan and Amelia.

Amelia is a spitfire of a heroine – the epitome of ‘though she be but little she is fierce’. Her dogged pursuit of a front page story at first can seem to be at war with her softer side. In actuality, though, they both fit together beautifully in a personality that is unique to Amelia and enables her to fight when needed and cry when needed. Her loyalty to those she loves is one of the reasons I enjoy her character – and her wit is another.

Evan has been through a lot, poor guy. Accused in Lone Star Ranger of being a notorious outlaw and nearly hanged for it, he’s finally settling in to his new law office in Houston and to his friendship with Amelia. All the while he remains close to his newlywed sister Elizabeth – who is a typical little sister to her big brother, especially when it comes to his love life. I enjoyed watching the sibling aspect to their relationship, reminding me of my own friendship with my brother. (And can I just say that I love Elizabeth’s strength when it counts?)

The story starts out at a fairly gentle pace, but it ramps up at the halfway mark and draws on every bit of strength that Amelia, Evan, and Elizabeth have between them to survive. I loved watching each one really come into their own. We’ve seen Elizabeth’s inner survival skills already in book 1 but we really get to see Evan and Amelia shine in this book. Their progression from good friends to falling in love was also sweet to watch – and provided a few chuckles along the way too. However, I would have liked at least one kiss between them and felt a bit cheated that we didn’t get one.

Bottom Line: Ranger to the Rescue is a sweet story with engaging characters and some harrowing moments that may have you forgetting to breathe. Not from the romance, which is very gentle, but the danger they find themselves in. Readers of Lone Star Ranger will enjoy the chance to get reacquainted with these characters, and while book 2 can be read as a stand-alone it’s probably best to read them in order to avoid any lingering confusion. A relatively short, quick read, it’s a nice choice when you want something light and smile-inducing.

Litterarum Studiosus
4.0 out of 5 stars Choosing Faith
Reviewed in the United States on April 27, 2020
Book two in The Texas Ranger series, Renae Brumbaugh Green’s “Ranger to the Rescue” is a sweet, short read that contains a sufficient element of danger without being too daunting. Because the story opens on the heels of “Lone Star Ranger”, this series is best read in order, but it is not required. In this sequel, Evan Covington is establishing his law practice when he ends up reluctantly working with reporter Amelia Cooper on a case. Their friendship develops into affection, but all hope seems lost when Evan unexpectedly becomes sworn in as a Texas Ranger. As is still the case today, working in law enforcement is a dangerous business, and not every woman is cut out to be or wants to be a lawman’s wife.

“Ranger to the Rescue” is an enjoyable Western tale that makes for a light romantic read. Overall, I liked the story, and I appreciated Amelia’s character the most. She is an intelligent woman making her way in a predominantly male profession, and she is not afraid to take risks in order to get the story because “[s]omehow, she’d thought being a writer was a gentle profession, and she’d fight her battles with a pencil and notepad.” This fortitude, however, does not extend to relationships with men in law enforcement, for personal reasons stemming from her past. She acknowledges early on that “God really was a God of second chances”, and this fact proves ever more true as the plot progresses. I love that Green incorporates sign language into the story, providing a unique element. There are quite a few tropes used in this story, which make it predictable but pleasant nonetheless. One thing that bothered me was the occasional use of modern phrasing by the narrator, which disrupted the flow for me. All in all, however, I recommend “Ranger to the Rescue” to historical fiction readers who enjoy drama and who may be looking to overcome fears of their own. As Amelia learns, “when God offers abundant grace, He also requires abundant faith. From those who claim to be His, He demands a dangerous, rugged devotion. But with that kind of reckless faith come God’s bountiful blessings.”

I received a complimentary copy of this book through Celebrate Lit and was not required to post a favorable review. All opinions are my own.
Read more
One person found this helpful
Helpful
Report abuse
See all reviews

Kindle Customer
4.0 out of 5 stars A great read
Reviewed in Australia on July 25, 2020
Verified Purchase
I live this series of books. They are clean, full of action, great characters, and faith. Can't wait for the next one!😊
Read more
Report abuse
See all reviews