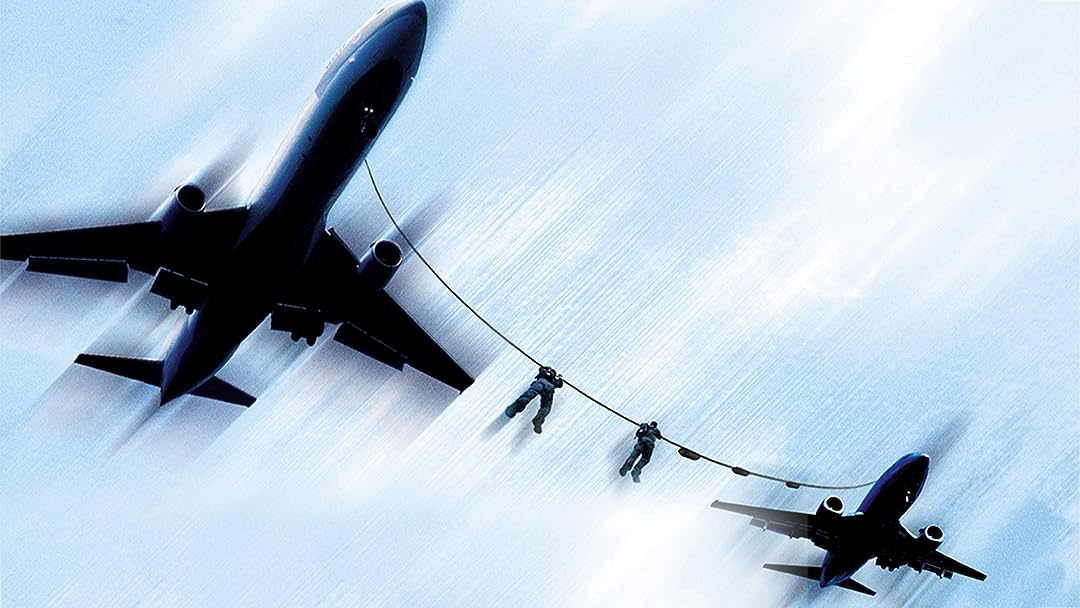 (8)
4.71 h 36 min2003R
In this action thriller starring Lorenzo Lamas and Lance Henriksen, a gang of high-tech burglars plans to rob a Boeing 747 mid-flight.

Deborah V.Reviewed in the United States on April 9, 2020
4.0 out of 5 stars
Entertaining
Verified purchase
Enjoyed the movie. The plane heist was fun with interesting twists and turns. Unexpected ending that I liked.

ann andersonReviewed in the United States on July 10, 2014
4.0 out of 5 stars
Four Stars
Verified purchase
Received as advertised

T.NAKAJIMAReviewed in the United States on February 6, 2005
2.0 out of 5 stars
'Heist in the Air' with 25 Mins of Henriksen: So Unoriginal
'Rapid Exchange' is a concoction of 'Ocean's 11' and 'Executive Decisions' or in other words, a film about a 'heist in the air.' Lorenzo 'Renegade' Lamus and Matt O'Tool form a professional thief team (organized by Lance Henriksen), and they plan to steal money from a government airplane while it is flying up in the sky, using another plane sneaking from under.

You may say that it's a ridiculous idea to make such a silly actioner based on such silly plans. You are right. But still, you can make a quite good film packed with actions, with decent budget and first-rate CGI techniques, or, at least, some original concepts. Sorry, this film has none of them.

While watching this one, I remembered an equally silly 'rescue' scene in one old disaster movie 'Towering Inferno' in which a would-be victims try to escape from the building on fire using the wire and a small cage attached to it, to the nearby building. That Steve McQuin/ Paul Newman film, however, had a big budget to build production designs in the fashion of today's Micheal Bay. 'Rapid Exchange' cannot even provide the ghost of it.

FINALLY about LANCE HENRIKSEN. I like him (especially his role in 'Millennium'), but in this film, though top-billed, Henriksen appears only for about 25 minutes. It's time federal laws banned this kind of misleading practice of billing order, in order not for us to paste the unnecessary cautions on the internet.

&#8224;sångerßångerReviewed in the United States on December 7, 2004
2.0 out of 5 stars
Boringm description, C-list
Approx 97 min long, Director: Tripp Reed, First Look Pictures, prod 2003, rated R, no special features except trailer, stars: Lorenzo Lamas (the ex-soap star, Thralls, The Immortal), Lance Henriksen (Piranha 1, Pumpkinhead, Aliens, Millenium), and a bunch of unknowns.
plot Descrip from Amazon.com:
Over a quarter of a billion dollars is on a 747 bound for Europe and the plan is to steal it all . . . in mid-air. The perfect team has been assembled and every detail has been examined to pull off the biggest heist in history. A payoff this big, you can't trust anybody.
Lamas & his partner botch a heist job for Henriksen's crime boss character. As payback, they agree to join his team of experts in boarding a govt 747 in mid-flight in secret that's transporting $250 milion US. About as dramatic as an episode of Magnum PI.
One person found this helpful

K. ChomaReviewed in the United States on January 10, 2004
1.0 out of 5 stars
I would give it a &quot;Rapid Zero&quot; if I could
This movie was quite possibly the worst movie I have ever seen. Besides the cheezy midi soundtrack, the acting was terrible, and the storyline was worse. Whoever shelled out the money to make this movie is probably in the poor-house. What a poor bloke.
One person found this helpful
See all reviews
Back to top
Get to Know Us
Make Money with Us
Amazon Payment Products
Let Us Help You
EnglishChoose a language for shopping. United StatesChoose a country/region for shopping.
© 1996-2022, Amazon.com, Inc. or its affiliates