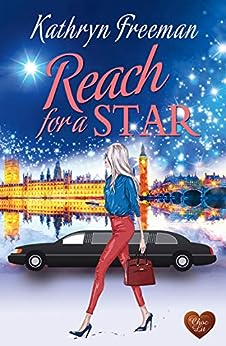 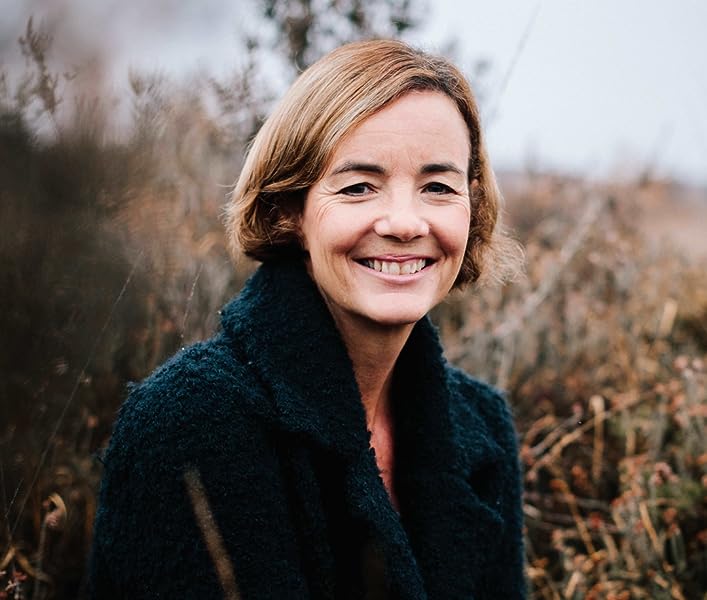 Reach for a Star Kindle Edition

4.4 out of 5 stars
4.4 out of 5
46 global ratings
How are ratings calculated?
To calculate the overall star rating and percentage breakdown by star, we don’t use a simple average. Instead, our system considers things like how recent a review is and if the reviewer bought the item on Amazon. It also analyzes reviews to verify trustworthiness.
Top reviews

Brutally Honest Reviews
VINE VOICE
5.0 out of 5 stars Clear-eyed look at romancing a star
Reviewed in the United States on October 14, 2019
Who hasn’t had a crush on a superstar and dreamed of meeting them in person, right? Conjured up a scenario where said superstar falls for them and sweeps them off their feet?

Well, the first few chapters of Reach for a Star play out exactly this way. Pharmacist Jessie meets singing superstar Michael when her sons sign her up for a reality tv show, and against all her expectations, somehow they fall for each other!

At the end of the show, however, reality intervenes with a cold hard thump, because Jessie has two sons, aged 10 and 13. By a wild coincidence, that’s precisely the age this reader’s two sons are at, so I know EXACTLY what Jessie’s going through when she feels she has to put them first. Michael’s a genuinely good guy, but he’s an introvert who doesn’t interact well with people on an individual basis. He can’t always find the words to express how he feels and he really doesn’t have any experience either with having to make compromises in relationships or with kids. He tries his best, though, and his best is pretty darn good - but his and Jessie’s worlds are a very long way apart, and for a while it really does look like love isn’t going to conquer all.

This is such an interesting take on the Cinderella trope, looking at the collision of fantasy and reality and the choices we have to make in the cold hard light of day to put those we love best first. Jessie’s decision to let her dream slip away because her sons were the most important people in her life was realism at its most pure and heartbreaking. Of course this is a romance and she and Michael do get their happily ever after, but it’s handled in a really clear-eyed way, making it clear they’ve both had to make compromises and accept changes they wouldn’t have embraced without the incentive of needing to in order to be with the one you love. It’s a genuinely lovely story with characters who felt absolutely real, and I thoroughly enjoyed the read. Five stars.

Jeannie Zelos
5.0 out of 5 stars a fascinating read, bring in life in a very personal way.
Reviewed in the United States on September 24, 2019
Reach for a Star, Kathryn Freeman

I loved Kathryn's Before You, so when I saw this I was keen to read it. I have a weakness for the fame/ordinary person trope and this sounded perfect.
I really enjoyed it, but it didn't quite have that five star magic for me. Michael was a wonderful man, and his loneliness, at the top of his career, his desire for something more, was clear. Until he met Jessie though he didn't realise himself how he felt, and as he started to develop feelings for her he was also aware of his past where emotions were concerned. I so loved him, he was the perfect lead.
Jessie I really liked at first but I did get tired of her on/off/on feelings, doubts yes, but poor Michael really got put through the mill with her and he had the patience of a saint to put up with it all. I did understand her feelings about her family, but she was making decisions for Michael rather than talking through them.
Georgina – I had such high hopes for a really good B itch type and she started well but, well, I so love the chaos people like her bring to a romance but she didn't. Works for others, left me a little disappointed though :-(
There is some great humour here, not in your face forced stuff, but subtle and funny. One bit got me though “damn it she was thirty six not sixty three. She didn't want slippers. What she wanted was knock-em dead Louboutins” I'm not far off 63, I want Louboutins too, not slippers ;-)
Her friend, her Ex and the boys were terrific side characters and added so much to the story, made it feel real. I like books that are rounded, not just single plot.
What if your dreams were so close you could reach out and touch them?
How could anyone resist Michael Tennant, with his hypnotic blue eyes and voice like molten chocolate? Jessie Simmons certainly can’t. But Jessie’s a single mum who can’t sing to save her life – there’s no way she’ll ever cross paths with the star tenor.

At least that’s what she thinks until she’s unexpectedly invited to take part in a new reality TV show. The premise? Professional singers teach hopeless amateurs how to sing. The surprise? Jessie’s partner is none other than Michael Tennant!

As she becomes better acquainted with the man behind the voice, will Jessie find out the hard way that you should never meet your idols? Or will she get more than she bargained for?
Stars: Four, a fascinating read, bring in life in a very personal way.

LJ Nelson
5.0 out of 5 stars 5 stars – Follow your heart’s desire!
Reviewed in the United Kingdom on October 23, 2019
Verified Purchase
I’m sure we’ve all daydreamed about meeting our star crushes in RL. How, with just one look, they’d fall instantly in lust, I mean, love with us. Yeah, right, that’s why they’re called daydreams for a reason *snorts*.

My reality would probably be making a huge T-I-T out of myself *shudders*. Klutz – thy name is Laura!

I could empathise with single mum Jessie’s elation and apprehension about meeting the man she’d secretly fantasised about in person. Sweaty palms doesn’t even cover it! I wouldn’t be able to string two words together. I’d be praying for the ground to swallow me whole.

I became immersed in the budding romance between Jessie and Michael. I especially loved that they were older, so both had their own ‘baggage’ to deal with and personal responsibilities.

Despite his fame and fortune, Michael doesn’t have it all – go figure! He really endeared himself to me with his social ineptitude which led to some giggling on my behalf (especially with Jessie’s boys). I know, I know, I’m a bad person but he was too cute in these moments. In my defence though, he’s still in my ‘I’d-climb-him-like-a-tree’ category. Too much? Sorry... *blushes*

Jessie and Michael’s chemistry was plain for all to see (fair warning: your kindle may get slightly hot), but a relationship needs more than chemistry to work.

Falling in love is easy, but when you live in two different worlds it’s never going to plain sailing.

Sometimes a story comes along where you wish you could give it more than five stars. This is one such story. For me, it’s a perfect ten.

I was on tenterhooks about how Jessie and Michael’s story was going to turn out. I was all ‘yay’ one minute, then ‘oh no’ the next.

I’m a newbie to Kathryn Freeman’s work, but if RFAS is anything to go by I’ll be adding her to my auto-buy list.

One final thing, please tell me I wasn’t the only left humming S Club 7 after reading this book?

Huh, just must’ve been me then...
Read more
One person found this helpful
Report abuse

Anne
5.0 out of 5 stars Top drawer,a must read.
Reviewed in the United Kingdom on November 8, 2019
Verified Purchase
Love all Kathryns books but this one sticks out for me. I absolutely loved this one. Couldn’t put it down,kept me up at night. Great characters,great storyline, bit different from the usual settings. Didn’t want it to end. It’s a must read.
Read more
One person found this helpful
Report abuse

Ketto
5.0 out of 5 stars Unusual hero
Reviewed in the United Kingdom on October 22, 2019
Verified Purchase
A lovely story with an unusual hero. I found the reality TV show and Michael’s music career authentic. Although Michael and Jessie could be considered a mismatch I believed in them every step of the way.
Read more
Report abuse

Kindle Customer
5.0 out of 5 stars Happyfeet
Reviewed in the United Kingdom on September 30, 2019
Verified Purchase
I have read a lot of Kathryn,s books she never disappoints this is brilliant every one should read thank you Kathryn keep up the good writing a very happy fan
Read more
Report abuse

Kindle Customer
5.0 out of 5 stars Loved it
Reviewed in the United Kingdom on January 21, 2020
Verified Purchase
Escapism on a plate. Who wouldn't want this story to happen to them? Great characters and altogether a really good book.
Read more
Report abuse
See all reviews
Back to top
Get to Know Us
Make Money with Us
Amazon Payment Products
Let Us Help You
EnglishChoose a language for shopping. United StatesChoose a country/region for shopping.
© 1996-2021, Amazon.com, Inc. or its affiliates