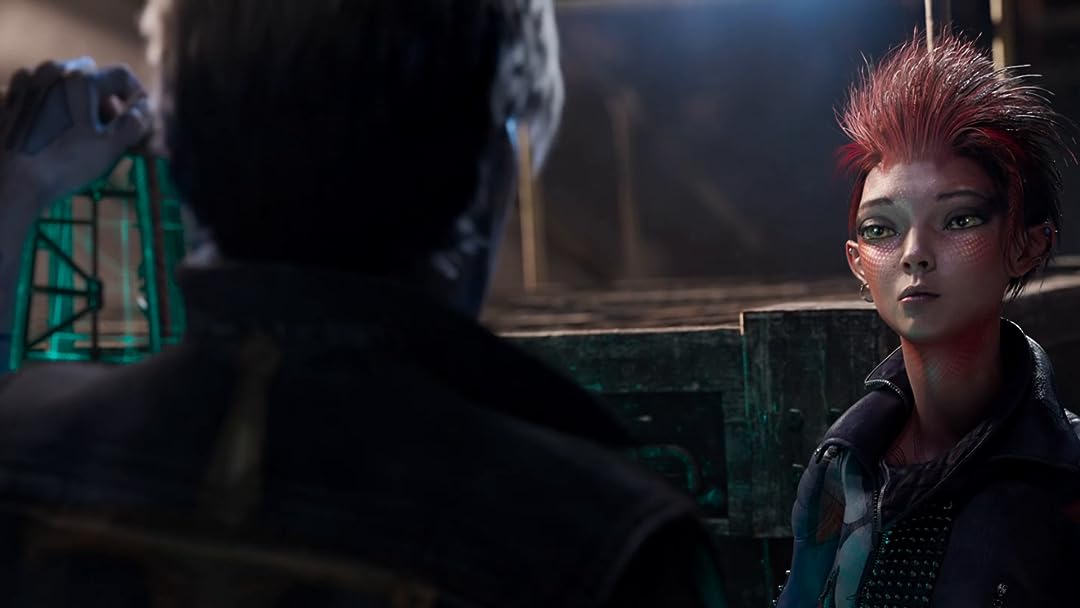 (54,839)
2 h 19 min2018X-RayPG-13
From filmmaker Steven Spielberg comes the science fiction action adventure “Ready Player One,” based on Ernest Cline’s bestseller of the same name, which has become a worldwide phenomenon.

William A. HiattReviewed in the United States on August 5, 2018
5.0 out of 5 stars
No, It Isn't Like the Book--But It Works!
Verified purchase
When books are adapted into movies, I think it's best to look at them as two separate works of art rather than comparing them. It's very difficult to translate one art form into another without making changes. Most novels of any length would require a movie of several hours for a literal transfer.

Ready Player One's movie version has the same basic premise, same characters, and to my surprise, the same messages. Having Ernest Cline cowrite the script was definitely a good move in that regard, a way to preserve the essence of the book in the midst of a remarkable number of changes. Major events in the book are often omitted from the movie. New events are added, and order of events is often different. Despite that, I had a lot of the same reactions to the movie as I did to the book.

The movie is a visual feast, but it also does a great job of addressing issues like the danger posed by corporate greed and the need for balance in one's life.

The movie appeals to the nerd in all of us in much the same way the book did, though interestingly a lot of the pop culture references have been swapped for others, I assume in some cases because of rights issues.

The relationship between Wade and Samantha is well handled. There is also an implicit comment on the problems of relationships that exist only online.

The movie is not without its flaws--no human product. That said, the good qualities far outweigh those flaws.

Kacie HughesReviewed in the United States on November 28, 2018
1.0 out of 5 stars
Mehhh
Verified purchase
You know the movies where a bunch of guys in suits throw a bunch of things together that sound cool but don't have meaning? This is the epitome of that.

There's a zillion pop culture and nerd culture references, but since they make good use of ZERO, it's not actually interesting. They're banking on you going "HEY, THAT THING, I RECOGNIZE THAT HURR HURR" and patting yourself on the back in congratulations. But poorly executed nostalgia jabs do not on their own make good cinema.

SPOILERISH BITS AHEAD:
Here are a couple out of MANY examples of what I mean... You include the Holy Hand Grenade of Antioch, cool. "We love that movie," nerds say to no one's surprise. You build it up film style...and then you proceed to not use it correctly. The item is a joke item from a simple but classic movie. It isn't a long or difficult joke. It would have made the scene quite a bit better...but nope! Just the name is supposed to make the scene pop? Nah. Comedy potential, wasted. Part of the joke in the film it is from IS how to use it correctly, which this film couldn't be bothered with.

You include the Iron Giant as...a weapon? When the whole movie he was from was about him NOT wanting to be a weapon?? (He didn't even like that a deer was shot, and that's a perfectly valid thing to kill--especially in the 50s!) And then you go further and are in a massive battle...and don't use the Iron Giant's ridiculously OP weapons, his planet destroying arsenal??? "Nah, people'll be happy because he's there, not that it makes sense." Name dropping doesn't do it. People like characters and jokes because they bring something to the table. Don't bring what they brought and you might as well not try in the first place.

This is a "fellowkids" kind of thing. Just popping images or dropping names of cool things doesn't make you cool. It makes it a mishmash. USE the references. Background stuff works too, often enough, but you can't just refuse to use the vast majority of the things you paid license fees to show and talk about. An immersive online world could have worked just as well without those really bland chart-driven blinks of pop culture drops. Like, yes, we know about the Delorean. We all love those movies. But there are cars/vehicles that would've made more sense there, too.

It's cheap. It's extremely cheap. Everyone involved in the film should've known better. Everything in the film could've been done better.

I do not know what the book is like, but this film was...wonky. Pandering without actually bringing any nerdy delight to the surface (unless you ARE one of those people whose breast swells with pride just because you recognize a Gundam or a Battletoad).

It's like paying to use Charlie Brown in the movie, but...never saying classic lines (like Good Grief, never doing a classic gag like a kite getting stuck...) It's really not hard to do proper references. Even thirteen year old fanfic writers know how to do them most of the time.

This movie was just vomited up marketing checklists and charts. Nothing more.
173 people found this helpful

AndrewReviewed in the United States on July 28, 2018
4.0 out of 5 stars
Fun rent, well made
Verified purchase
I'd read the book maybe 5-6 years ago. Generally, I have trouble enjoying movies when I've already read the book they were based on, but this was an exception.

Maybe enough time had past, or maybe it was just a solid film, but I really enjoyed it, as did my wife (who isn't particularly into gaming, but did appreciate the 80's references). I'm sure some others who read the book will nitpick and find things to complain about, but dont get it wrong, this is a well made, quality film with some subject matter that is just waiting to happen in our near future - none of it is particularly far fetched. Fun, light watch, with great references throughout (Batman, Halo, Overwatch, and many dozens more).
102 people found this helpful

ElizgangstaReviewed in the United States on September 23, 2018
1.0 out of 5 stars
Movies based on books should be more accurate.
Verified purchase
Horrible. My husband and I read the book and really enjoyed the book. So we were of course excited for the movie and the only similarities were the names!! everything else was wrong. If you didn’t read the book you may like it, but we also found the acting really bad. If you did read the book DO NOT WATCH you will be so disappointed.
76 people found this helpful

Ethan SReviewed in the United States on July 26, 2018
4.0 out of 5 stars
While It Isn't the Book, It's Still Fun
Verified purchase
Like a lot of other people who've reviewed stated, I love the book. I don't read. Simply never (unless it is a bed time story with my kiddo). After finishing this book, I read it again. I'm tempted to read it a third time. It's just that good.

I went into this movie blind. Only looking at the overall total score that reviewers were giving the movie. I was shocked when (very soon into the movie) I realized that the book and movie were going to similar almost in name only. It's really hard to put into words how let down I was initially. But after finishing the movie you sort of realize how difficult (maybe impossible) it would have been for them to make a movie based solely on the book. With this in mind I try to think of the book and movie as two 100% different things. Not basing judgement off of one because of the other.

If you enjoy action/adventure movies and lots of nostalgia mostly from the 80's and 90's with other generations sprinkled in, you'll enjoy this movie. I'm excited to watch it again and really happy this was even made. Overall really great family fun movie. 3.75/5.
59 people found this helpful

Adam VaroReviewed in the United States on October 30, 2018
1.0 out of 5 stars
Really wanted to love this movie, can't bring myself to even like it.
Verified purchase
I wanted to like this movie. I know also that the book has its own faults, but I had a hard time even starting to like this movie. None of the challenges are remotely the same and seem like cheap gags to suit an audience that doesn't really understand the appeal of this story. In fact, most of the movie felt like a bunch of intellectually cheap tricks that were simply hollow replacements for anything interesting in the book. The characters were cheap, the references were cheap, the visuals while sometimes cool also rang quite hollow. The character interactions were also quite disappointing. For all the relationship developments that go on in the book everything just kind of falls apart in the film. If you've never read the book you might enjoy this movie, but I don't see how you would like this if you enjoyed the book.
43 people found this helpful

Patrick GavinReviewed in the United States on January 12, 2019
2.0 out of 5 stars
Worst possible take on the book. No fan service.
Verified purchase
I gave it two stars because it was still somewhat entertaining.

The thing that made the book great was the fan service. There's none of that in this movie.

The book is a decent story in its own right, but this movie mostly ignores that. If they had just followed the book I would give it 3 or 4 stars.

Spielburg was too busy raking in stacks of cash during the 80's to truly understand what the book is about, and it shows. Cline had some dork cred with the book, but now he has none. He might have been able to save some if he had snuck The Clash in there ironically, but he didn't. Poser.

No one will read this review, so who cares? I just want my friday evening back.
34 people found this helpful
See all reviews
Back to top
Get to Know Us
Make Money with Us
Amazon Payment Products
Let Us Help You
EnglishChoose a language for shopping. United StatesChoose a country/region for shopping.
© 1996-2022, Amazon.com, Inc. or its affiliates