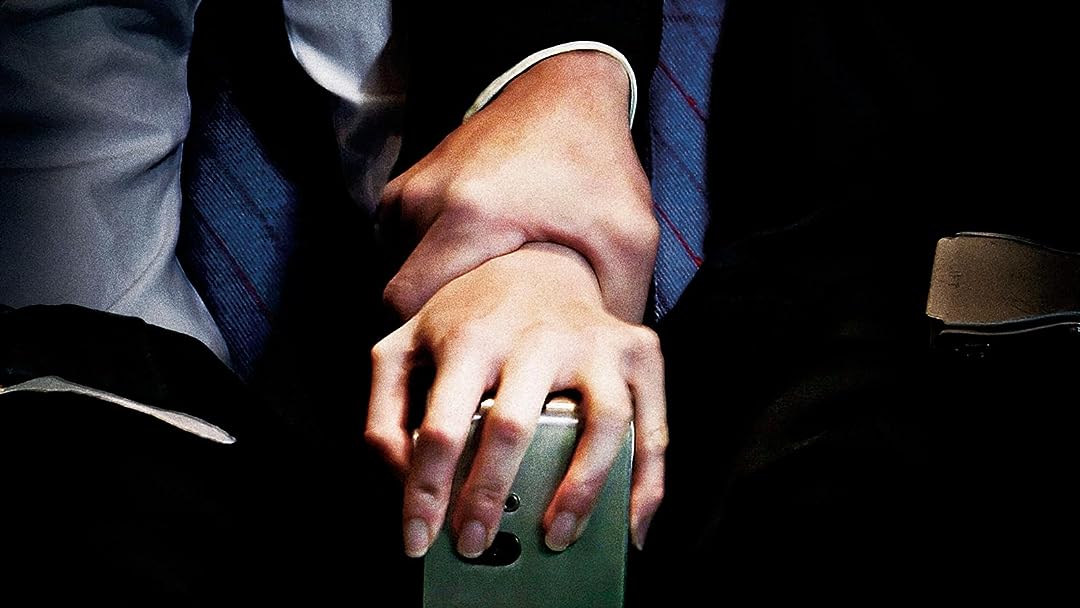 Berferd &#34;Buford&#34; CheswickReviewed in the United States on December 17, 2019
5.0 out of 5 stars
Rare! An everywoman-heroine action film
Verified purchase
What makes this film great is that the protagonist is an everyday person who, when their family is threatened, stands up to the bully-antagonist played by Cillian Murphy.

We often see this role played by men who are cast for their supermasculinity, but -as played by Rachel McAdams- it's an invitation to see someone whose entire existence isn't defined as a gun-toting assassin or paramilitary etc.

No, rather, here we have an ordinary, everyday person, going about their lives, then suddenly thrust into the position of defence.

That's what makes this picture entertaining. If only we got more of this, rather than the career superheroes and villains we're used to seeing.

EllieReviewed in the United States on January 22, 2016
5.0 out of 5 stars
Intense
Verified purchase
Why you need to be choosy who you talk to or sit beside in the airport, they just maybe trying to blackmail you to do something evil. At first you are taken in by the blue eyed stranger thinking he is just a nice fellow passenger who helps a girl in distress. NOPE! It wouldn't be nice for me to give away the plot line, so I'll try to get you to see it without revealing too much.
It is set in the Hitchcock style, the main star gets in deeper and deeper with no seeming way out. You are brought into Rachel McAdams world as she is trying to get home after a funeral. She meets Cillian Murphy who turns out to be the middle man for some very bad people. Now for most of the movie they are trapped on an airplane. Wes Craven, who is the master at scaring you, directs this little thriller. Wow what an awesome job. He pulls you into their lives and your heart is pounding to see how she will get out of the dilemma she finds herself in.
Brian Cox does an excellent job as her dad. The way they move when they are talking on the phone, for example, really lends to the "reality" of the relationship.
It has just enough action to keep your attention but the story is where this movie finds its strength.
After all we, well most have flown in a plane before. We have hoped not to sit beside someone weird or too talkative. So now this will be added to the back of our minds, who is really sitting beside us?
11 people found this helpful

TA SparksReviewed in the United States on October 26, 2019
5.0 out of 5 stars
I finally watched it
Verified purchase
I didn't think I would like this movie a lot but Cillian makes it quite scary and they really captured the essence of hotel employment. I loved that this female character actually thinks quickly and fights back rather than the typical scream-and-run leads. Wouldn't mind seeing a sequel film made with a similar, but not quite the same, concept.
4 people found this helpful

KCReviewed in the United States on March 13, 2020
5.0 out of 5 stars
Hooo! Edge-of-your-seat exciting!
Verified purchase
Rachel McAdams is awesome! I'd love to see her in more roles like this. I wish I had seen this on the big screen when it came out.

Did I just miss it, or did Kyle Gallner not get a credit in this movie? That's messed up. He was great in VERONICA MARS. He's currently in INTERROGATION. In every scene with his earpod brother, the eye goes to Kyle Gallner. I wouldn't be able to pick earbud guy out of a lineup.

ShannonReviewed in the United States on March 29, 2017
4.0 out of 5 stars
Good movie
Verified purchase
I think it's a good movie. It's lightly suspenseful, just enough to keep you interested. Yes it's predictable, but really, most movies are (and, honestly, the point of movies is for you to relax and be entertained) and this movie is entertaining. Rachel McAdams is always good, and Cillian Murphy makes a great bad guy. I say if you want to be entertained, watch it (unless you insist all movies be completely unpredictable and confusing to be good).
2 people found this helpful

teols2016Reviewed in the United States on September 19, 2013
5.0 out of 5 stars
Get Hijacked For This Thriller
Verified purchase
Of course, this film has Rachel McAdams, so it's already pretty good in my book. McAdams doesn't let me down as she plays a woman who gets forced into a situation where human lives are at stake. Cillian Murphy plays a suave terrorist who intends to use McAdams's character's position in a hotel to carry out a plot to assinate the United States Deputy Secretary of Homeland Security (theere's a mouthful.) McAdams's character is motivated to cooperate by the fact that her father, who remains unaware of the plot, will become very aware of what's going on, right before he's killed. That's a nice twist...usually the father is "motivated" by his daughter's possible fate. Murphy's character is truely terrifying, a testiment to the man's acting ability, and we are reminded of how terrifying when he so creepily reminds McAdams (and us) of how brutally honest he has been from the beginning. Ultimately, this is a pair to watch (you'll briefly think it's a relationship in the making) right up to the very, tail-spinning end.
9 people found this helpful

JWReviewed in the United States on February 26, 2020
3.0 out of 5 stars
Exciting Plot, but director fell down on realism at the end
Verified purchase
This was a 4 star - up until going into the last 30"; where the director sacrificed common sense-for-survival when the heroine raced back up stairs to tackle the killer again - instead of grabbing her dad and racing out the open front door for help; this allowed the heroine to display some more superwoman antics., but made the whole thing a little hockey.

White RoseReviewed in the United States on October 26, 2019
3.0 out of 5 stars
somewhat enjoyable
Verified purchase
It was a decent action movie until the moment where the same recycled-BS happens all over again, a completely unexperienced woman somehow manages to kill a highly skilled assassin, yeah right ... When will action movies become a tiny bit more realistic. Pretty much every american movie has to have a happy ending, as if Americans are incapable of accepting that in the real world bad guys win too ... a lot.
See all reviews
Back to top
Get to Know Us
Make Money with Us
Amazon Payment Products
Let Us Help You
EnglishChoose a language for shopping. United StatesChoose a country/region for shopping.
© 1996-2021, Amazon.com, Inc. or its affiliates