You've subscribed to Hulk (2008-2013)! We will preorder your items within 24 hours of when they become available. When new books are released, we'll charge your default payment method for the lowest price available during the pre-order period.
Update your device or payment method, cancel individual pre-orders or your subscription at
Your Memberships & Subscriptions
There was an error. We were unable to process your subscription due to an error. Please refresh and try again. 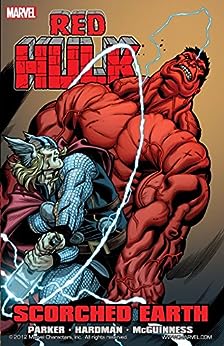 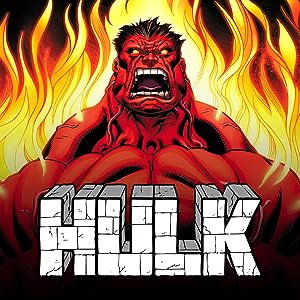 4.4 out of 5 stars
4.4 out of 5
26 global ratings
How are ratings calculated?
To calculate the overall star rating and percentage breakdown by star, we don’t use a simple average. Instead, our system considers things like how recent a review is and if the reviewer bought the item on Amazon. It also analyzes reviews to verify trustworthiness.
Top reviews

law1349
5.0 out of 5 stars New creative team delivers!
Reviewed in the United States on September 22, 2011
Verified Purchase
This title gets a lot of criticism for it's simple "Hulk smash" nature, but that's what I love about it. If I wanted to read a literary masterpiece, I wouldn't look to a Hulk comic, so I don't know what people expect. But either way, this volume debuts a new writer and artist to the title. I give the book 5 stars for pure entertainment alone. It's a fun read. I've already read it twice in a week. The story this time around is more solid and Gabriel's artwork gives it a more realistic feel than previously seen. I wondered if they would just lock Rulk away for a while after his big beatdown from Hulk, but you can tell they're trying to make him fit into other Marvel titles as well. There are multiples storylines running sisde by side throughout this volume and it works perfect. It is non-stop action. I can't wait for the next volume to come out.
Read more
3 people found this helpful
Helpful
Report abuse

Attidude
4.0 out of 5 stars MUCH better that I thought it would be!
Reviewed in the United States on March 24, 2014
This is the FIRST Red-hulk graphic novel I’ve ever read. When I had first heard about the Red hulk soe years ago, I was irritated. I always feel that a super-hero should NOT be copied and then re-created to form another. Apart from the (original) hulk, there was already she-hulk, skaar (the son of hulk) and then the Red Hulk also! And then I read the reviews of most of the initial volumes of the Red- hulk (written/created by Bendis). Readers had fully-criticized the Red hulk books (to say the least). And also, Bendis is my least-favorite writer. Reasons? “Ultimate Spiderman”, “New Avengers”, “Secret Invasion”, “Siege” , to name a few. And then Jeff Parker took over the reins of “Red Hulk”. I had read some of the “Thunderbolt” books by Jeff Parker and was quite impressed. Moreover, on a website I had read that Parker was doing a pretty decent job with Red hulk. So I took a leap of faith and bought my first Red hulk book. And I am NOT disappointed, to say the least.
I’ll try to keep my below comments as much spoiler-free as possible.
The Red hulk has been beaten by Hulk and imprisoned in a secret S.H.I.E.L.D facility. Steve Rogers convinces Red hulk to do good for humanity and the latter agrees. Bruce Banner then informs the Red Hulk about “Scorched Earth”, a doomsday scenario set in motion by M.O.D.O.K and the Leader. Both of them were captured and reverted to their human selves in the previous volume of this book. After their capture, a set of protocols is set into motion , which if allowed to run freely, will destroy the earth. The Red Hulk is required to stop this protocol from coming to fruition.
The story is really very good. It is fast paced and exciting. The Red Hulk, against his wishes, has to work with some “allies”, like Iron-Man, Thor and Namor. And all these three beat up the Red-Hulk! It’s shown in a very funny and convincing way. Speaking of “funny’, there is quite some humor in this book. I would like to mention one small incident in the story that takes place in the last issue of this collection, which is like a standalone-issue. The Red Hulk beats up a character called Woodgod. In the process, the former says “Get a haircut, hippie”. And then, “Get a job,too.” , And then Woodgod cries! And runs away shouting “Father!”. And then the Red Hulk says “Who’s your Daddy?” 
There are also some instances in the book where the green and red hulk, both, have to work together. And it’s done very nicely. It’s really a treat to seem them both fight side-by-side!
The characterization is VERY good. All the characters seem and feel very life-like and realistic, thanks to Parker.
The ark work is VERY good. Gabriel Hardman has done most of the issues. It’s the first time I’m seeing his work and it’s pretty awesome! I think Hardman could go to become one of the top artists very soon. His rendition of the Red Hulk (and the green one too) is fantastic! Though I haven’t really read that many of hulk books, but I think that Hardman is definitely one of the BEST artists , fir for drawing a “Hulk” comic! Ed McGuinness has done the cover art for all the issues in this collection. He has also done artwork for issue # 30. McGuinness is no doubt a good artist but the only reason I dislike his work is because it’s cartoony. I would prefer the artwork to be more realistic. Ben Oliver has done artwork for a small story-arc and his work is acceptable. Mark Robinson has done artwork for the “A-bomb” stories that appear as back-stories in all the issues of this collection. Robinson’s work is forgettable.
Overall, I am VERY happy with this book. I like Jeff Parker even more after reading this book. And I’ve become a fan of the Red-hulk. Henceforth, I will be reading ALL of the Red Hulk books , that are continued from this book.

may-britt torgersen
5.0 out of 5 stars NOT Loeb's Red Hulk
Reviewed in the United States on September 25, 2014
I never cared much for the Hulk, the "huge angry guy" deal just never interested me
and whenever he gained intelligence, it would soon return to the status-quo.
Because of this, Jeph Loeb's announcement of a new, smart Hulk,
but not the ACTUAL Hulk piqued my interest since it avoided the issues of trying to give the proper Hulk smarts.
Loeb then proceeded to send his new creation on a joy-ride throughout the Marvel Universe,
performing one ludicrous feat after the other, this new, promising idea amounting to nothing but a parody of what it could be.
Then Jeff Parker came along and changed all of it.
The book essentially reverses everything about Loeb's run,
featuring a remorseful Red Hulk trying to make something good out of himself
while every ridiculous deed he has ever committed catches up with him,
effectively turning him into an underdog working against the odds,
something that in turn, makes us actually care and sympathize with the big guy.
Jeff Parker's Red Hulk really proves that in the hands of a skilled writer, any premise can become gold.
Read more
5 people found this helpful
Helpful
Report abuse
See all reviews