Red Midnight and millions of other books are available for Amazon Kindle. Learn more 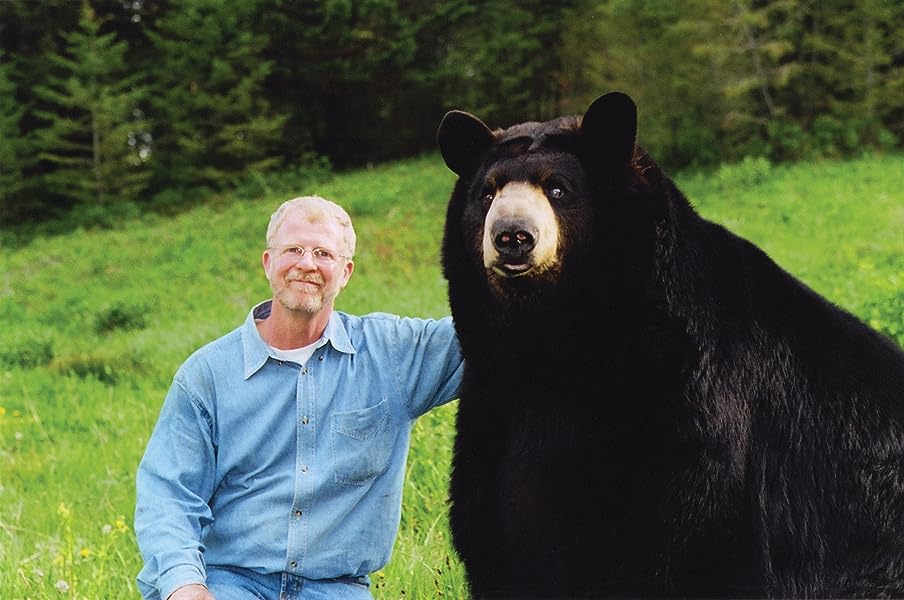 by Ben Mikaelsen (Author)
4.7 out of 5 stars 60 ratings
See all formats and editions
Sorry, there was a problem loading this page. Try again.

“Fans who expect a gripping tale of overcoming dangers, will not be disappointed.” -- Kirkus Reviews

Ben Mikaelsen is the winner of the International Reading Association Award and the Western Writers of America Spur Award. His novels have been nominated for and won many state reader's choice awards. These novels include Red Midnight, Rescue Josh McGuire, Sparrow Hawk Red, Stranded, Countdown, Petey, and Tree Girl. Ben's articles and photos appear in numerous magazines around the world. Ben lives near Bozeman, Montana, with his 700-pound black bear, Buffy.

Start reading Red Midnight on your Kindle in under a minute.

Ben Mikaelsen has won the International Reading Association Award and the Western Writers Golden Spur Award. His novels have won critical acclaim, as well as several state reader's choice awards. These novels include Rescue Josh McGuire, Sparrow Hawk Red, Stranded, Countdown, Petey, and Touching Spirit Bear. His newest book is "Jungle of Bones". Ben's articles and photos appear in numerous magazines around the world. Ben and his wife, Connie, live in a log cabin near Bozeman, Montana, and they adopted a 700-pound black bear that they raised for 27 years.

4.7 out of 5 stars
4.7 out of 5
60 global ratings
How are ratings calculated?
To calculate the overall star rating and percentage breakdown by star, we don’t use a simple average. Instead, our system considers things like how recent a review is and if the reviewer bought the item on Amazon. It also analyzes reviews to verify trustworthiness.
Top reviews

J. Hall
4.0 out of 5 stars Good book
Reviewed in the United States on February 12, 2013
Verified Purchase
This book is engaging and should hold the attention of young teens.

Set in rural Guatemala in the 1980s, the first chapter opens with the massacre of an entire village of indigenous people. Our main character/narrator and his 4-year-old sister are the only survivors. While it is realistic to have them escape, I'm not sure how realistic it is to think a 12-year-old and his 4-year-old sister could then sail from Guatemala to Florida. In the author's defense, he uses some flashback scenes to explain the uniqueness of the boat. (The 12-year-old has at least some experience on the boat, and it was actually designed for long-distance ocean sailing, even though it was small.) And as the story unfolds, the author also includes an adult who travels with them for the first day and coaches the 12-year-old in more sailing skills. Still, it's quite a reach to think this would actually happen.

It is difficult to find stories of war refugees that are appropriate for young adolescents. Most attempts either whitewash the suffering (probably to keep it less graphic) or they tell far too many details (probably to be true to actual events). I find both extremes to be problematic. For my classroom, I feel this book has a good balance of the two.

Twenty-seven years ago, I was working with Guatemalan and Salvadoran refugees. I guarantee the author is sparing us from major horrific details in describing the event. In my opinion, the author presents sufficient information about the massacre to help students understand the severity of the situation without the unnecessary sensational details. And while the massacre was by Guatemalan soldiers, there is certainly no glorification of the rebels whose earlier visit to the village probably led to the massacre.

I'm not sure why the entire book - written from the perspective of the 12-year-old boy - is written with no contractions. It sounds rather stilted at times. I don't know 12-year-olds (from the U.S. or from Guatemala) who speak so formally! I found that a bit annoying.

In general, I would not recommend this book for children who are younger than 11 or 12, and would not recommend it for students who are extremely sensitive to accounts of violence. And the fact that this novel is based on actual violent events makes the violent images more upsetting for some readers.

Overall, the story is suspenseful, adventurous, and ends in a hopeful way. Although the U.S. government supported (with training, supplies, and money) the Guatemalan military during this late period of the Cold War, Guatemala has thankfully returned to a more peaceful existence now. In the epilogue, the author states that he hopes future generations can learn from stories like this and not be so quick to support military actions in complicated situations.
Read more
5 people found this helpful
Helpful
Report abuse

Jade
5.0 out of 5 stars Fine for a cheaper price
Reviewed in the United States on February 14, 2020
Verified Purchase
Came in great shape nothing messed up the reading. I’m happy
Read more
Helpful
Report abuse

Chester Hopkins
4.0 out of 5 stars Plenty of adventure and danger for the young reader
Reviewed in the United States on July 13, 2015
Verified Purchase
I read this book along with my grandson as a required 7th grade read. A eye opening account of the trials and dangers other young people in the world face and a look at strength that youngsters can possess. Plenty of adventure and danger to keep a 12 year old boy reading.
Read more
Helpful
Report abuse

Amazon Customer
5.0 out of 5 stars Glad I stuck with it
Reviewed in the United States on February 3, 2018
Verified Purchase
A little slow and painful to read with two young children on a difficult and dangerous journey but comes together at the end
Read more
Helpful
Report abuse

RO
5.0 out of 5 stars red midnoght
Reviewed in the United States on September 19, 2018
Verified Purchase
I think this book is good because it was from my very own country Guatemala I recommend this book to grownups and children above 10-year-old it was a great book
Read more
Helpful
Report abuse

Starling D. Loch
5.0 out of 5 stars So far from home
Reviewed in the United States on May 20, 2013
Verified Purchase
I loved this book it is so out done. I will always remember this book because it will make me think of all of the positive things in life, I love this book and I'm going to be telling all my friends about it. And even some of my teachers because I know that they will love this book
Read more
One person found this helpful
Helpful
Report abuse