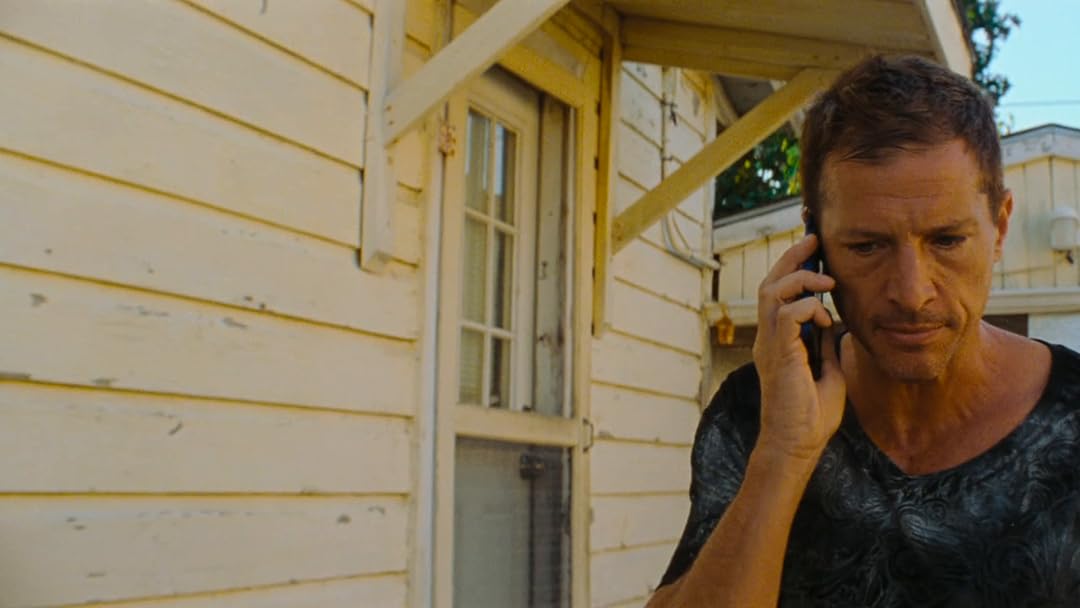 Played over the backdrop of the 2016 election, we hear Trump's voice ranting about potential rigged elections. The parallels with real life are clear, as Mikey whines about the consequences of his actions before he's run out of town as a pariah.

The film is laugh out loud funny, beautifully shot, and brilliantly layered.
9 people found this helpful

SharonReviewed in the United States on March 12, 2022
1.0 out of 5 stars
Not a comedy
Verified purchase
Movie description said this was a comedy- Personally I did not see anything funny at all about it. Unless you think loser men who treat women badly is funny
10 people found this helpful

Robert HayesReviewed in the United States on March 28, 2022
5.0 out of 5 stars
Wow, what a ride!
Verified purchase
I think the only thing I'd seen Simon Rex in prior to this was a godawful National Lampoon movie with Paris Hilton. Come to find out he's actually pretty talented given some good material. This is a plot you've seen dozens of times before, but for whatever reason things hit harder and feel a little more real when you focus on Middle America types. The stakes are a bit smaller, and the end result is more soul-crushing. I noticed some DNA/influence from other films like Shampoo and A Star Is Born, which aren't terrible influences to have. It's the first movie in a while where I didn't feel distracted because I was riveted by what I was watching, hoping it would turn out different even though that's never how this script plays out. One of the best things I've seen this year so far.
2 people found this helpful

KEITHReviewed in the United States on February 26, 2022
2.0 out of 5 stars
Lack Of Interplay Inhibits Any Drama
Verified purchase
Mikey Saber has come to Texas to see his ex-wife Lexi. Straight off, there isn't much to spurn our imaginations about these characters. The movie "Red Rocket" is focused on the character of Mikey Saber(played by Simon Rex). Mikey is energetic but, he has a narrow interest in himself. The movie doesn't make this trait a part of the tale itself, and as a result, the other people around Mikey serve to either prove the things that Mikey states, or to end up being on the end of some snubbery or abuse.
The cinematics involve a sprawling orientation of flat land in different sun settings. This is Texas and even in the thicket of buildings one can see for miles around. Perfect spring green lawns and telephone towers are spied in narrowing lanes. This is the setting now common to many rural dramas. An outback town that is below economic standards. There are parks, there are homeless. The tenants watch courtroom tv or day time talk shows. When Mikey confronts Lexi, his ex, she wants him off of her property. Mikey further imbibes this sustained grittiness by emphasizing the trouble he has had in the past-"...close to getting shot".
Mikey isn't a criminal. He is a porn star in blood. He has a specific philosophy about what he wants out of life and that's absorbing because we follow Mikey and appreciate his situation and the outlook he has. The 'anti-drama', the element intruding into the dream is 'Strawberry', or Raylee (played by Suzanna Son) who enters into Mikey's life. She's profligate. Not in a dumb way, but she has casual preferences about pleasure and how to recieve it. Raylee is beautiful, in a liberal Texas image -strawberry lips, freckles, lovely pale round face.
Mikey and Strawberry meet at the doughnut shop. Mikey keeps at making rounds, eyeballing Strawberry. Eventually, they discover each others passions, and Mikey thinks that Strawberry is a talented young woman, a dart, a burgeoning flame for the camera,for those who are as sensual as these two. Before I go on, Mikey also tells Nash, Strawberry's young boyfriend, not to see her anymore. In the following scene, Nash and his parents arrive at the donut shop and confront Raylee, or Strawberry. They end by beating up Mikey.
The more Mikey is 'criticisized' the prettier Strawberry becomes. We learn enticing tidbits of information about the'biz', but one also knows that Mikey doesn't have any aspirations for the future other than making Strawberry his partner. When Lexi starts complaining about Mikey Saber in a furtive way, Mikey comes back and rebukes her with a good point, the money needed for rent, or a piece of advice she needs to hear. Mikey and Strawberry are going to Strawberry's parents home-alone-for some fun. Mikey is enthralled about discovering a natural porn actress-a star, "She's...this is like a Jenna Jameson....Sasha Grey level find." The viewer doesn't witness an unfolding drama, nothing is going beyond Mikey's perspective.
"Boogie Nights", a film about the pornography industry, not just the struggles of one man, had a vision. "Red Rocket" is joined to the perceptions of a single person, who, in many ways is arrogant and locked on his physiologic quotas. Towards the end of the movie , the zone is mired with a little skepticism. A sequence which seeks to illuminate "Red Rocket", but there is no devolving aura of feelings or moods. These are just whimsical actions, done well, but Mikey has to resolve the film for us.
One person found this helpful

Big Bad JohnReviewed in the United States on May 31, 2022
4.0 out of 5 stars
Raunchy and Wonderful
Verified purchase
On the good side, a sympathetic portrait of small-town Texas life. The sets are gorgeously dilapidated and the main characters woefully uneducated. You can smell the rot! If you want to know why some Americans don't give a darn, this film will lift the blinders from your eyes for real. The acting, writing, directing, etc, are also first-rate.

On the other side, how do you feel about full-frontal nudity, sex with an under-aged girl, and a mouthful of nasty language? If you can handle the raunchiness, you'll love this film. I found it disturbing because it effectively illuminated my darkest instincts.
One person found this helpful

Charlene B. CroweReviewed in the United States on June 7, 2022
5.0 out of 5 stars
Actually a very entertaining flick.
Verified purchase
Surprisingly funny and serious at the same time. The predator and the innocent. Always looking for that next big ticket to make your fortune on. Not tht he truly cares. He doesn’t care who is destroyed as long as he gets what he wants. The narcissistic guy tht always uses people, never grows up, never assumes responsibility, always broke, and is losing his charm. But he can spot a victim everywhere he goes. Adults see him for what he is, and steer clear. Young impressionable minds are vulnerable to him and he’s uses tht to his advantage. Enter the dreamer. Another life destroyed.
One person found this helpful
See all reviews
Back to top
Get to Know Us
Make Money with Us
Amazon Payment Products
Let Us Help You
EnglishChoose a language for shopping. United StatesChoose a country/region for shopping.
© 1996-2022, Amazon.com, Inc. or its affiliates