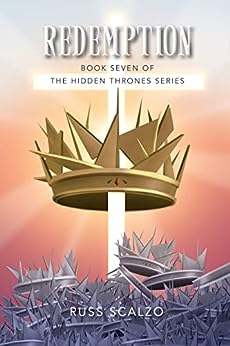 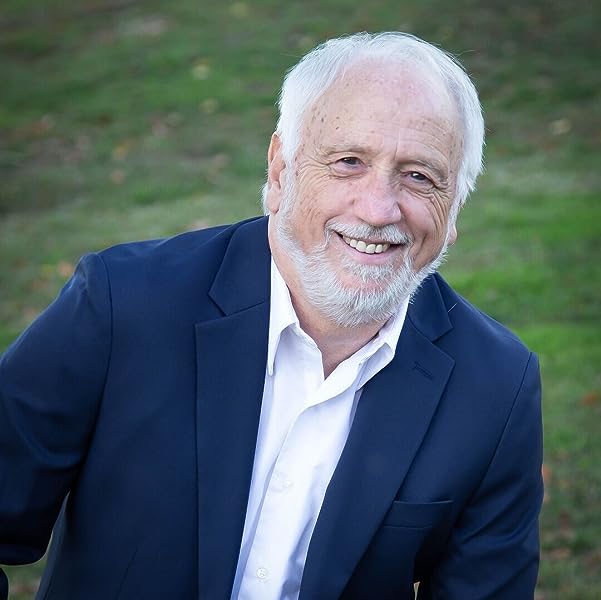 by Russ Scalzo (Author), Shannon Ehrola (Illustrator) Format: Kindle Edition
Book 7 of 9: Hidden Thrones
See all formats and editions
Sorry, there was a problem loading this page. Try again.
The power struggle has broken out in the open. Jack, Emily, Frank, and Danielle are fighting for their lives. President Wellsenburg has initialized his plan to eliminate all who oppose him. Biblical signs are being fulfilled daily. Authoritarian governments everywhere are cracking down on religious freedom. Lawlessness and disorder are tearing society apart as the world system readies itself for the coming antichrist. The rise of the Babylonian church described in Revelation has many changing their allegiance. Mainline churches everywhere have abandoned the Bible and preach apostasy. Yet, in the midst of it, the Holy Spirit is sweeping across the world. Millions are coming to Christ. Could this be the beginning of the end? Only God knows.
Read more
Previous page
Next page

Next 3 for you in this series See full series
Total Price: $17.97
Books In This Series (9 Books)
Complete Series
Hidden Thrones
Kindle Edition
Page 1 of 1Start OverPage 1 of 1
Previous page
Next page

Russ Scalzo is a Christian novelist and musician. In the 1960s and '70s, Russ was the frontman for The Hallmarks, a band popular along the Jersey Shore. At age 17, he wrote Soul Shakin' Psychedelic Sally and signed a record contract with Mercury Records. They debuted the song on Dick Clark's American Bandstand on October 7, 1967. Russ and the band's future were suddenly and dramatically changed when mentor, friend, and record producer Tommy Falcone tragically passed away at 39 in February 1970.

Russ wrote 12 songs for a new album that, unfortunately, never saw the light of day. After a dramatic life-changing experience with Jesus Christ, Russ went from performing in bars and clubs in the early '70s to ministering in churches and touring the U.S. and Canada with his Christian band, Saved By Grace. He has written too many songs to count, including music for six original full length musicals that are currently being transformed into graphic novels.

In a fantastic twist of events, nearly 50 years later, the Numero Group record company released the 1969 10 song recording of Paper Sky on August 17, 2018.

Russ is the co-founder and president of Lighthouse Productions, a non-profit Christian publishing and media company based in New Jersey. An elder in his church, Russ, has served as a worship leader, bible teacher, and counselor for over forty years. Many of his personal experiences inspired his new 9 part series, Hidden Thrones. Russ firmly believes understanding the spiritual world around us is vital to our success as followers of Christ.

Russ and Stevie Mamchak united their expertise and talents to write the final two books of the series, hitting at the essence of our lives now and a time that may soon be upon us. Russ is a frequent lecturer in Biblical Prophecy and brings a lifetime of technical expertise to a story he believes may well be the substance of tomorrow's headlines. His podcast "Chronicles of the End Times" can be heard weekly on iTunes, iHeart Radio, Amazon Music, and many other podcast channels.

Russ currently lives with his wife, Gail, of fifty years. He has three beautiful daughters and is a grandfather of five.

Ellie Jensen
5.0 out of 5 stars A BRILLIANT series of books!!!
Reviewed in the United States 🇺🇸 on October 5, 2022
Verified Purchase
Just finished “Redemption”, the last book in The Hidden Thrones series, and I have tears of both joy and sorrow at the same time! Couldn’t put it down during the 3 days it took for me to read it, but also had SUCH a hard time knowing it was ending in the last pages! It was full of truly frightening situations wrapped up in a story made to “tee-up” the truth of God’s Word in the 66 Books of the Bible. And as you will read, the story is BRILLIANT! It’s engrossing and makes your heart beat so fast at times. You feel for and want to protect these characters whom you grow to care for so much after reading the 7 book series. We know them; we love them, we are fighting for them/with them. Cannot WAIT to read the entire series AGAIN! Russ Scalzo is truly anointed!
Read more
Helpful
Report abuse

Musicmamoo
5.0 out of 5 stars excellent!
Reviewed in the United States 🇺🇸 on November 6, 2022
Verified Purchase
I’m ready for the next! I’m ready for the rapture too! Wonder which comes first! A must read! The whole series!
Read more
Helpful
Report abuse

chulal76
5.0 out of 5 stars A must read!
Reviewed in the United States 🇺🇸 on September 25, 2022
Verified Purchase
I have read all the Hidden Throne series and I love each one of them! Makes you really see the true battle that goes on in the spiritual world, how we should ALWAYS be armored with God's armor, praying always! I highly recommend reading this series you won't regret it! God bless!
Read more
Helpful
Report abuse

Kindle Customer
5.0 out of 5 stars Best well rounded apocalyptic genre I've ever read.
Reviewed in the United States 🇺🇸 on September 12, 2022
Verified Purchase
A problem with the Apocalyptic Christian Genre is that the books sometimes read as a war against liberals instead of a battle against evil. What I love about this series is that it doesn't reads this second way, emphasizing prayer as a Christians weapon against evil. Reading this series always inspires me to pray harder to get closer to God.
Read more
Helpful
Report abuse

Tykwondo Caldwell
5.0 out of 5 stars The best
Reviewed in the United States 🇺🇸 on September 13, 2022
Verified Purchase
I have read this in 2 days and I'm pretty happy that the end was just the way it was to be! I now have read all of these books and say aman! May it be like this for the real life time!
Read more
Helpful
Report abuse

Ted B.
5.0 out of 5 stars great series
Reviewed in the United States 🇺🇸 on September 17, 2022
Verified Purchase
I have read all the books and I read the first six twice, so that is a pretty good recommendation. These are well worth your time and money. The best series I have read in a long time.
Read more
Helpful
Report abuse

ASavvyCatt
5.0 out of 5 stars Wow....!
Reviewed in the United States 🇺🇸 on September 15, 2022
Verified Purchase
I have waited a long time for this book. Can not express what a great read this series has been.
This guy can write. Outstanding
Read more
Helpful
Report abuse
See all reviews
Report an issue
Does this item contain inappropriate content?
Report
Do you believe that this item violates a copyright?
Report
Does this item contain quality or formatting issues?
Report