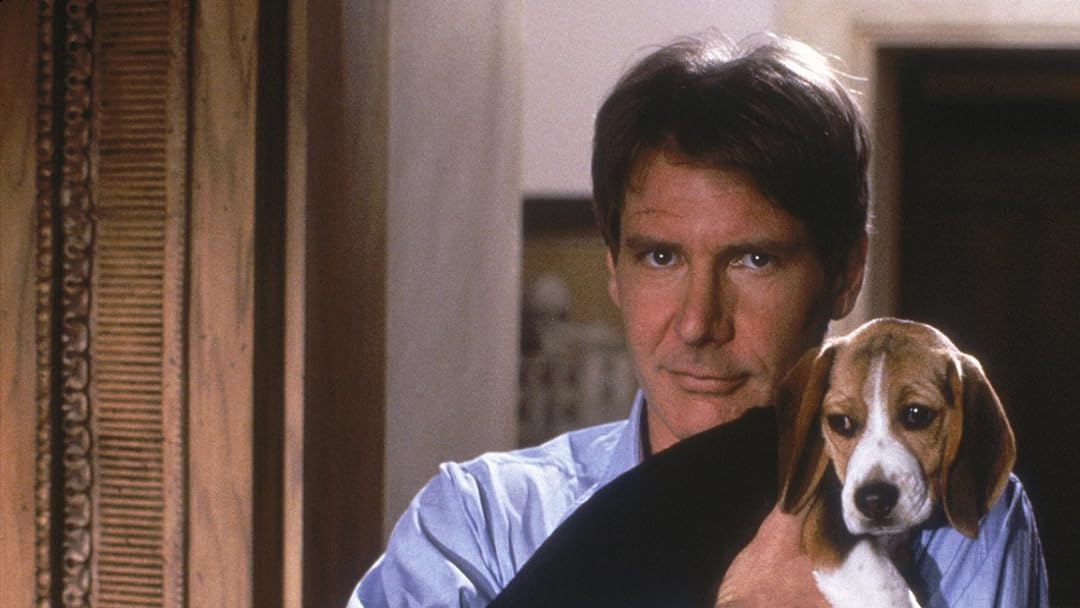 (2,605)6.71 h 47 min1991X-RayPG-13
When a ruthless corporate lawyer is critically injured in a violent robbery, his recovery provides him the opportunity to start over, gain a new friend and most significantly, repair his tattered relationship with his family.

ldemarReviewed in the United States on September 5, 2020
5.0 out of 5 stars
we no longer live in a world that would let this love survive
Verified purchase
a world that values human kindness.

a world where the family of a victim of injury like this can survive.

the world is now just dog eat dog and if someone bends down to help another the next guy will run them both over.

but THIS is what it means to be human. THIS is what makes life actually worth living. To know that there is at least one person on earth that you would risk everything for just the chance to pick them up even if the effort was sure to weigh you down, weigh you both down and yet to go down together was preferable to leaving them behind.

were you even aware that your doctor can deem you futile and just stop helping you? and the above federal investigation is about them NOT even TELLING YOU they have no plans to help you while you are laying there drugged out of your mind telling yourself "well, they MUST know what they are doing." and they DO know what they are doing - it's only YOU that doesn't know what they are planning. and in reality, it's a little bit more than just not helping you or your loved one - you'll notice your loved one suddenly getting MORPHINE for gastric distress - goggle: nbc bay area news terry panepinto state investigates death.

....and of course, you only really learn this lesson the hard way because it's so hard to believe average looking people would participate in...

i lost a daughter to this profiteering horror fest and you just dont get over it, especially if you figure out just why your loved one is gone - so beware

seaweed02Reviewed in the United States on February 1, 2017
5.0 out of 5 stars
WONDERFUL MOVIE AND HARRISON FORD WAS GREAT FOR THE PART
Verified purchase
this is an excellent movie about a man who was once a not so nice lawyer and how something awful can turn his life around
its a sad thing to happen to a person but it changed him into someone he didn't like for the better
as someone else mentioned also its amazing when your so called friends are not your friends anymore when something tragic happens to you
loved the movie
40 people found this helpful

wakeupdeloresReviewed in the United States on June 10, 2017
5.0 out of 5 stars
This movie is so sweet on so many levels
Verified purchase
This movie is so sweet on so many levels! I have watched it several times. It is made well and the entire cast shines. The story never gets cliched or convoluted, tiresome or olde, thanks to good direction, production and an outstanding screenplay. The story line is very well balanced as is the narrative pace and editing, and is beautifully shot---easy on the eyes to watch. I highly recommend this film to everyone. It remains timeless in its scope and range. A film I will definitely watch over and again.
25 people found this helpful

Amazon Prime ShopperReviewed in the United States on August 31, 2017
5.0 out of 5 stars
Poignant Story starring Harrison Ford
Verified purchase
This is a story about the human condition. Henry, a prominent cut-throat unconscionable lawyer, had unfortunate mishap with a gunman during a robbery at convenient store. He was significantly injured and lost his killer instincts in this incident. After lengthy recovery and his personality and the understanding of the world has changed while relearning how to eat and speak. Harrison Ford portraits the innocent loving and understanding human husband he can be, once his killer instinct is gone. One of my favorite Harrison Ford movie. Great opportunity to watch this movie again after so many years. This is movie is much better than Mosquito Coast and Working Girl.
17 people found this helpful

Alex AntoniniReviewed in the United States on March 23, 2014
5.0 out of 5 stars
uplifting!
Verified purchase
My fiance was involved in a serious car accident about a year ago and suffered a traumatic brain injury (TBI) - When casually talking about it to a doctor friend of mine she recommended that we watch this movie together. Before the accident, Harrison Ford was always one of my fiance's favorite actors so he was looking forward to watch it and he absolutely loved it. He "connected" with Jack, the main character, through most of the movie and opened up about symptoms and feelings he had never or could never explained to me. The symptoms "Jack" suffered as a consequence of his injury, specifically damage to his frontal lobe and anoxia, are in line with the real symptoms TBI victims experience and that unfortunately, my fiance has continuously experienced to this day. After witnessing and learning enough about TBI, I have to say that Jack's case is somewhat unrealistic and less likely to happen in real life but many cases have been reported that injuries of this sort may in fact bring on positive changes on an individual's personality and behavior. And I remain hopeful. I see small improvements taking place every day so why lose hope? Although it's not considered a major Hollywood Blockbuster, it is indeed a well-acted, well-written and well-directed film. Ford does an amazing job portraying Jack and so does Annette Benning as his wife. Basically, the movie is a reminder that sometimes tragedy strikes as a wake up call for improvement and necessary changes in your life. It gives you hope that a near-death injury, with very real possibly permanent physical, neurological, and cognitive changes or impairments may turn out to be a blessing in disguise. The message is clear: don't ever lose hope - anything can happen and always look for the positive aspect of every situation. I highly recommend this movie especially to those who have had a loved one suffer a TBI...it is insightful and uplifting.
94 people found this helpful

Kindle CustomerReviewed in the United States on December 24, 2018
5.0 out of 5 stars
Love this movie.
Verified purchase
Saw it as a kid and liked it then. Saw it a second time as an adult after having some neuro-trauma/injury and related more to the physical therapy and occupational therapy scenes this time. It is a feel-good movie and the Harrison Ford's character's hair just gets better as he recovers from his injury--from slicked back and kind of slimy looking to the usual, froofy hair that I'm used to from most of his other movies. Add a cute daughter and some David Lynch-esque music from that era and this movie is a multi-layered delight.
8 people found this helpful

J. WestReviewed in the United States on July 15, 2021
5.0 out of 5 stars
"One Of Harrison Ford's Classic Movie Of All Time!"
Verified purchase
I rented this for my fiance but I haven't seen this for a while. It cracks me up when Henry and his daughter Rachel go inside the library. Henry crushes paper in a ball and flicks it with his finger at Rachel three times. It cracks me up a lot. Also Henry accidentally goes to a adult theater but his reactions makes me laugh. Henry's nurse maid is a guy and he helps him getting better but the nurse maid flirts with women. That makes me laugh too. But the true storyline was very moving and emotional that Henry wants his new life with his family back. Great film to watch it over and over again. Highly recommended.
One person found this helpful

CarolReviewed in the United States on October 26, 2018
4.0 out of 5 stars
One of Ford's Best
Verified purchase
We love this movie and have watched it many times. Ford couldn't be better. I've never liked Annette Bening, but Harrison Ford and the young actress who plays his daughter more than make up for her lack of sparkle on the screen. Ford is a hard-nosed lawyer who is shot during a robbery and loses his memory and movement, and his little girl is all he needs to become the decent human being that was inside all along. Great film.
5 people found this helpful
See all reviews
Back to top
Get to Know Us
Make Money with Us
Amazon Payment Products
Let Us Help You
EnglishChoose a language for shopping. United StatesChoose a country/region for shopping.
© 1996-2021, Amazon.com, Inc. or its affiliates