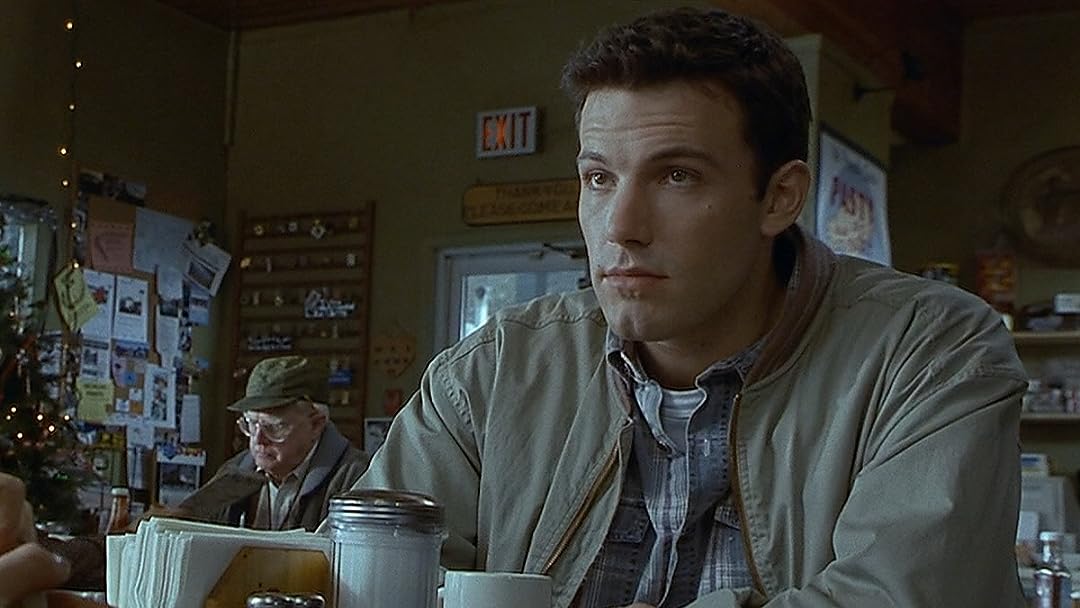 (1,136)
5.81 h 44 min2000R
HD. A recently released convict takes on an assumed identity, only to find himself caught in a web of deception and a dangerous casino heist.

joel wingReviewed in the United States on November 28, 2020
3.0 out of 5 stars
It's not about the heist but what the characters will do to each other
Verified purchase
When Ben Affleck is released from prison he poses as his dead cell mate to get his pen pal girlfriend played by Charlize Theron. It turns out she’s got a psychotic brother played by Gary Sinise that wants Affleck to help him with robbing a casino.

The writing is a bit up and down. There are a few twists but the first one is easily predictable. Then you expect the rest of the story to be a letdown but it actually gets better. There’s plenty of tension between Affleck and Sinise. Theron isn’t just the worried girlfriend. The plot turns out to be more than just the heist but what the main characters will do to each other. Overall it turns out to be a pretty good crime flick.
C

Darrell D. MartinReviewed in the United States on December 26, 2020
4.0 out of 5 stars
Knock If Off With the Growling Diesel Truck
Verified purchase
It's a good movie. Gary Sinise is the most under rated actor ever. As far as the title to my review, am I the only one who notices they dubbed in the engine noise for the tractor trailer they're driving? It sounds like a fake lion growl. I guess they wanted it to sound menacing, or add to the evil of the plot or whatever. But it was so distracting to me. Otherwise, if you want to escape and have extra time and love to see Charlize Theron topless, go for it. Afleck's acting was good enough I guess. Anything is better than Daredevil. One of only 3 movies I've ever walked out on in the first ten minutes.
3 people found this helpful

HonestyReviewed in the United States on July 23, 2021
2.0 out of 5 stars
Boring movie, didn't match photo, was damaged
Verified purchase
I ended up getting this "exclusive director's cut" version. Okay, cool. The movie is 2 hours 4 min vs the original 1 hour 44 minute. But then I realized, the movie is so much more boring then I had remembered. 90% of this movie is just talking, not action. Not a whole lot happens for this movie to be so long! And my movie case arrived damage, even the back of it has a rip in the plastic and paper where the movie description is. Seeing as it was cheap and I don't want to go through the hassle of a return I will keep it, but really disappointed over all.

Aaron Michaels.Reviewed in the United States on July 7, 2021
3.0 out of 5 stars
Liked
Verified purchase
Ben Affleck is attractive and cute, the film itself is interesting and has some action scenes in it, I liked the story, the director or maker seems to be a very talented character and it shows, there is a spark in this firm that has the creator's hand. I liked it, its fun, there is a few thills and its interesting....

Inquiring MindsReviewed in the United States on March 30, 2019
1.0 out of 5 stars
Mayhem and Murder at its worst - Decent acting - ridiculous plot
Verified purchase
Ben A. has done much better at selecting his scripted roles - but everybody has to start at the bottom - and this is it folks.
If you have a fascination for Stephen King and the like - then this is the one for you. It mimics too many other trite plots to have any outstanding merits except for a few twists and turns. Save your money and go to Dairy Queen instead - you'll fell better in the morning
One person found this helpful

D. RobertsReviewed in the United States on July 7, 2001
5.0 out of 5 stars
Let the games begin
Verified purchase
If you're looking for a suspenseful, entertaining flick to watch (particularly around Christmastime), then this movie might be for you. It's the first movie I've seen in a long time that actually kept me guessing.
The cast features two top notch performers in Ben Affleck and Charlize Theron. The rest of the actors are OK, but are more-or-less afterthoughts to this standout tandem. Affleck is an emerging star who possesses a commanding screen presence normally only afforded by older, more distinguished actors such as Sean Connery & Ed Harris. Theron proves to be his theatrical equal as she performs with an acting dynamic and erotic allure not seen since Marlene Dietrich.
If you want a film that will stand up to extensive cinematic scrutiny, then this film is probably not for you. However, if you want a movie that you can sit back, relax & enjoy, then you can't do much better. Just seeing Affleck & Theron on-screen at the same time is worth the price of the DVD. That it takes place in my home state of Michigan is also an added plus. 8-)

Wyatt painterReviewed in the United States on May 7, 2022
1.0 out of 5 stars
Great cover. Different movie
Verified purchase
After a long day at work I was delighted to find it had arrived. What I did not expect was to open a case to a so bad it’s good movie and find stargate. Guess now I have a anniversary edition?

crash517Reviewed in the United States on April 15, 2018
5.0 out of 5 stars
The director's cut is better than theatrical version
Verified purchase
I had to buy this because I had only seen the theatrical version & wanted to see the director's cut. The director's cut is definitely better than the theatrical cut.
5 people found this helpful
See all reviews
Back to top
Get to Know Us
Make Money with Us
Amazon Payment Products
Let Us Help You
EnglishChoose a language for shopping. United StatesChoose a country/region for shopping.
© 1996-2022, Amazon.com, Inc. or its affiliates