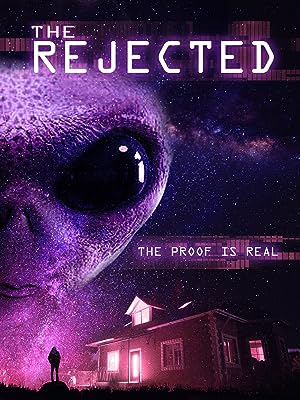 RebeccaReviewed in the United States on September 29, 2020
1.0 out of 5 stars
Hated this boring film
Verified purchase
This movie is BORING. So boring. Many scenes of literally nothing but static or of NOTHING happening. You’ll have minutes of watching nothing. I’m not joking. You are looking through a fallen or stationed camera and nothing is happening except maybe hearing some noises.

The split camera effect is distracting and not well done especially since one side is red and the other screen is white. Your eye naturally wants to track left to right but nothing is happening so you have no idea where to look. And then when something finally happens, you have a millisecond to find out which camera to look at. Also, it’s blurry. Too much distortion and static on camera that makes it even harder to see anything.

The actor is very bad. He speaks strangely as if he’s narrating a ‘How it’s made’ video. He obviously uses eye drops to make it look like he’s crying. His face and voice don’t really show any emotion of fear, anger, anxiety— I can’t stand him.

This movie is not worth $2.99. It’s not worth your time either. It’s too bad because the premise is interesting. I suggest using a director from YouTube’s Alter or CryptTV to remake this film.

IM****Reviewed in the United States on July 29, 2020
1.0 out of 5 stars
An hour long movie that could've been shortened to 30 minutes.
Verified purchase
I'll get right to the point: this movie is boring. I love a nice found footage film but this one had me groaning and rapping my fingers. There are lots of scenes with absolutely nothing happening; one scene of showing his empty bedroom went on for 5 minutes. 5 minutes, I actually watched the time stamp to confirm I wasn't losing my mind. During those times, I actually fast-forwarded just to get to something interesting that didn't include a static scene of a bed and a wall. At least the Paranormal Activity movies sped up those types of scenes. Also, the amount of film grain in the movie was atrocious and the acting was pretty flat and felt like it was last minute. You have better things to do with your time: avoid this movie.
5 people found this helpful

JillianReviewed in the United States on January 17, 2020
4.0 out of 5 stars
Entertaining film
Verified purchase
Interesting video of a middle aged man who documents his experience alone. Apparently, the filming takes place around the holidays because the lights and decorations are out. Why does a single middle-aged man decorate such a large Christmas tree? Anyhow...In my opinion, I do not think that this film is 100 percent authentic. I’m leaning more towards the video being dramatized and a bit fake since there appears to be some flaws. However, this film is somewhat entertaining, hence the four star rating. In my opinion, this guy appears to be a bit over dramatic and a tad hysterical, which makes me question his sanity. He also screams Out Loud, ”What do you want from me!?” Hmmm...Sounds like he’s more of an actor reading a line from some horror or sci-fi script...I know this sounds crazy when I blatantly state this but, I’m going to state my opinion anyway, I’m not surprised he wasn’t mentally controlled to shut up by this so-called entity unless it is actually fake, or whether or not this malevolent, sadistic entity enjoyed the pure pleasure of toying with his prey. I mean...who doesn’t like a little late night thrill of the game of hide and seek? I kept thinking to myself, where’s the entity??? Additionally, the video was quite difficult to see clearly since it had various interferences that took place while he was filming himself. Of course, I understand how that may happen due to other reasons but it can limit your view of things, including the glitching of the microphone near the end. For instance, it’s the typical ending of a horror flick when the sound is hard to hear while one of the most important questions is asked. I don’t know where this video was filmed...perhaps, I’d have to watch it again to see what the other houses looked like etc. to find out. The ending is unclear whether or not there is an alien whom appears to be standing in a doorway of a ”spaceship”. Keep in mind, anyone can make a realistic video appear to look realistic, but that doesn’t conclude that these types of events don’t take place. Of course, oddities exist and we don’t have all the answers. Humans are limited to their senses to a certain extent.
Personally, I’ve encountered some of these strange occurrences, and it is absolutely terrifying while it occurs; mainly, due to how the laws of physics do not apply during these circumstances.
4 people found this helpful

David AdkinsReviewed in the United States on October 5, 2020
1.0 out of 5 stars
Please do not waste your time...really, just don't.
Verified purchase
While this is a standard found footage alien abduction movie it's problems come down to pacing. Even though it is only an hour long it feels much much longer. There are large swaths of time where absolutely nothing happens, you just watch static. I can forgive some below average acting, and generic dialog, some of that is to be expected in low budget found footage, but boredom is an unforgivable sin in a horror or sci fi film. So take my advice. Watch virtually anything else, like grass growing or water reaching a slow boil, bothbwoild be more satisfying than this.
4 people found this helpful

juju5406Reviewed in the United States on September 2, 2020
1.0 out of 5 stars
I’m Embarassed for Amazon
Verified purchase
This was such an obvious piece of BS. FYI aliens don’t open doors, they go thru them. This guy doesn’t have a job? Acting was terrible. He was drowning in glycerin when he was supposed to be crying. I knew that there would be a disclaimer at the end about the guy’s whereabouts.
3 people found this helpful

H manReviewed in the United States on December 14, 2020
1.0 out of 5 stars
1 point total. Terrible.
Verified purchase
Clearly an amateur attempt at a Paranormal Activity wannbe. The actor was reading boards off camera. I could see his eyes wandering to the side to read his "ahem cough cough" script. Soon my eyes began to wander as well eventually rolling up into my head. I didnt make it to the end.
One person found this helpful

Michele RomanoReviewed in the United States on May 3, 2018
2.0 out of 5 stars
Disappointment
Verified purchase
This movie was truely a disappointment. I love found footage films even some of the bad ones. This one would have been better if there was better acting,had more aliens in it,didnt have the shaking footage so much & you didnt have to watch a split screen of 2 cameras.Overall it was kind of boring.A few parts I liked but that just kept me from giving it 1 star.
3 people found this helpful

C.J. AdrienReviewed in the United States on July 4, 2021
1.0 out of 5 stars
I should have played the lottery
Verified purchase
The film is pure drivel. From the second the actor starts talking at the camera, it's evident the whole charade is just that: a charade. I spent two dollars on this thing. I should have spent the money on a lottery ticket. At least that way I would have been entertained.
See all reviews
Back to top
Get to Know Us
Make Money with Us
Amazon Payment Products
Let Us Help You
EnglishChoose a language for shopping. United StatesChoose a country/region for shopping.
© 1996-2022, Amazon.com, Inc. or its affiliates