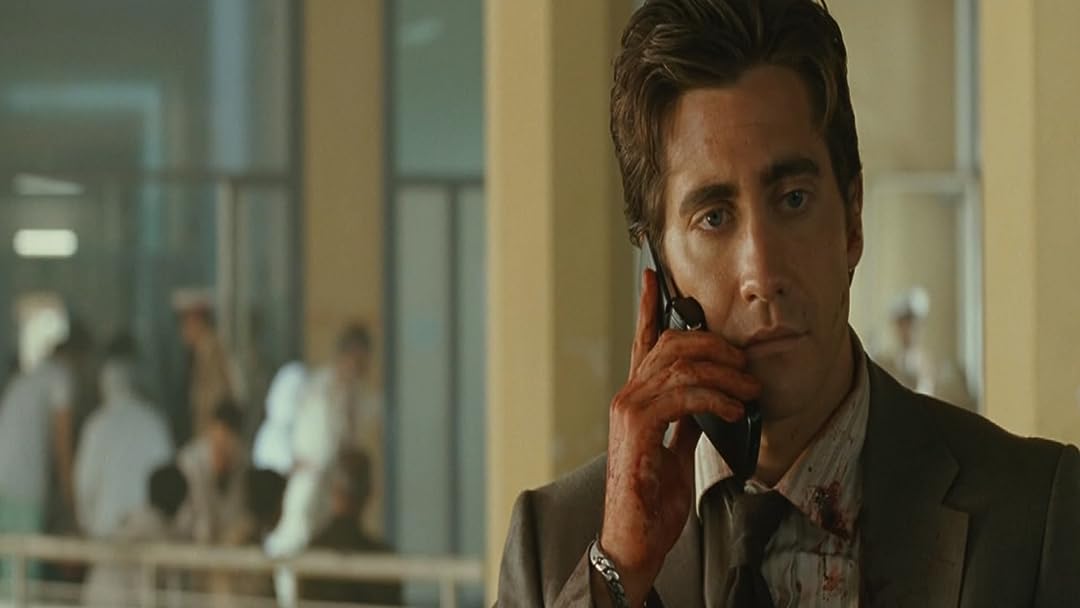 (1,576)
6.82 h 2 min2007X-RayR
A nail-biting thriller about a man who mysteriously disappears on aflight from South Africa to Washington DC and the government conspiracyput in place to cover it up.

ProfessorReviewed in the United States on September 21, 2019
2.0 out of 5 stars
2 1/2 stars: Important topic, but a simplistic movie
Verified purchase
Extraordinary rendition is serious business, and unfortunately, the U.S government does it.

I respect the intention of this film, but I would recommend researching the topic rather than watching Meryl Streep strutting around like a big movie star. I guess it's just me, but I have never bought her in any role she ever played. I can't explain it. Like one professional critic wrote, you're not looking at a character; you're looking at Meryl Streep playing a character.

I just thought this film was silly and simplistic. Maybe I was not in a receptive mood....I just hate Hollywood interpretations of real world issues.

English TeacherReviewed in the United States on September 21, 2020
5.0 out of 5 stars
You Can't Stop Evil With Evil
Verified purchase
I see that this film has received mixed reviews on Amazon. I thought it was excellent. I was completely absorbed in the two storylines and caught up in the very human dramas well portrayed by an all star cast. Jake Gyllanhall and Peter Sarsgaard are good in everything, Alan Arkin and JK Simmons excel in their small roles, Meryl Streep is appropriately cold and imperious as a high level CIA chief and Reese Witherspoon is okay in her role as a stereotypical wife and mother. I was not familiar with the foreign actors, but they were good in their roles as well. Rendition shows how easy it is to misuse government powers and how unreliable information extracted by torture is. You'd think we'd have learned by now that we only create more enemies when we use such methods and so indiscriminately. Recommended.
5 people found this helpful

R. BraunReviewed in the United States on June 13, 2020
4.0 out of 5 stars
Well-Done Movie With an Implausible Plot
Verified purchase
This is a very compelling story with some exceptional performances. The clear political message is that the CIA does horrific things to innocent people in the name of national security. Perhaps they do.

But in this case, an innocent American citizen with a family is abducted by the CIA and horribly tortured. He is eventually released by CIA agent Jake Gyllenhaal who suddenly wakes up to just how wrong this is and notifies the media. But what was the CIA's plan for their captive? Did they think they could torture him into submission and then just lock him up without without a public trial or the media finding out what they had done?
3 people found this helpful

RadleksReviewed in the United States on December 24, 2016
5.0 out of 5 stars
Good and frustrating
Verified purchase
Rendition (2007). Jake Gyllenhal, Reese Witherspoon, Meryl Streep, and Omar Metwally. Arab American husband accepts invite to speak intellectually in Arab nation. US Intelligence screws up, labels him Al Qaeda, and renditions him. (Rendition: sending criminal or terrorist suspect covertly to be interrogated in a country w/ less rigorous regulations for the humane treatment of prisoners. Basically, torture). His wife freaks out because ppl are saying he wasn't on his flight. The rest of the movie is what happens to him and how he gets back. Based on a true story. ⭐️️⭐️️⭐️️⭐️️⭐️️
8 people found this helpful

KerenorReviewed in the United States on July 24, 2018
1.0 out of 5 stars
Two hours of my life and $5 I'll never get back
Verified purchase
Boring predictable abnoxious . Bad Bad Bad CIA, poor innocent tortured victim of injustice who happens to be an Egyptian, his conviently pregnant wife and of course a good hero who saves a day! Two hours of my life I'll never get back will best describe it
10 people found this helpful

LightReviewed in the United States on December 22, 2020
5.0 out of 5 stars
Great plot twist!
Verified purchase
I really liked this movie when it first came out, but had forgotten about a key plot complication that pushes this movie over the edge from “good” to “great”. IMHO a truly great and under-appreciated movie. If you enjoy this genre, it’s a must-watch.
One person found this helpful

Demonhunter05Reviewed in the United States on May 31, 2010
5.0 out of 5 stars
A fantastic movie showcasing the illegal torture and rendition of innocent people!
Verified purchase
This truly was a great movie showing what is wrong with torture and the current U.S. policy of illegal torture and rendition. If you want to know what is really going on in the world, then this is a movie for you. Torturing someone who is innocent will, in turn, get false confessions. This movie shows you how an innocent man tortured enough will confess to anything in order to make the torture stop. We have a lot of problems in the world and kidnapping people and shipping them off to be tortured in other countries is very despicable. If someone is really guilty then they should be tried and convicted; instead, we torture them in an unknown location and we get many false confessions. This truly was a powerful movie. I highly recommend this to anyone. The people who control our government are out of control and extremely criminal. They do not care about the truth or justice. As a side note: most of the major terrorist attacks, if you study them, have been carried out by quite a few of the various countries themselves. Research false-flag terror and you will get an idea for what i am saying.
9 people found this helpful

R. CraneReviewed in the United States on January 27, 2009
4.0 out of 5 stars
Is One Life Worth the Cost of Thousands?
Verified purchase
After the terrorist attack on the World Trade Center on September 11, 2001, several security measures were taken to protect the United States and its citizens. Among them, Congress passed the Patriot Act which gave the US Government unprecedented powers to gather intelligence and pursue terrorists. Rendition is the horrific story of what happens when the process nets an innocent person.

The USG, whose policies oppose any form of torture in this country, sought other means to extract information. Working with other countries whose policies did not ban torture and who were willing to accept these suspected terrorists, the USG sent such suspected terrorists to them. In the process, there was no requirement for due process of law and an individual's rights. Thus, a person could just simply disappear for years and nobody would notify family, friends or legal authorities. The process is called "extraordinary rendition".

The film raises fascinating questions about an individual's rights under such circumstances, vis a vis the safety and future security of our country. Clearly, when an innocent person is caught in this web, we feel horrified, debased and ashamed. But, there are always costs, and if a few individuals are mistakenly tortured when society at large is saved from the greater threat of thousands dying, is rendition an imperfect policy or a necessary strategy to protect this country?

The disc also contains a documentary called "outlawed" which chronicles the real life stories of two men from different parts of the world who underwent such experiences.

The film is beautifully made in the United States and Morocco. Meryl Streep is terrific as the US Government official ordering rendition, as is Omar Metwally, who plays the tortured individual. However, Reese Witherspoon, normally an excellent actress, as the missing man's wife seems to equate being a zombie with acting, giving a very disappointing performance. Jake Gyllenhaal is equally unimpressive as the US Government official assigned to represent the USG during the torture process. The film succeeds despite these two lackluster performances, and is a thriller well worth watching.
2 people found this helpful
See all reviews
Back to top
Get to Know Us
Make Money with Us
Amazon Payment Products
Let Us Help You
EnglishChoose a language for shopping. United StatesChoose a country/region for shopping.
© 1996-2022, Amazon.com, Inc. or its affiliates