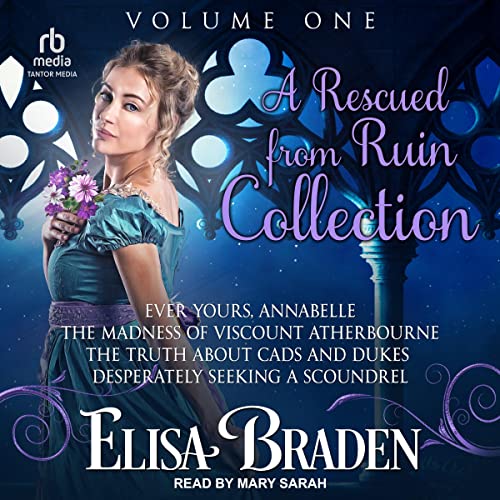 Ever Yours, Annabelle: As a girl, Annabelle Huxley chased Robert Conrad with reckless abandon, and he always rescued her when she pushed too far - until the accident that cost him everything.

The Madness of Viscount Atherbourne: Victoria Lacey's life is perfect-perfectly boring. Surely no one suspects her secret longing for head-spinning passion. Except a dark stranger, on a terrace, at a ball where she should not be kissing a man she has just met.

The Truth About Cads and Dukes: Painfully shy Jane Huxley is in a most precarious position, thanks to dissolute charmer Colin Lacey's deceitful wager. Now, his brother, the icy Duke of Blackmore, must make it right, even if it means marrying her himself.

Desperately Seeking a Scoundrel: Tortured and hunted by a brutal criminal, Lord Colin Lacey is rescued from death's door by the stubborn, fetching Sarah Battersby. In return, she asks one small favor: Pretend to be her fiance. With danger nipping his heels, he knows it is wrong to want her, wrong to agree to her terms. But when has Colin Lacey ever done the sensible thing?

Billy Guess
5.0 out of 5 stars Delightful read
Reviewed in the United States 🇺🇸 on December 17, 2022
Verified Purchase
The characters are entertaining and well developed. I couldn't put the novels down, waiting for what happens next. The perfect blend of humor, suspense, and spice.
Read more
Helpful
Report abuse
See all reviews