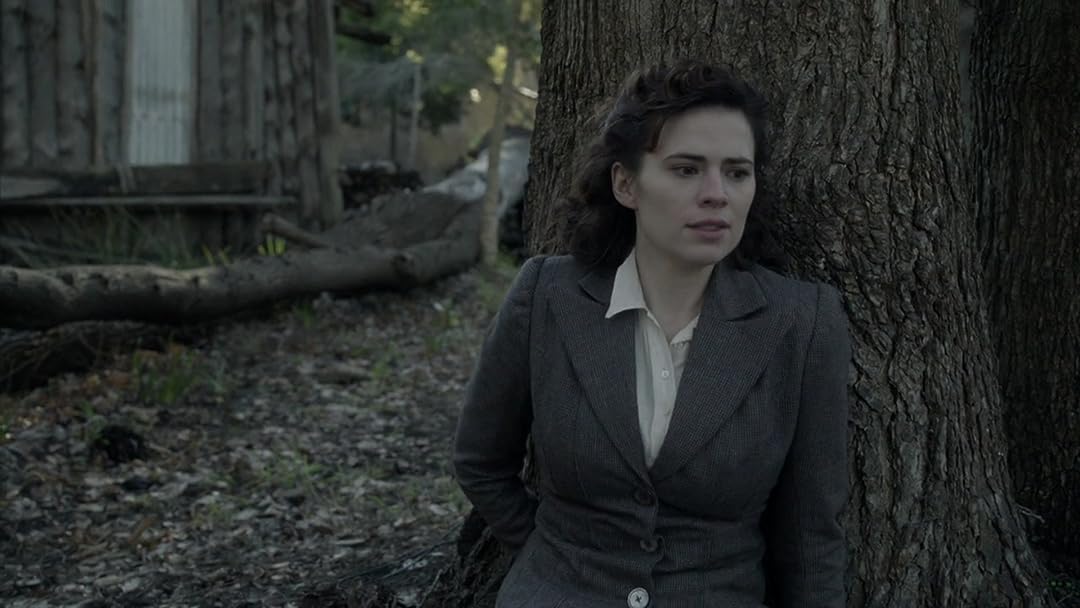 Season 1
(563)
7.1201513+
Based on the bestselling spy novel by William Boyd, this BBC drama is a tale of passion, duplicity, and betrayal. Ruth Gilmartin (Michelle Dockery, Downton Abbey) is stunned to learn that her mother, Sally (Charlotte Rampling, Broadchurch), has been living a double life.

AnyaReviewed in the United States on April 4, 2020
2.0 out of 5 stars
Story Disconnected and Boring...Don't Waste Your Money!
Verified purchase
The Restless...Someone must have been very restless to write this saga. Gee, I don't think you could call this a story, was very disconnected and boring. The acting-mediocre. I realize Michele Dockery (from Downton Abbey) did not have a great role, but was expecting more from her. She seemed expressionless...very poorly done. Charlotte Rampling was the best of the lot, but surely not up to other roles in movies that I've seen. Lucas Romer recruited Eva Delectorskaya for a British Spy Agent in what appears to be a crash course.

Charlotte Rampling, AKA Eva Delectorskaya, who has blue eyes, was played by Haley Atwell who has brown eyes. I think surely casting director could do better than this!

The ending was flat, left you wondering what would be next.

I purchased this because of many good reviews. I watched it because I paid money for it and will not be watching again. Don't waste your money on this one!!

SherlockedReviewed in the United States on March 8, 2018
5.0 out of 5 stars
Wonderful WWII Spy thriller
Verified purchase
I loved this movie. Very twisty intricate story. One thing that made this movie stand out was that the three prominent leads were women--and they were great. Charlotte Rampling and Michelle Dockery were wonderful as usual and Hayley Atwell was amazing. The movie alternates between the present and the past--my favorite way to tell a story. I love espionage stories--especially during WWII and this one satisfies. The movie kept me on the edge of my chair--trying to put the pieces together and suspecting everyone in turn for "not being who they were supposed to be". Very nicely done.
28 people found this helpful

ESSReviewed in the United States on July 2, 2020
5.0 out of 5 stars
Great Show!
Verified purchase
I read the book, and knew that I would want to see the movie. Was not disappointed at all! I thought the acting was uniformly excellent, especially Hayley Atwell. The intriguing plot was well-presented, with the different timeframes quite accurate historically, at least as far as I was able to judge. Had previously seen the movie on tv, and wanted the dvd so that I could watch it again. A good price, too.
11 people found this helpful

Vicki Moore, M.M.Reviewed in the United States on March 5, 2016
5.0 out of 5 stars
I am Restless for the Follow-Through of this Great Show!
Verified purchase
Wow! This is a fantastic show that I highly recommend! I hope that they will do a follow-up. We go into the background of how the first British Intelligence service agents were trained during WWII. Our heroine has many adventures as an agent and then ends up running for her life. The story takes us between past and the 1960's as the daughter of our protagonist becomes involved (Downton Abbey viewers will be pleased!) I really enjoy watching this DVD frequently; when I don't know what to watch, I slip it into the player and enjoy it, even though I have watched it several times. I must admit, this may be more interesting to female viewers than males. But they may be engaged as well! Good job, again, BBC!
26 people found this helpful

Hande ZReviewed in the United States on March 11, 2021
4.0 out of 5 stars
Saved by the actors
Verified purchase
A slow, intriguing WWII movie about what the English seem to do best in that era - spy on their country for Germany, and later, for Russia. A very British film with a superb cast and some excellent performances.
7 people found this helpful

Bruce MillerReviewed in the United States on June 7, 2016
5.0 out of 5 stars
Great story !
Verified purchase
Great story ! I viewed it on the big screen and was able to find a DVD copy through amazon. A haunting tale of intrigue as the retrospective life of a British spy is examined as the result of a perceived plot against her. Acting is superb and the authenticity of the circumstances seems to be recreated as they might have occurred. It was a very entertaining movie, I admit that I did have to watch it a second time to understand the intricate details of the story, but it was enjoyable on both occasions.
16 people found this helpful

ch&ccReviewed in the United States on May 10, 2017
5.0 out of 5 stars
Like Spy Movies? Then "Restless" is for you!
Verified purchase
No doubt, the British know how to do superb spy movies! If you're a fan of BBC spy movies, then you will definitely enjoy the movie "Restless". Without giving away the plot, the story develops in two parts involving a juxtaposition of present and past time frames which are accomplished with high fluidity. I can recommend this film for anyone captivated by WWII spy thrillers.
9 people found this helpful

Audrey KCReviewed in the United States on August 8, 2018
5.0 out of 5 stars
Great story!
Verified purchase
What would you do if your mother told you she was not who you thought she was? Suddenly, the world is filled with shadows and spies as a mother finally tells her grown daughter that she worked as a spy leading up to WW II. Thrills and chills in this gripping story!
7 people found this helpful
See all reviews
Back to top
Get to Know Us
Make Money with Us
Amazon Payment Products
Let Us Help You
EnglishChoose a language for shopping. United StatesChoose a country/region for shopping.
© 1996-2022, Amazon.com, Inc. or its affiliates