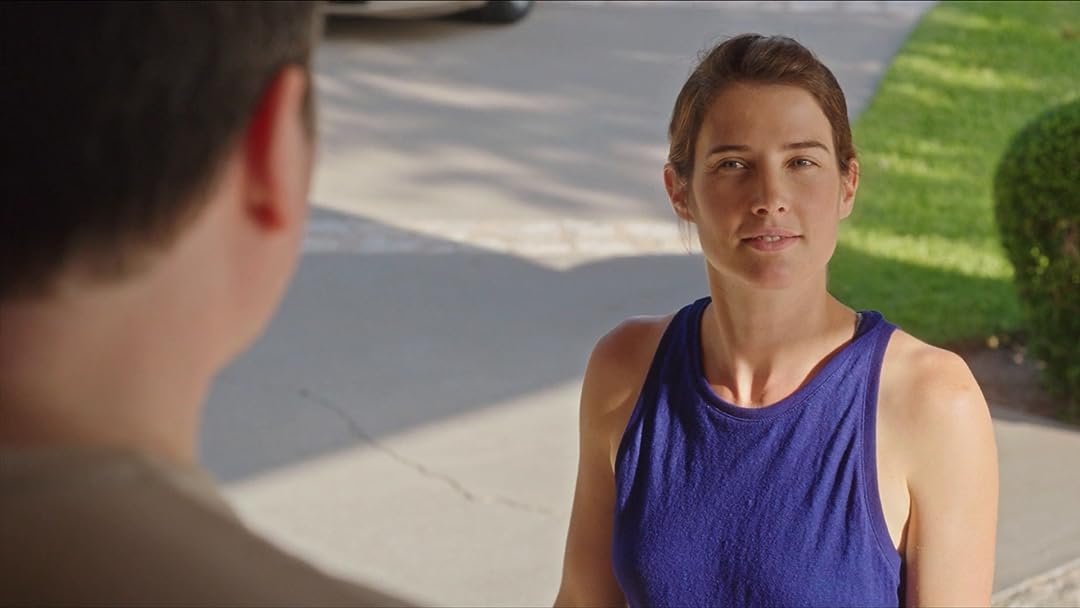 C. HibbardReviewed in the United States on July 25, 2022
2.0 out of 5 stars
Uncomfortable. If that's the intent, they succeeded
Verified purchase
Pretty much sums it up. Not pleasant to watch. At least for me. Not badly acted. Pacing is awkward and slow, or maybe it's the Characters. Characters are not very likeable, but they are believable. Dialog is.. there, not horrible, not great. Mostly a movie with stars I like about people I don't like doing things I am not interested in.

luluReviewed in the United States on June 15, 2015
5.0 out of 5 stars
Repeat Viewing Yields Results
Verified purchase
This was a repeat viewing for me. "Results" gets even better the second time around, because it is a subtle movie with subtle writing, directing and acting, which unearths new insights and pleasures on re-watch.

Watch Danny (Kevin Corrigan) as he tells Trevor (Guy Pearce) that he wants to "learn to take a punch." The low-to-high trajectories and odd body sites where he demonstrates this punching are clues as to why he only wants to absorb punishment without disgrace, not dish it back out.

Watch Kat (Cobie Smulders) when she asks Trevor if it would be fun to do a certain activity together. She's really feeling him out for other information which you can see means the whole world to her, and since she's on the phone she can let her wistful longing show.

Watch Trevor when he impulsively invites Kat to join him on business in a distant Texas town, or when he asks her if that's Danny on the other end of a call. His delight in both cases is palpable and quite lovable.

If you enjoy acting moments like these, "Results" is a feast. Don't expect a heavy-handed multiplex comedy; this is an indie character study with lots of wit but pathos as well. Everybody in the strong cast -- including Anthony Michael Hall as a Russian trainer who is Trevor's idol (despite his philosophy being the exact opposite of Trevor's), Brooklyn Decker as his obedient wife, and Giovanni Ribisi as Danny's slimy lawyer pal -- holds your attention and amuses, even when they are being as impossible and irritating as people are in real life.

And I could watch Corrigan and Ribisi play acting ping pong all day long.

The film can use a little trimming in spots for a faster pace. Sound and music very inventively and wittily help tell the story, though, and the whole project has the pleasurable air of a personal, handcrafted treasure.

Kat is a blatantly gynocentric narcissistic, manipulative liar and the movie scripts it by having Guy Pierces character be attracted to and still want a relationship with the major train wreck manipulative narcissist Kat is. Gross.

I watched it because I like Guy Pierce and fitness. But this movie is atrocious the way is acts like Kat is anything other than a deeply mentally emotionally ugly abusive narcissist who any intelligent person would stay clear of and put her in prison where she and all abusively sexually socially and emotionally passive aggressively manipulative lying females like her belong.
3 people found this helpful

K.F.Reviewed in the United States on August 23, 2021
4.0 out of 5 stars
Quite good!
Verified purchase
It takes a while before the plot comes together and the characters are not particularly likeable, but they have grit, especially the female trainer, who seems rotten to the core. Funny, not in a laugh out loud way, but in a crack a smile and say, yep, that's ironic, and sadly, so much like real life. Well done.
One person found this helpful

Sam BellReviewed in the United States on August 24, 2021
4.0 out of 5 stars
I was a personal trainer and...
Verified purchase
...it was nowhere near as interesting as the stories in this film. I dig the cast and the road to the climax. This is more messy than your traditional romantic comedy. The journey feels more real with the ways the characters act. I liked that about this one. Just my opinion.
One person found this helpful

Yongbing1Reviewed in the United States on August 18, 2021
5.0 out of 5 stars
Great Comedy
Verified purchase
Great comedy. Comedy is technical defines as about the lives of ordinary people. Comedy is the stand up comedian BS. Comedy is an art form distinct from tragedy. Tragedy is technically defined as about mistakes and results thereof of the high and mighty from some fault of personality. This movie was a comedy. One reviewer said they didn't smile once. Well, you want to smile or laugh go watch some stand-up comedian spew some crappy jokes. Besides laughter is not about laughing at something true but laughing at something that is wrong.
One person found this helpful

WastingTimeReviewed in the United States on August 19, 2021
3.0 out of 5 stars
Great Cast. Okay Film.
Verified purchase
Quirky quasi-romcom. Worth a watch if you're a fan of the actors.
See all reviews
Back to top
Get to Know Us
Make Money with Us
Amazon Payment Products
Let Us Help You
EnglishChoose a language for shopping. United StatesChoose a country/region for shopping.
© 1996-2022, Amazon.com, Inc. or its affiliates