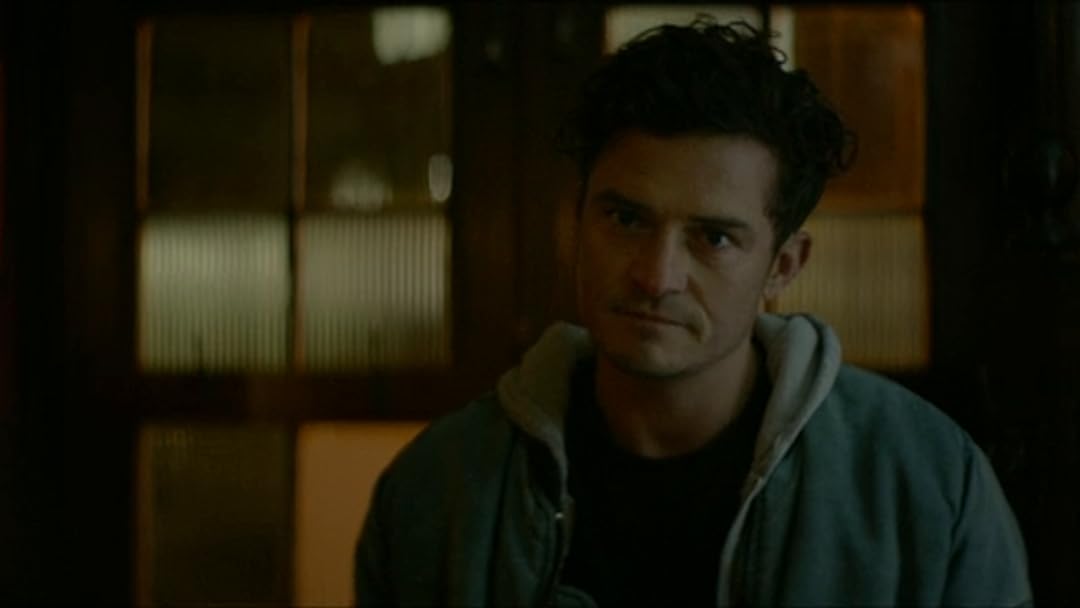 (580)
5.41 h 35 min2020X-RayR
Orlando Bloom stars in this taut thriller about a demolition worker seeking vengeance after he sees the man responsible for a traumatic childhood incident.

CrankyermaReviewed in the United States on November 10, 2020
2.0 out of 5 stars
Boring, self indulgent, actory, vanity project.
Verified purchase
This film is advertised as an actioner but in reality, it's a depressing character study that trudges along pointlessly at a snail's pace. The only thing interesting about it is that it has the ability to imbue the viewer with the same level of depression and hopelessness that the characters seem to suffer. Films like this have their place but should not be marketed as revenge-action projects. In days like these, when people are in desperate need of escapism for emotional survival, to falsely market a wrist-opener of a film like this as something that it's not is cruel and quite callous.
56 people found this helpful

lapisblueReviewed in the United States on August 4, 2020
5.0 out of 5 stars
INCREDIBLE! Great acting, shocking at every level.
Verified purchase
I couldn't look away. Shockingly bad things happen, and shockingly real consequences are shown in detail. Orlando Bloom moves far and beyond his heartthrob repertoire. And it's about time. We see the real cost of what his character has lived through, and very specific ways he shares the pain. Nothing like this level of frankness has ever been shown on film or TV.

We can only wish ALL these evil child-raping priests would be forced to confront and suffer for decades as their innocent victims suffer... if those victims survived at all.

For quality of acting and writing, I can't say I've seen anything better this year. As a survivor of protestant clergy sexual abuse, I know I haven't seen anything more valuable and memorable. And honest.

This is a topic, I mean, a reality, that is necessary to to transform. The Catholic Church, and likely other religions, have for at least a century, been hiding and recycling known sexual predators of children, and attempting to intimidate entire families who try to step up and tell the truth.

One more reason why spirituality and religion are separate. Parents, PROTECT YOUR CHILDREN.

If you haven't seen the excellent documentary THE KEEPERS, or the *inspired by true events* SPOTLIGHT [Liev Schriber, Michael Keaton] films, they are intriguing and show how little has actually changed, how closely certain groups within the Vatican still manage these real-world horrors, to extend the suffering by continuing coverup and intimidation strategies. And allowing known sexual predators to continue hurting children, families, and church communities. Those strategies have been successful for decades, even centuries.

This is really Oscar material. And a reminder of what we need to change most about religion, not just Catholicism.

BRRReviewed in the United States on November 12, 2020
5.0 out of 5 stars
Honest. Surprising. Brutal.
Verified purchase
It would take many pages to give this film a truly proper review, but this will be long enough as it is.

This film was surprising throughout and not nearly as murderously violent as the trailer suggests, though don't misunderstand, there certainly is physical violence. The real violence is psychological and emotional. This is one man's journey to finding and healing his inner child, a reckoning with the guilt and shame he's carried for years that adults chose for him when he was a boy and gave no thought to resulting consequences. It's a path to wholeness and forgiveness as an adult, that Malcom, who is unsure how to make sense of past trauma, continues to play out emotionally, physically, and metaphorically in his present life.

This is an honest film, and as such, is the hard truth about what child abuse can do to a person's life, and Malcolm (Malky) hurts many people on his journey, not the least of his victims is himself. Perpetuating abusive tendencies he has never come to grips with, he's adrift in a sea of confusion at the beginning of the movie.

If you were indoctrinated into the Catholic Church as a child and you suffered abuse in childhood at the hands of clergy, parents, or other adults, the proverbial "guilt" that this religion is known to assign by rote, can be magnified exponentially by that trauma. The depth of the damage from the child's viewpoint is dependent upon many things, including sensitivity, gender, upbringing, culture, environment, and parental maturity and guidance. In a religion that, arguably, can itself encourage psychological and emotional abuse by its very structure-and a Church infrastructure where the most convenient and the most vulnerable of us (children, women, elderly) are often used as scapegoats, objects, strawmen, and targets, the abuse is too often swept under the rug, disavowed, and are projected back onto the victim. Classic in its trope, many types of abuse hide behind religion in various forms often using gaslighting and extreme denial to convince the victim they cannot trust their own memories, instincts, and experiences. This can break the very foundation of trust in a child and prevent them from trusting themselves or others, and making it difficult or impossible to form healthy relationships.

This film does not address the complicit nature of the Church, only with one man's choices. In the end, we must decide what we will make even the most heinous of abusive events mean about ourselves. Realizing we can do so gives us the opportunity to rewrite history's narrative in our own emotional and psychological life. Ultimately, this story is about the choices and redemption of one man, the people who love him, those who judge him without meaning to, and his reckoning with himself and his "enemy as he finds the keys to his freedom.

This is an important film. This is not an "entertaining" film, though the performances are to be appreciated for being true, brutally honest, and well-acted. Bloom plays the main character with raw honesty, courage, and depth. The supporting cast is superb as well. More than once Malcom meets himself in a previous incarnation as he wrestles with his demons, so understand this film is full of symbolism and metaphor, religious and otherwise. During one sequence, Malcolm's hand is injured, a metaphor for the Crucifixion. You will fail to appreciate this film on multiple levels if you watch it only superficially.
18 people found this helpful

alanReviewed in the United States on July 26, 2020
1.0 out of 5 stars
The WORST movie. I couldn’t get through 15mins
Verified purchase
The worst movie. I could only get to minute 16 of this sick crap. That’s what I get for picking a movie from an instagram add. The worst!!!
26 people found this helpful

J. ReevesReviewed in the United States on July 25, 2020
4.0 out of 5 stars
A stunning character drama with great performances
Verified purchase
A very tight character study that asks great questions about trauma and abuse. Orlando Bloom has never been better and it has a fantastic supporting cast around him. Also the final 10 minutes are nothing close to what I expected so major points for that as well.
21 people found this helpful

Cassandra ColoradoReviewed in the United States on August 8, 2020
5.0 out of 5 stars
Excellent and heartwrenching
Verified purchase
I was riveted throughout. An excellent portrayal of the insidious life-long damage this trauma does to a child. Surprised by the ending. Well done!
19 people found this helpful

Be Know DoReviewed in the United States on November 10, 2020
5.0 out of 5 stars
Amazing film! Outstanding acting by Orlando Bloom.
Verified purchase
I'm assuming this movie received a negative rating because it goes against the Catholic's image of being an institution of Christ and its members being representatives of Christ.

This brings attention in a very in your face manner to the consequences victims go through on a daily basis.

It's an excellent film and IMO a must watch. It's honest. It's raw. It's thought provoking.
12 people found this helpful
See all reviews
Back to top
Get to Know Us
Make Money with Us
Amazon Payment Products
Let Us Help You
EnglishChoose a language for shopping. United StatesChoose a country/region for shopping.
© 1996-2022, Amazon.com, Inc. or its affiliates