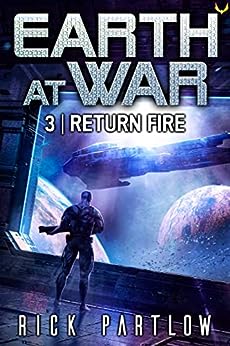 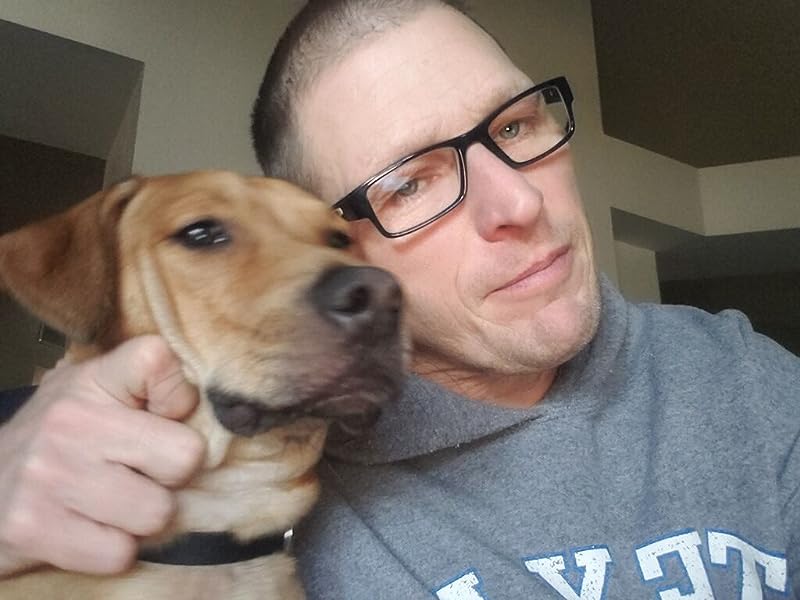 by Rick Partlow (Author) Format: Kindle Edition
Book 3 of 6: Earth at War
See all formats and editions
Sorry, there was a problem loading this page. Try again.
Earth is in turmoil.

But what else is new?

Next 4 for you in this series See full series
Total Price: $21.96
Books In This Series (6 Books)
Complete Series
Earth at War
Kindle Edition
Page 1 of 1Start OverPage 1 of 1
Previous page
Next page

Rick Partlow is that rarest of species, a native Floridian. Born in Tampa, he attended Florida Southern College and graduated with a degree in History and a commission in the US Army as an Infantry officer.

His lifelong love of science fiction began with Have Space Suit---Will Travel and the other Heinlein juveniles and traveled through Clifford Simak, Asimov, Clarke and on to William Gibson, Walter Jon Williams and Peter F Hamilton. And somewhere, submerged in the worlds of others, Rick began to create his own worlds.

He has written over 40 books in a dozen different series, and his short stories have been included in twelve different anthologies.

He is currently writing the best-selling Drop Trooper series for Aethon Books, a mil-SF alien invasion series, as well as the Earth at War series for Pramantha Publishing.

He lives in northern Wyoming with his wife and a goofy blackmouth cur. Besides writing and reading science fiction and fantasy, he enjoys outdoor photography, hiking and camping.

To subscribe to Rick's newsletter, go to this link: https://www.subscribepage.com/o1m0u1

The following are the series in Partlow's Birthright universe with a suggested series reading order:

Atreuyu
5.0 out of 5 stars So well scripted
Reviewed in the United States 🇺🇸 on August 9, 2022
Verified Purchase
I have read books, Specifically sci-fi books for over 50 years. Cutting my teeth on Heinlen, Asimov, Keyes-Moran, and Scott-Card. Then a new genre, the litrp books started coming out and I enjoyed them, although I missed the traditional sci-fi genre of clear, defined character creation. When I first found Rick Partlow I was lamenting the fact that I was kind of stuck in a place where most of what I read was good, but not classic. Then I found the drop trooper series and was blown away.
Not only was there wonderful character development, which was clear and concise but also the wittiness of Asimov's tongue in cheek style of sarcasm and banter.
Rick writes incredibly intelligent and precise, yet it feels like those old Heinlen books of yesteryear where you can not put it down.
I have read over 30+ of his books since my discovery of Mr. Partlow in 2020, and as long as he keeps writing, I'll read them!
Thank you Mr. Partlow for this rich Military Sci-fi genre that has completing captivated me!!
Read more
One person found this helpful
Helpful
Report abuse

Daniel Winegarden
5.0 out of 5 stars Is it a spacecraft or a spaceship?
Reviewed in the United States 🇺🇸 on April 27, 2022
Verified Purchase
Interstellar war comes calling. The odds are desperate. What's a Marine to do? But fight on. Even with the help of Army Rangers and Space Force airedales. Interservice rivalries, traditions, and even lingo contend to settle the question, will space be the realm of the Army Space Force or a Space Navy with Space Marines. This line of inquiry is a bit of gallows humor as America's fledgling space-borne military struggles to survive against enemies both foreign and alien. The bigger question of survival is by necessity grimmer and darker. But desperate times raise up unexpected heroes. And require extraordinary sacrifices. The brave few fight on despite overwhelming odds. In death ground, fight.

Heartlady
5.0 out of 5 stars well done
Reviewed in the United States 🇺🇸 on January 4, 2022
Verified Purchase
Same as last review, everything you could ask for in this genre, military sci-fi. Plot, characters, settings, tech, all you could ask for…except the disposition of enemies from earth, Russians and Chinese. It would be therapeutic for me, a career military man, to see those communists along with all the rest, to meet there demise, yelling and screaming there way to Hell. There is NOTHING redeemable about them! They need to be exterminated right down to the last man, woman, and child, no exceptions! If the rest of us have a chance, it will only be with all of them gone! They are reprehensible to the last! Unfortunately, in our world, nobody has the guts to do what is necessary. I’d at least like to see them destroyed in a fiction work, hence the therapeutic effect I desire but will never see. They will destroy us all if we don’t end them. This is assured. If you don’t believe me, read history! Written by real historians, not the leftists our universities are churning out these days! You will see. Anyways, good story, I look forward to more.
Read more
One person found this helpful
Helpful
Report abuse

Tim
5.0 out of 5 stars Return Fire (Earth at War Book 3)
Reviewed in the United States 🇺🇸 on December 30, 2020
Verified Purchase
Return Fire, the third book in the Earth at War series, ratchets up every situation from the first two books.  The tensions between the nations on Earth are at an all-time high and the likelihood of the Alliance allowing humans into their numbers seems lower than ever.  And in the idle of all this is Andy Clanton, a hack science fiction writer, a PTSD-stricken Marine, a recovering alcoholic, an absentee father who is trying to get his life together, and maybe the only man who can save the world.
I’ve read all of Rick Partlow’s books and Andy Clanton is by far my favorite character he’s ever written.  Flawed, vulnerable, scared but self-aware and always trying to do the right thing even when he really doesn’t want to.
Do yourself a favor and read this series, you’ll thank me later.
Read more
One person found this helpful
Helpful
Report abuse
See all reviews

BarryD
4.0 out of 5 stars Great story, but it grinds along sometimes
Reviewed in the United Kingdom 🇬🇧 on May 28, 2021
Verified Purchase
Impossible challenges, inept aliens, great writing. Likeable characters but I found myself skipping ahead pages as we would grind though another do or die action scene with a Hail Mary pass at the end. The author is great at description, but he’s sudden death to his characters. I look forward to book 4 and will explore his other works though as he’s got style.
Read more
Report abuse

TTB
5.0 out of 5 stars Excellent different twist on Military sci Fi
Reviewed in the United Kingdom 🇬🇧 on January 16, 2021
Verified Purchase
Thoroughly enjoyed the 3 book series.I liked the idea of a sci-fi author suddenly living his books.
Be interested if there were more to come in the series
Read more
Report abuse

doggyman
5.0 out of 5 stars Want more Rick
Reviewed in the United Kingdom 🇬🇧 on December 30, 2020
Verified Purchase
Have read and thoroughly enjoyed all three and just have one question to ask, when is the next one out.
Read more
Report abuse

Amazon Customer
5.0 out of 5 stars An amazing read
Reviewed in Australia 🇦🇺 on December 27, 2020
Verified Purchase
This series keeps going from strength to strength. It is so entertaining that is hard to put a book down once you start reading it. I recommend this series to anyone that loves a great read.
Read more
Report abuse

Martin
5.0 out of 5 stars Entertaining
Reviewed in Australia 🇦🇺 on January 27, 2021
Verified Purchase
This trilogy does not lose any speed in its narrative which so often happens over three books - great fun
Read more
Report abuse
See all reviews
Report an issue
Does this item contain inappropriate content?
Report
Do you believe that this item violates a copyright?
Report
Does this item contain quality or formatting issues?
Report